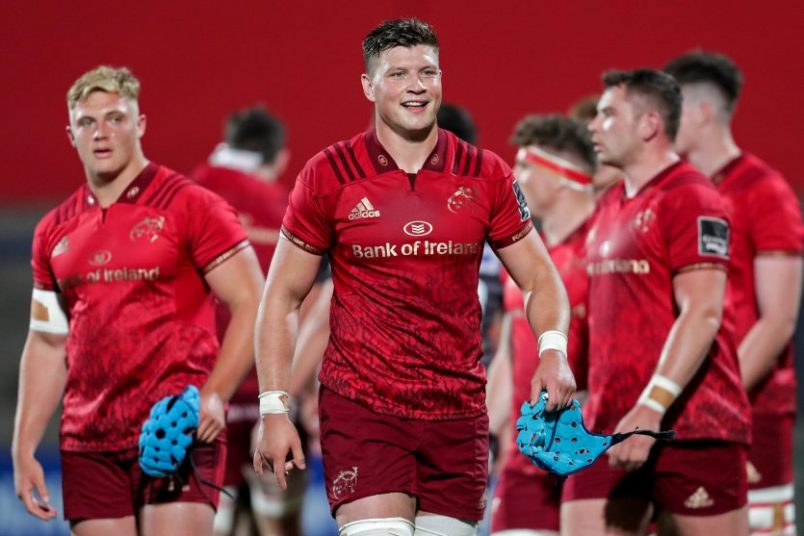 The Munster team has been named for Sunday’s Guinness PRO14 clash against the Cheetahs at Toyota Stadium (4.45pm local time, 2.45pm Irish time).

Tyler Bleyendaal captains the side from inside centre with Bill Johnston and Fineen Wycherley making their first starts in the Guinness PRO14.

There are nine changes to the starting XV that secured a last-gasp win over Glasgow in Limerick last weekend with three Academy players in the matchday squad.

Four changes to the backline see Shane Daly, Alex Wootton, Bleyendaal and Johnston all come into the side.

Mike Haley continues at full-back as Academy player Daly starts on the right wing with Alex Wootton, a try-scoring replacement in the win over Glasgow, on the opposite flank.

Bleyendaal makes his 40th appearance for Munster and features in the PRO14 for the first time since February with Sammy Arnold completing the centre partnership.

Alby Mathewson and Johnston combine in the half-backs.

James Cronin joins O’Byrne and Archer in the front row with Jean Kleyn partnering O’Shea in the second row.

Wycherley and Botha are joined by Chris Cloete in the back row.

Academy players Sean O’Connor and Gavin Coombes are named among the replacements. 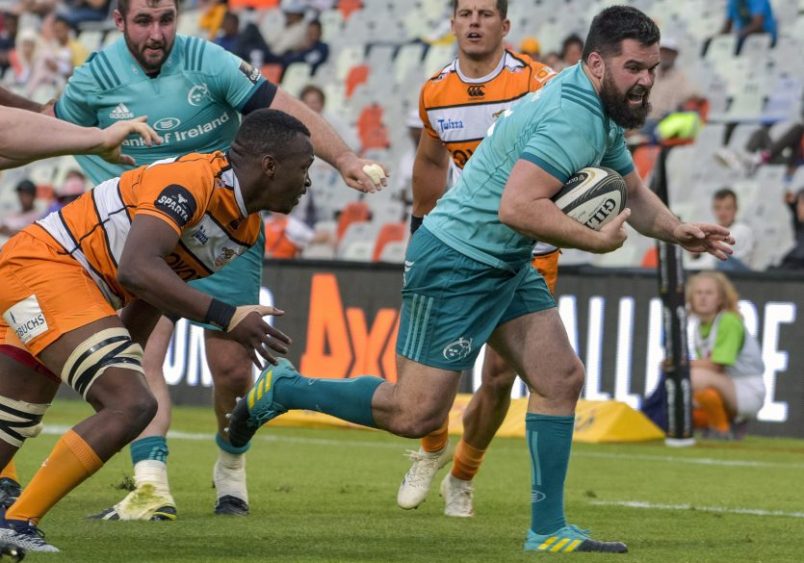 Kevin O'Byrne runs in for a try.

Munster held on to secure a vital bonus-point win over the Cheetahs in the Guinness PRO14 on Sunday afternoon.

Johnston, Fineen Wycherley and Liam Coombes, who was a late inclusion for Sammy Arnold, made their first PRO14 starts in the clash with Coombes making his senior competitive debut.

Four Academy players played their part with Coombes and Shane Daly starting as Gavin Coombes and Sean O’Connor featured off the bench.

An excellent start from Johnston in his first PRO14 start saw the out-half keep the Cheetahs pinned back in their own half with intelligent and well-executed kicking.

Cheetahs did waste a superb early opportunity after breaking through Munster in midfield but the final pass to Rabz Maxwane was dropped and the chance was gone.

A Munster maul was dragged down after 10 minutes and Johnston made no mistake with the tricky penalty to give Munster a 3-0 lead.

Botha was over for the first try on 15 minutes after excellent work from the Munster scrum. Alby Mathewson went for the quick tap from a scrum penalty and although he was stopped just short, Botha was on hand to touch down for an 8-0 lead.

A magnificent try-saving tackle from Alex Wootton then saved a certain score with the winger showing brilliant pace the drag down Maxwane with the try line beckoning.

Liam Coombes made a vital tackle in the left corner before Chris Cloete was sent to the sin bin on 26 minutes for kicking the ball in a ruck with Cheetahs kicking the penalty to the corner.

Hooker Joseph Dweba touched down from the rolling maul. Tian Shoeman was unlucky to see his conversion blown off the tee and his drop-kick was off target as Munster led 8-5.

Excellent work from Wootton and Botha got Munster back on the attack on the half hour but Cheetahs managed to win the ball at the breakdown to relieve the pressure.

Munster did get over for their second try just before the break with O’Byrne doing superbly to score after another well worked rolling maul. The hooker picked the perfect time to break off and showed impressive speed to score.

Johnston made no mistake with the conversion as Munster led 15-5 at the interval.

Munster made the perfect start to the second half and were over for a third try on 45 minutes after excellent combination play from O’Byrne and Johnston.

Johnston floated the telling pass for Coombes to score in the right corner and added the conversion for a 22-5 lead.

A clever lineout move from the Cheetahs saw Ox Nche go over for the second Cheetahs try with Schoeman’s conversion reducing the Munster lead to 10 points with 28 minutes remaining.

Cheetahs were in for their third try just before the hour as captain Shaun Venter made a clever break around the fringes of the ruck before finding Dweba on his shoulder.

Schoeman added the conversion and Munster led 22-19 as we entered the final 20 minutes.

Cheetahs took the lead for the first time on 64 minutes as Schoeman and Venter combined to put Rhyno Smith over with the conversion giving Cheetahs a 26-22 lead.

Munster bounced back and were in for their fourth try on 68 minutes as Ian Keatley put Haley in for a vital score to move the province one point ahead.

A superb long-range Rory Scannell penalty moved Munster 30-26 in front as we entered the final minutes.

Cheetahs won a late penalty and kicked to the corner but heroic late Munster defence saw the province claim the win.

Kevin O’Byrne was awarded Man of the Match.

Bill Johnston, Liam Coombes and Fineen Wycherley made their first starts in the PRO14.

The win sees Munster up to second in Conference A of the PRO14. 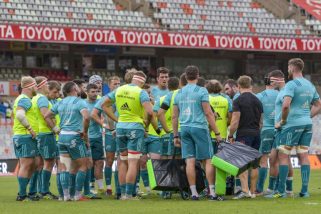 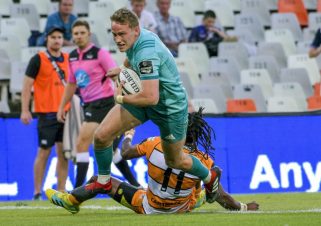 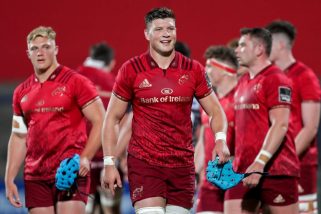 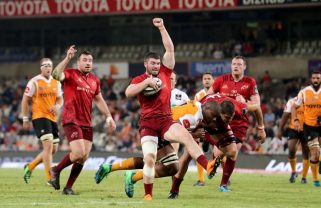 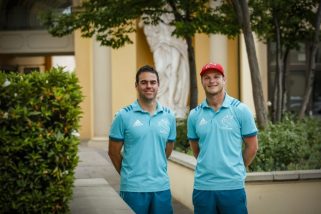 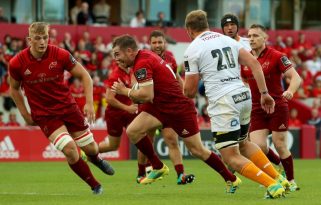