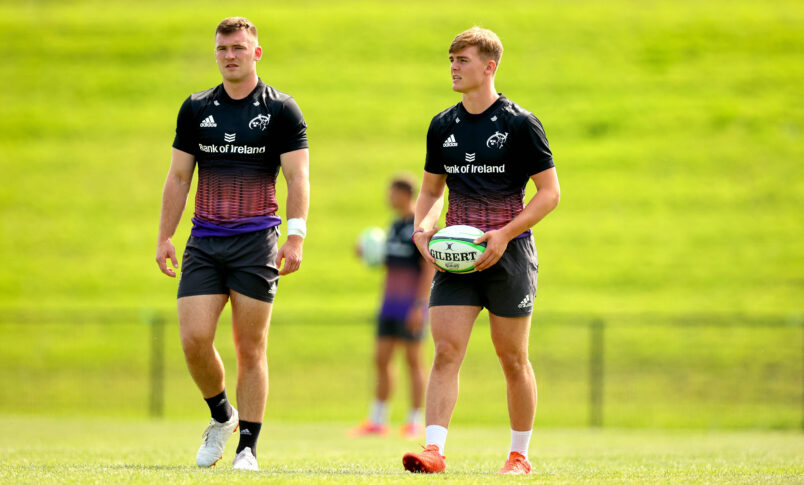 Matt Gallagher starts at full-back with Jake Flannery starting at out-half for the first time. Inpho

Seven of the 19 Munster players who were in AIL action last weekend are included in the squad. 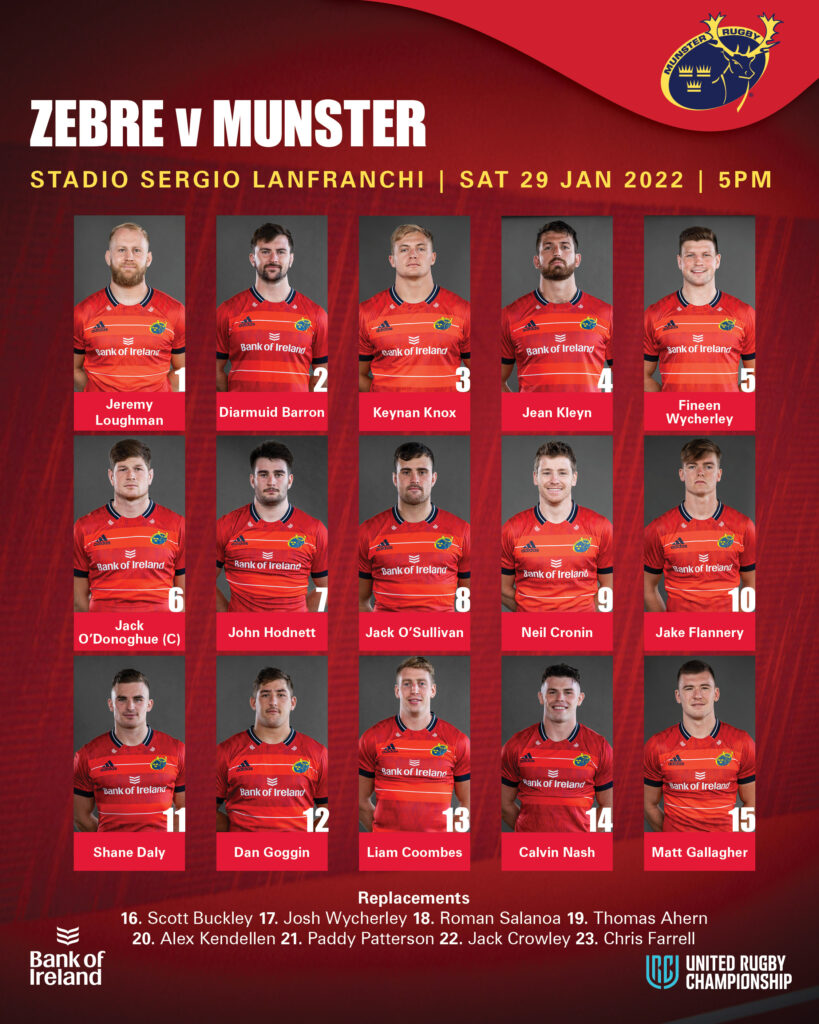 Jack O’Donoghue captains Munster with 11 changes to the side that defeated Wasps 45-7 last week.

Jean Kleyn keeps his place to start on his 100th Munster appearance. The Ireland international lock has been a fantastic addition to the squad since joining the province in July 2016. Read more about his time at Munster here.

Jake Flannery starts at out-half for the first time on his fifth Munster appearance and winger Calvin Nash returns from an ankle injury for his first appearance since September.

Matt Gallagher, Nash and Shane Daly form the back three with a centre partnership of Dan Goggin and Liam Coombes. Goggin and Coombes lined out on opposite sides of last week’s Limerick derby between Young Munster and Garryowen.

Neil Cronin and Flannery are in the half-backs.

Jeremy Loughman, Diarmuid Barron and Keynan Knox pack down in the front row with Kleyn and Fineen Wycherley in the engine room.

Hear from Fineen Wycherley and Forwards Coach Graham Rowntree ahead of the game. 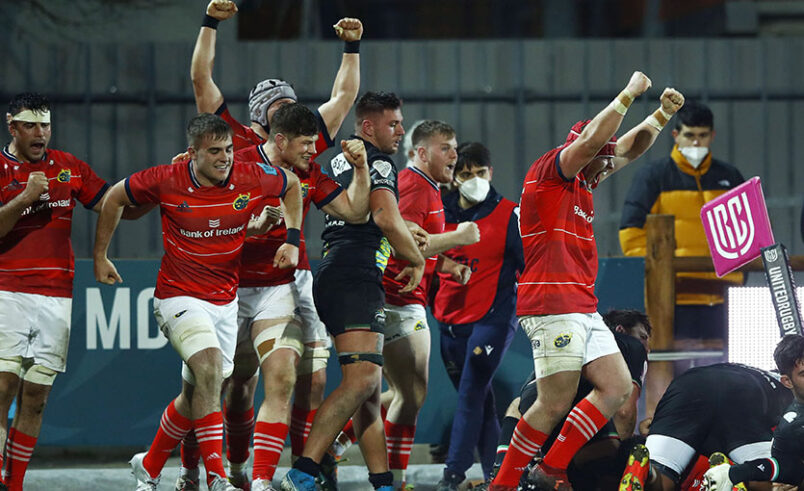 Munster made it six wins from eight in this season’s United Rugby Championship with a 17-34 bonus-point victory against Zebre at the Stadio Sergio Lanfranchi in Parma.

Three first half tries from Jack O’Donoghue, Dan Goggin and Fineen Wycherley, a penalty from Jack Crowley and two conversions from Jake Flannery gave Munster a strong platform as they entered the interval with a 7-22 lead.

The home side frustrated Munster in the second half  and they added a penalty early on but further tries from Josh Wycherley and Diarmuid Barron ensured the victory and the bonus-point.

Zebre had a chance to open the scoring after two minutes of the first half but Timothy O’Malley’s long range penalty attempt drifted wide.

The opening 15 minutes was a scrappy affair with both teams guilty of some unforced errors. Some early attacking passages from Zebre saw some good Munster defending come to the fore with Diarmuid Barron winning an important turnover.

As the first half wore on, Munster began to stamp their authority on the game. Some good work from Calvin Nash saw the Limerick winger kick the ball up the touchline and tackle the Zebre out-half into touch in what was a good territorial gain.

Jack Crowley, who replaced Jake Flannery as a temporary blood substitution, put Munster into the lead after 18 minutes when he kicked a successful penalty after Zebre infringed at the breakdown.

Just a few minutes later, John Hodnett made a scything line break which brought play up to the Zebre 22′. From this passage of play, the ball was spread wide to Nash who produced an excellent offload in the tackle to set Liam Coombes free. The Skibbereen man drew in the last defender before releasing O’Donoghue who touched down in the corner.

Crowley’s conversion from the touchline was just wide of the post as Munster took a 8-0 lead entering the final 15 minutes of the first half.

Some good work in the scrum from Jeremy Loughman saw a penalty awarded to Munster. From the resulting lineout in the Zebre 22′, Flannery showed some excellent footwork to get close to the try line but his offload to Neil Cronin was just a little low for the scrum-half to collect.

Johann van Graan’s side continued to apply the pressure as Zebre attempted to clear their lines and their reward was another input to the lineout on the home side’s 22m line.

From the resulting lineout, a great running line against the grain from Dan Goggin saw him burst through the Zebre defence. The Limerick man showed excellent strength and power to dot the ball down despite some tackle attempts fromthe Italian side.

Flannery’s conversion ensured a 15-0 lead for Munster with 10 minutes remaining in the first half.

A good grubber kick from Flannery saw Zebre throw into a lineout on their own 5m line, however, the throw was crooked which gave Munster a good platform to seek their third try of the game.

Unfortunately for Munster, Flannery’s pop pass in the last few moments of the first half was picked off by Erich Cronje. The Zebre outside centre went untouched as he crossed underneath the posts. The subsequent conversion saw Munster take a 7-22 lead into half-time.

Zebre added a penalty at the beginning of the second half reduce the deficit to 12 points.

At the midway point of the second half, Zebre enjoyed their best passage of play but some superb, disciplined Munster defence kept the home side at bay after they went through over 20 phases close to the Munster line.

Munster kicked on from this point and they enjoyed some periods of possession in the Zebre 22.

After a series of close range carries, Josh Wycherley did incredibly well to stretch and plant the ball over the line to make it two tries for the Wycherley household on the night and ensure the bonus-point.

Flannery’s conversion gave Munster a 10-29 lead and they made it 10-34 when Munster’s maul proved too powerful as Diarmuid Barron touched down.

In the final 10 minutes, Zebre dominated territory and they were rewarded for their efforts as Junior Laloifi crossed under the posts for their second try with the clock in the red.

Jean Kleyn made his 100th appearance for Munster since joining the province ahead of he 2016/17 season.

Neil Cronin was awarded the Player of the Match.

Brothers Josh and Fineen Wycherley both scored tries for Munster. Josh’s 66th minute try was his first for Munster.

Ethan Coughlan earned his second appearance for Munster when introduced from the bench in the final 10 minutes.

This was Munster’s fourth consecutive victory since the narrow defeat to Connacht on New Year’s Day. 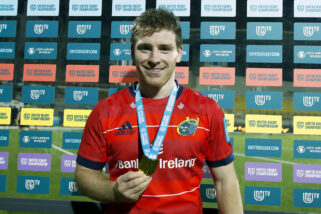 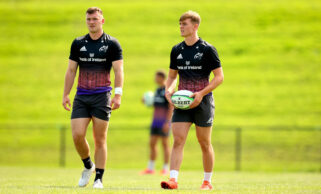 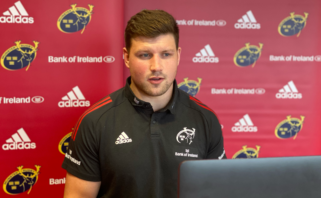 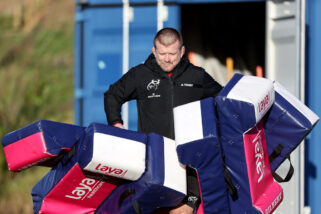 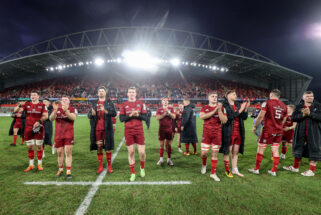