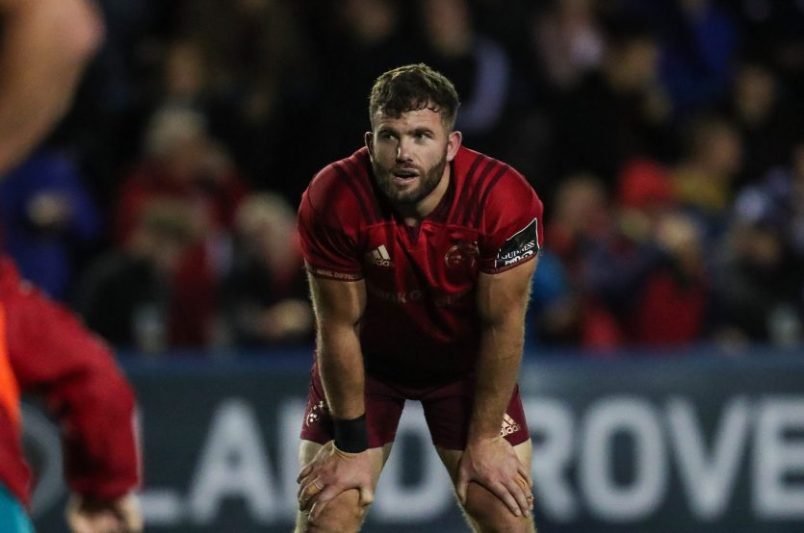 Jaco Taute captains Munster for the first time against Ulster on Friday night in Belfast.

The Munster side has been named for Friday night’s Guinness PRO14 clash against Ulster at the Kingspan Stadium (7.35pm, live on eir Sport and Premier Sports).

Jaco Taute captains Munster for the first time as Head Coach Johann van Graan makes 13 changes to his side.

Mike Haley is named at full-back once again with Darren Sweetnam returning from an injury sustained on international duty to start on the right wing with Alex Wootton on the opposite flank.

Sammy Arnold keeps his place at outside centre and partners Taute in midfield with Alby Mathewson and JJ Hanrahan in the half-backs.

Jeremy Loughman, Kevin O’Byrne and Stephen Archer pack down in the front row as Jean Kleyn returns from injury to partner Darren O’Shea in the engine room.

Conor Oliver makes his first start of the campaign having missed the opening months of the season through injury and is joined in the back row by Fineen Wycherley and Arno Botha.

Fit-again Tommy O’Donnell is among the replacements along with Academy duo Gavin Coombes and Shane Daly.

Press Pass | Hear the thoughts of Johann van Graan, Alby Mathewson and Jean Kleyn ahead of the clash 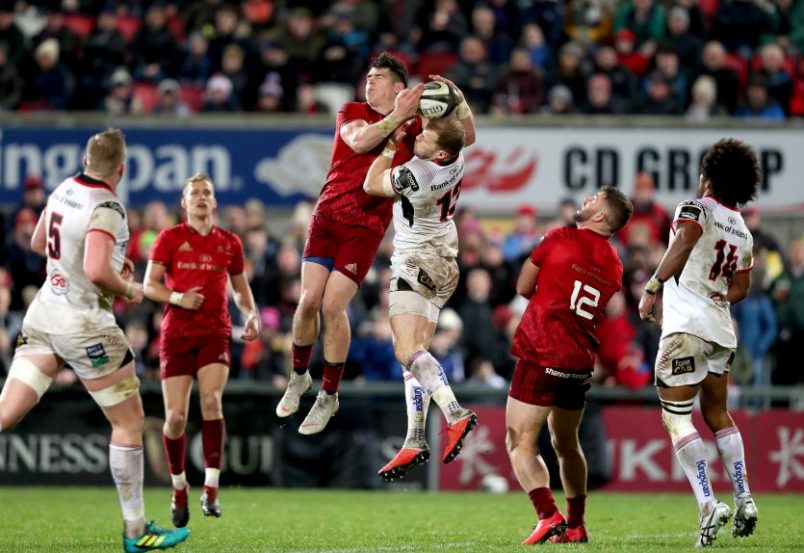 Alex Wootton competes for the ball with Will Addison Inpho

A much-changed Munster side travelled to Kingspan Stadium this evening looking to bounce back from last weekend’s defeat away to Castres in the south of France by completing the double over provincial rivals Ulster.

The last time these two sides met it was a convincing 64-7 victory for Johann Van Graan’s men, but with quite different circumstances attached to tonight’s encounter, coming away with a victory was always going to be a far more challenging prospect this time around.

Right from the kick off Ulster’s 21-year-old winger Robert Baloucoune showed his inexperience with an overly enthusiastic tackle on Darren Sweetnam in the air. The collision left referee Sean Gallagher little option but to issue the youngster with a card, yellow on reviewing it with the TMO, and grant JJ Hanrahan the chance to clear Munster’s lines.

On ten minutes, Munster found touch just outside the Ulster 22 where centre Will Addison was pinged for straying offside. The penalty allowed out-half Hanrahan to give Munster a 3-0 lead moments before Baloucoune returned to the fray following his time on the touchline.

The second score of the contest was tough to come by, with the men in red impressive in defence, and the scoreboard remain unchanged right up until the half hour mark when Addison made amends as he found space.

Stepping his way around tacklers, the 26-year-old Ireland international brought the Ulstermen deep into Munster territory where the pressure forced the visitors into leaking a penalty inside their own 22. Billy Burns found touch, former Munster man Ian Nagle brought the ball down for the maul and the Ulster pack powered their way forward to the try line before captain Rob Herring broke away to burrow his way over. Burns was on hand to convert the score, making it 7-3.

Munster kicked off the second half hoping to convert their first half endeavours into points but it was Ulster who enjoyed the lion’s share of possession in the opening exchanges. Johann Van Graan’s men were forced to defend well for the bones of ten minutes but got their reward with their first attack of the half when Addison was penalised for a high tackle. The in-form Hanrahan stood up to duly make it a one point game.

Munster unloaded the bench and looked to be making some in-roads until the hour mark when replacement hooker Rory Best made his mark with the offload to set the hosts darting down field.

Some tidy passing play later and flying winger Baloucoune was on hand to mark his first interprovincial derby with a try. Burns again converted, bringing the game to 14-6.

Munster’s reply was promising. The first visit to the Ulster 22 saw the men in red come away empty-handed, but minutes later Bill Johnston reduced Ulster’s lead to five points as he showed good composure to add his first penalty on 65 minutes after the ball had initially fallen off the kicking tee in the conditions.

With 75 minutes on the clock, Dan McFarland’s side were chasing further try scoring opportunities and battered the Munster line phase after phase. The defence stayed strong just as it had throughout the evening, but with a penalty advantage in their favour, the referee brought play back and Billy Burns knocked the ball into the corner.

The lineout maul was set and not for the first time, Best showed all his class and skill to slip away a neat offload and put substitute scrumhalf David Shanahan away in the corner for the game-clinching score. Burns failed to convert, but the scoreline read 19-9 in Ulster’s with just two minutes remaining.

Munster would however, have the consolation of the losing bonus point when awarded a penalty kick in the game’s final seconds.

Johnston stood up for the second time of the evening and struck well under pressure to snatch an important point on the road.

Jaco Taute captained the side for the first time.

Academy players Gavin Coombes and Shane Daly both featured off the bench.

With 13 changes from the previous week Jean Kleyn, Darren Sweetnam and Tommy O’Donnell all returned from injury.

Munster remain second in Conference A of the Guinness PRO14. 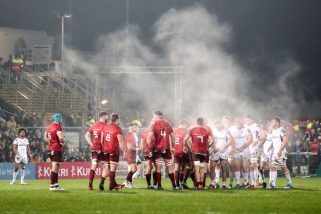 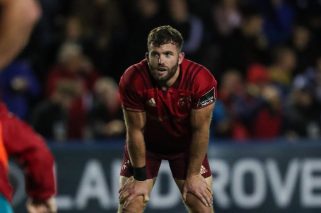 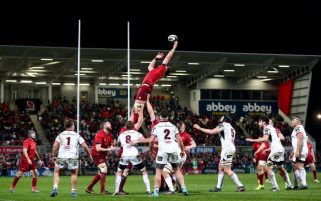 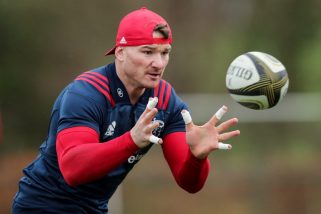