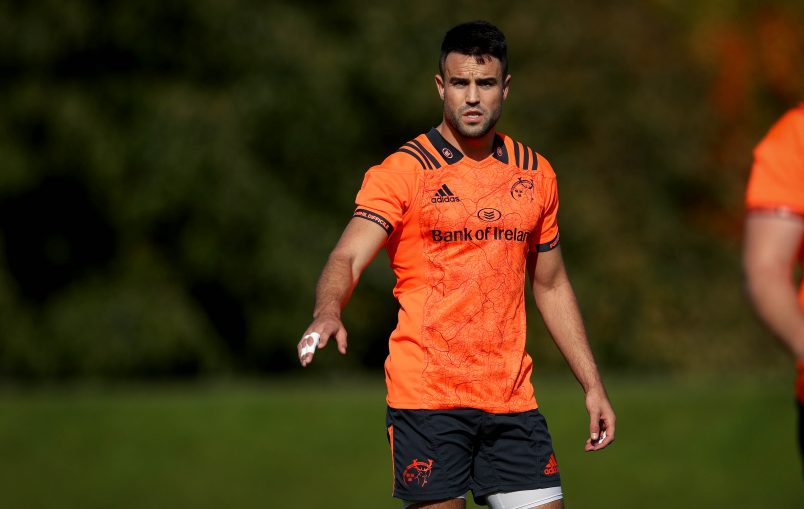 Conor Murray is back in the red of Munster this weekend. ©INPHO/Ryan Byrne

O’Mahony and Stander are among six changes to the pack with the international front row trio of Dave Kilcoyne, Niall Scannell and John Ryan all making their first starts of the season.

Robin Copeland is another to make his first start of 2017/18, doing so alongside Billy Holland in the second row.  Tommy O’Donnell remains in situ at openside with O’Mahony and Stander returning at 6 and 8 respectively.

Murray and Ian Keatley come in at half-back as does Jaco Taute in midfield. Partnering Rory Scannell, the South African takes charge of the outside channel for the first time this season.

No change in the back-three combination – Alex Wootton, Darren Sweetnam and Andrew Conway have to date started every game of the campaign.

Named on the bench, following a two-season spell at Northampton Saints, JJ Hanrahan is in line for his first Munster appearance since the 2015 PRO12 Final in Belfast.

Shannon lock Sean McCarthy is included in his first matchday squad this season, while new arrival from Saracens, Mark Flanagan, could make his Munster debut off the bench.

Tickets can be purchased online at munsterrugby.ie, from the Munster Rugby Ticket Offices in Thomond Park and Irish Independent Park or at the ground on matchday from 9am. 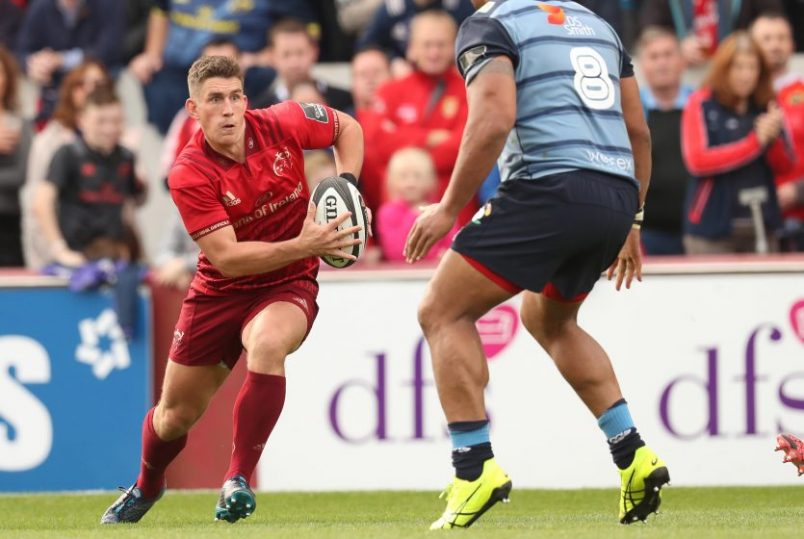 Ian Keatley in action against the Cardiff Blues. INPHO/Billy Stickland

Although Cardiff Blues led 16-13 at the interval the visitors ran out of steam in the end with Munster showing a marked improvement to score 26 unanswered points in a powerful second half display, securing a 39-16 bonus point win in Thomond Park this afternoon.

The province returned to winning ways with tries from Conor Murray, John Ryan, JJ Hanrahan and Robin Copeland and 14 points from the boot of man-of-the-match Ian Keatley.

With a willingness to play, the men in red were stopped in their tracks time and time again with Cardiff Blues making life difficult for the hosts in the opening forty, kicking into territory and capitalising on some narrow defence.

Blues’ number 10 Jarrod Evans kicked well from the tee and opened his account after seven minutes when Darren Sweetnam was penalised for offside.

However, minutes later the province capitalised on some go-forward ball after CJ Stander opted to take a quick penalty and returning Lions’ scrum-half Conor Murray touched down at the base of the post.

The visitors were quick to reply and again were on the front foot thanks to an Evans penalty and converted try from number 6 Josh Turnbull.

Both sides struggled with the breakdown and referee Quinton Immelman had a busy afternoon on the whistle with penalties exchanged for similar infringements.  Evans’ made no mistake with his 50 metre effort on the half hour mark before Keatley had the last word with the final chance of the half, reducing the deficit to 3 points.

With an improved exit strategy, patience and composure, the tries came in the second forty.

An excellent reaction saw the scrum used as a foundation point and the side found momentum, with the return of JJ Hanrahan adding a further gear, while Ian Keatley continued to control the game at 10.

There were numerous scrum penalties against the visitors with Munster in an attacking position and prop Taufa’ao Filise eventually saw yellow eight minutes in.

Making the numerical advantage count Munster crossed for a brace with John Ryan and JJ Hanrahan both dotting down.  Hanrahan was on the field two minutes after making his first appearance for the province since returning from Northampton and found himself at the end of a Rory Scannell pass after the centre made a super break.

The bonus point was then secured at the beginning of the final quarter.  Replacement centre Chris Farrell ran a direct line to bring play into the Cardiff half before Conor Murray showed some impressive footwork out wide with Robin Copeland on hand to bundle over from close range.

The Munster men continued to play the ball at pace and the influential half-back pairing of Murray and Keatley set up Hanrahan for his second, and Munster’s fifth, nine minutes from time.

Guinness PRO14 round 5 round-up:  Jaco Taute was stretchered off after 19 minutes with a potentially concerning knee ligament injury.

Ian Keatley was awarded the MOTM.

Munster’s Lions trio of Captain Peter O’Mahony, Conor Murray and CJ Stander all made their seasonal debuts.  JJ Hanrahan returned to Munster action for the first time since May ’15 while Sean McCarthy also featured off the bench for his second Munster appearance, and undoubtedly it was a historic moment for the village of Currow in Co. Kerry with both players securing representative honours together in the pro era. 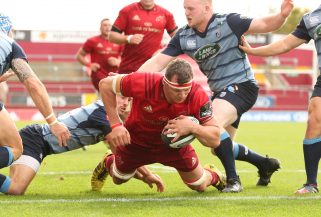 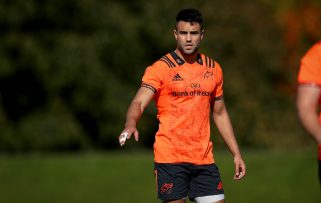 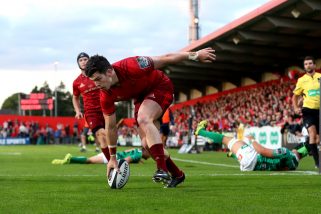 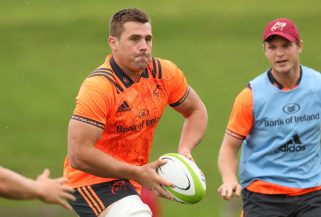 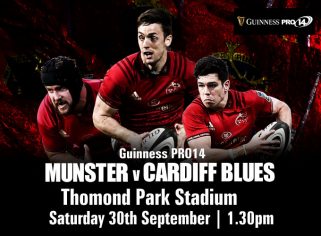 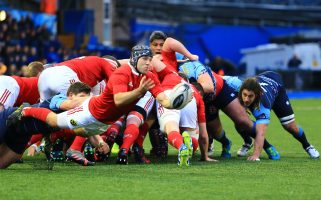 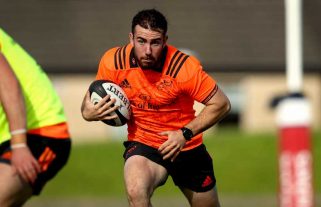 See You For Munster v Cardiff