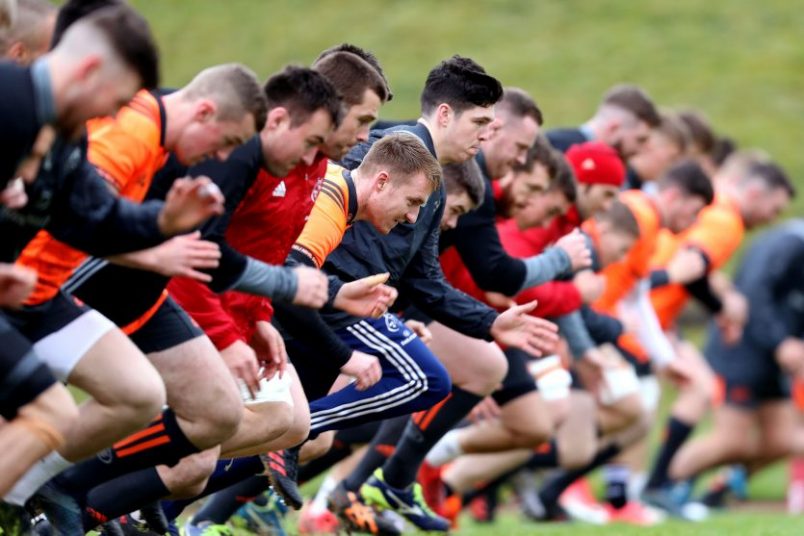 Munster players warm up at training in UL during the week. INPHO/Bryan Keane

Returning to the side are Rhys Marshall and Andrew Conway with both players successfully completing their return to play protocols.

Keith Earls and Tommy O’Donnell are also named to start for the first time since Connacht in round seven.

In the back three, Earls takes the place of Alex Wootton on the wing while Conway replaces Simon Zebo at fullback, joining Darren Sweetnam who once again retains the number 14 jersey.

The midfield paring of Rory Scannell and Sammy Arnold, and half backs of Conor Murray and Ian Keatley are as they were.

O’Donnell completes an international back row that includes last week’s try scorer CJ Stander and Captain Peter O’Mahony who becomes the latest player to make 100 appearances for the province.

Kleyn and Holland continue their second row partnership as Marshall joins the unchanged props of Dave Kicoyne and Stephen Archer.

Named in the replacements is James Cronin who is returning from a calf injury sustained while playing for the Barbarians against Tonga in November.

With additional seating put in place and an increased capacity of 26,267, all tickets have now been sold for the Guinness PRO14 encounter which has also been nominated as Munster’s official “Charity Match” in aid of our charity partner, Irish heart Foundation.

€1 from each match programme sold on St. Stephen’s Day will be donated to the charity. 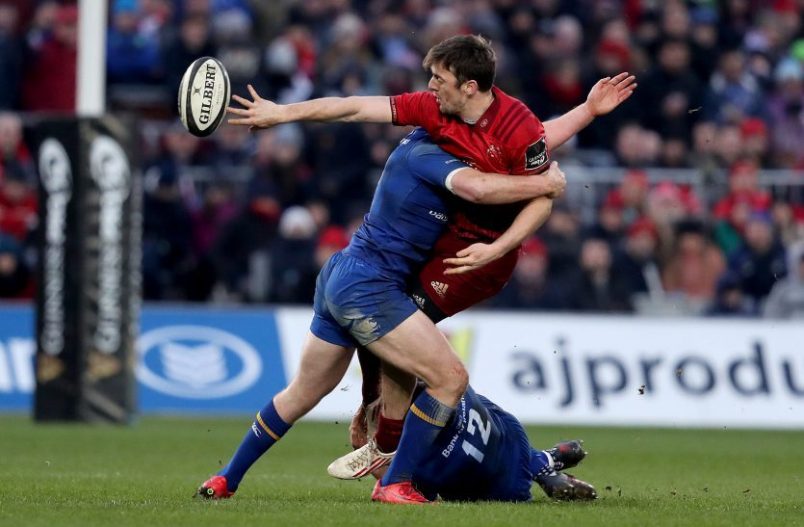 Munster fell to a 34-24 loss to Leinster in front of a capacity 26,267 crowd at Thomond Park in the Guinness PRO14 on St Stephen’s Day as Munster suffered their first home loss since a defeat to Scarlets in February.

Leinster led 27-5 at the interval and Munster mounted a serious comeback after the break with Ian Keatley and Andrew Conway (two) both touching down but Leinster held on for the win.

Leinster made the perfect start with a penalty from Byrne within two minutes. The visitors’ tails were well up when Leavy collected a pinpoint Byrne crossfield kick to score in the corner as the out-half’s conversion gave Leinster a 10-0 lead.

And to complete a dream start, Byrne made it 13-0 after 13 minutes with his second penalty

Munster hit back through a Conor Murray try in the 18th minute after the pack made the hard yards before the scrum-half showed skill and strength to dive over and make it 13-5.

Leinster moved further clear minutes later as referee Nigel Owens awarded a penalty try and yellow-carded Andrew Conway after the winger was deemed to have taken out James Lowe as they chased a Leinster kick.

Leinster were clinical with the extra man and scored their third try, a breakaway effort from Robbie Henshaw, to make it 27-5 after 24 minutes.

Munster made a much better start to the second half and were on the attack almost from the off as Peter O’Mahony won back possession with a turnover.

The hosts’ second try arrived on 46 minutes as Keatley sliced through a gap after more immense work from the pack and the out-half slotted the conversion to make it 27-12.

The momentum was now with Munster and they were in again after a searing Conway run down the right wing for a brilliant score with Keatley brilliant with the touchline conversion to cut the Leinster lead to eight, 19-27.

The atmosphere was electric in Thomond as the crowd really got behind the team but Munster were hit by a Leinster sucker punch when Jordan Larmour collected a garryowen and took off on an excellent mazy run to score despite the best efforts of Simon Zebo.

Munster finished strongly and Zebo set up Conway to score his second try in the right corner to make it 34-24 but Leinster claimed the win.

Keith Earls and Rhys Marshall were late changes with Earls ruled out through illness and Marshall presented with further symptoms following his recent concussion. Alex Wootton and Kevin O’Byrne started on the wing and at hooker.

Peter O’Mahony made his 100th Munster appearance in the game.

James Cronin returned from a calf injury to feature off the bench for his first Munster appearance since November.

The defeat was Munster’s first in Thomond Park since February. 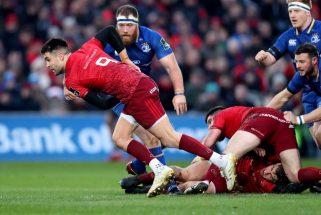 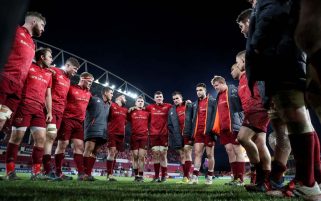 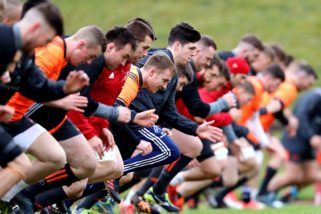