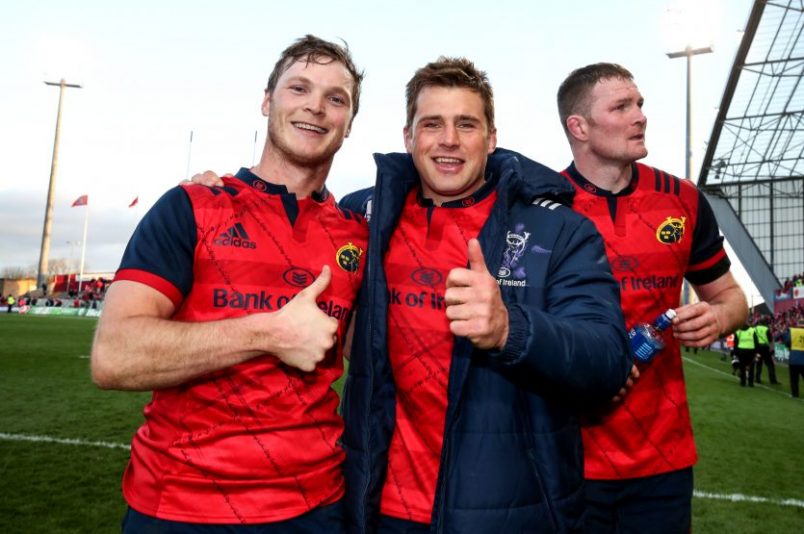 Director of Rugby Rassie Erasmus has named his match-day 23 for Munster’s Champions Cup semi-final against Saracens at the Aviva on Saturday, 3.15pm.

CJ Stander has overcome the ankle injury sustained against Toulouse in the quarter-final stage to be named in the starting XV.

Stander is one of five changes to the side that defeated Ulster in the Guinness PRO12 last weekend in Thomond Park.  The Ireland international, most recently named in his first Lions squad, is the only change to the pack as he joins Lions’ colleague Peter O’Mahony and Tommy O’Donnell in the back row.

An unchanged front five sees Dave Kilcoyne, Niall Scannell and John Ryan scrum down in the front row while the squad’s most capped duo of Donnacha Ryan and Billy Holland continue their second row partnership.

With late changes to the side last weekend the half back pairing of Duncan Williams and Tyler Bleyendaal return to start for Saturday’s encounter.

Centre Jaco Taute also makes a return as he resumes his European midfield partnership with Rory Scannell who has been deemed fit to play after a knock to his ankle last weekend.

The final change comes by way of winger Andrew Conway who joins Keith Earls and Simon Zebo in the back three.

Named in the replacements is Jean Deysel who will make his Champions Cup debut if sprung from the bench. 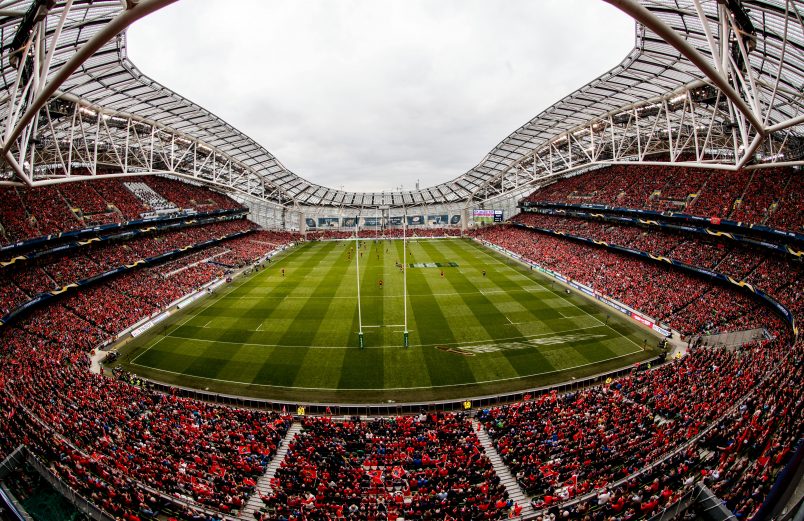 A memorable European Champions Cup campaign finally came to an end this afternoon for Munster, as they succumbed to reigning European champions Saracens at the Aviva Stadium this afternoon.

The hosts kept it tight against a Saracens that have been scoring freely thus far in this competition but were left frustrated going forward, and after Mako Vunipola’s crucial opening try 53 minutes in the favourites showed their class, CJ Stander getting a late consolation try in a 26-10 defeat.

Munster won the toss and Tyler Bleyendaal kicked the game off, in front of a massively charged Red Wave at the Aviva still on form following Munster ‘A’s single point capturing of the British and Irish Cup the night previous against the Jersey Reds, and despite giving away an early penalty had the better of the opening play.

A crescendo of noise provided the backdrop to a massive early Munster scrum, from which Peter O’Mahony broke through the Saracens defence and almost cross for a try. Duncan Williams and CJ Stander both subsequently sneak over but eventually referee Romain Poite brought play back for an earlier penalty, which Bleyendaal put over to draw Munster first blood.

Saracens’ work in the backline has been a cornerstone of their recent success in this competition, and following some good passing saw Sean Maitland break down the wing, he passed inside with full-back Simon Zebo already committed to the tackle, but an awkward grab was dropped by Richard Wigglesworth at the last minute and the hosts’ try-line remained in-tact.

Backed by an enormous Aviva crowd, Munster had the best of territory and possession, but saw parity restored just after the quarter-hour mark as two quick penalty concessions, first from the scrum and then Andrew Conway not rolling away, saw Owen Farrell bring it back to 3-3.

Two tackles in the air saw Saracens escape yellow, but 23 minutes in Jackson Wray was sent to the sin-bin after a borderline high tackle on Duncan Williams, as Munster looked to make the man advantage count.

A fantastic kick and chase by Zebo then lead to a searching kick by Bleyendaal which was spilled into touch by Maitland, however a knock-on from the resulting attacking maul gave the visitors possession once more.

Neither of these sides have conceded a try before half-time in the competition, and despite Munster continuing the pressure they couldn’t break down an extremely disciplined Sarries defence, as Bleyendaal knocked-on, tap tackled halfway through a defensive clearance and wasn’t able to swing his boot.

More disappointing, still, was Munster’s second penalty concession from the scrum 34 minutes in, allowing Farrell to put the English outfit into the lead for the first time, 6-3 the score at the interval.

Munster captain Peter O’Mahony was looking to set the tone early in the second-half when he stole an opposition line-out, and minutes later the Reds were extremely unfortunate that Zebo just couldn’t hold onto a spilled Saracens ball when it looked like he might have been away.

Saracens were beginning to get more of an opportunity to get their running game going, and only another unforced error, this time from Chris Ashton, saw the hosts let off the hook, though captain O’Mahony was forced off through injury.

Jean Deysel was introduced into the game, and only a minute into his Champions Cup career he stretched out a long right arm to pull back George Kruis who looked destined for the line, crucially knocking on trying to transfer the ball from arm to hand to touchdown.

The Red defence was only going to hold on for so long though, and after rolling through a maul the visitors pushed for the line, and eventually it took English international Vunipola to force his way over in the corner, before Farrell added the extras.

That saw Rassie Erasmus make a change in the backline, with Francis Saili coming on to replace Jaco Taute, joining Deysel and James Cronin off the bench, as Munster quickly won a penalty back which they put in the corner.

A fantastic opportunity to get points back presented itself as Schalk Burger was pinged for standing offside, but Bleyendaal’s kick drifted just wide of the posts, and the 10-point gap remained with 20 minutes remaining.

That was further accentuated three minutes later as Munster were pinged in the scrum, and Farrell’s perfect afternoon off the tee continued, making it 16-3 with just six minutes remaining as Darren Sweetnam and Stephen Archer made their way into the game.

It’s been a fantastic season for Munster, however, and having already secured a place in the semi-finals of the Pro12, the hosts were determined to prolong their European campaign, and forced their way inside the Saracens 22 once more with the clock ticking away, though Bleyendaal’s attempted drop goal was always falling short.

Their task was made near-impossible, as a trademark Farrell grubber kick saw Zebo unable to hold on and Poite arrived on the scene, adjudging Chris Wyles to have gotten downward pressure and Farrell converted to make it a 20-point game before slotting his fourth penalty of the afternoon.

It has been a brilliant season for Munster this year, however, and fitting that a leading light of that – CJ Stander – would cross late on for a consolation try for the province, to give their smashing support something to take away as the Field of Athenry rung out in the final moments.

The next target is to secure a home semi-final in the Pro12, with a trip to Italy to take on Benneton awaiting Erasmus’ side next Friday.

Today’s game saw South-African Jean Deysel make his European debut in a Munster shirt but sustained a knock to the ribs during the game. Peter O’Mahony was forced off with concussion and both players will be assessed by the Munster medical team. 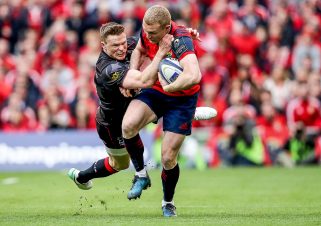 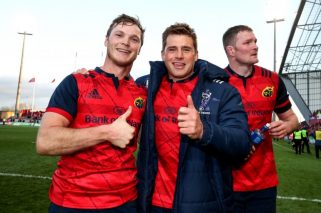 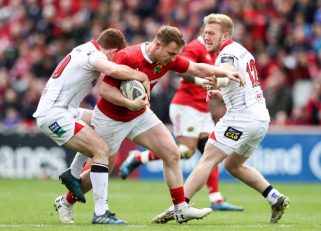