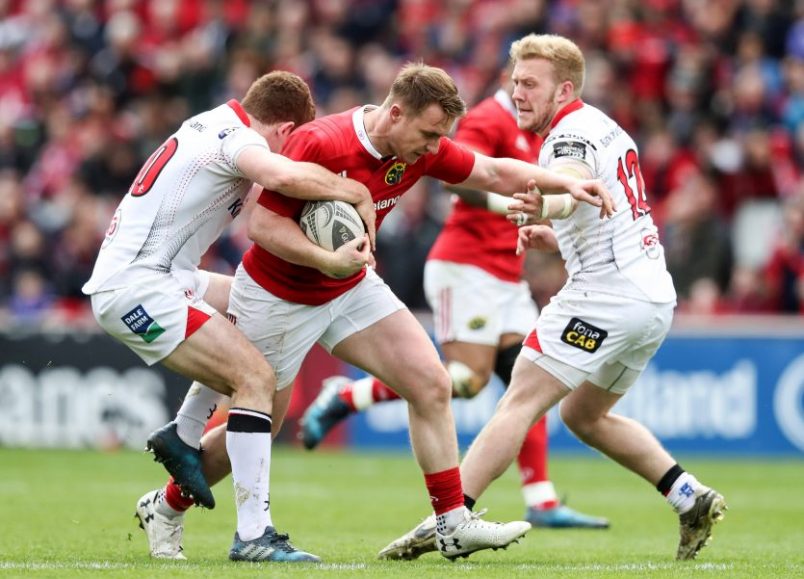 Rory Scannell in action against Ulster at the weekend. ©INPHO/Ryan Byrne

In a huge week for the province the squad gathered in UL today as preparations stepped up for next weekend’s action, including a British and Irish Cup Final against Jersey Reds on Friday night in Irish Independent Park and a Champions Cup Semi-Final against Saracens at the Aviva on Saturday.

In a huge week for the province the squad gathered in UL today as preparations stepped up for next weekend’s action, including a British and Irish Cup Final against Jersey Reds on Friday night in Irish Independent Park and a Champions Cup Semi-Final against Saracens at the Aviva on Saturday.

Following Saturday’s Guinness PRO12 victory against Ulster in Thomond Park Rory Scannell became the latest injury concern after the centre was replaced after 66 minutes with an ankle injury, while winger Darren Sweetnam is following return to play protocols for a concussion he sustained in the opening minute.

It has been since confirmed that Scannell sustained an ankle sprain and is not as serious as initially thought, the centre will not take part in today’s session and will be reviewed as the week continues.

Duncan Williams, who was a late withdrawal from the match-day squad due to a tight groin, will take a full part in training today.

On a further positive, Ian Keatley, who was a late addition to the starting XV, reported no ill effects after making his return from a six week lay-off due to a knee ligament injury sustained against Cardiff Blues.

CJ Stander (ankle sprain) is expected to make a return to full training this week, while Conor Murray (shoulder) will continue to be reviewed by the medical team and continues to be a doubt for this Saturday’s Champions Cup encounter.

From a Munster A point of view David Johnston will return to full training this week after overcoming a hip pointer sustained while playing for his club side Garryowen the week previous.

On the club front in Division 1A the academy’s Shane Daly, Ned Hodson, Vincent O’Brien, Liam O’Connor and Rory Burke were all involved in Cork Con’s 34-27 victory over St Mary’s at Temple Hill on Saturday, with Hodson crossing for a brace.

While in Dublin there were mixed results for Limerick sides Garryowen and Young Munster.

Alex Wootton and academy players Steven McMahon and JP Phelan were involved in Garryowen FC’s defeat away to Lansdowne, while the academy’s Calvin Nash, Dan Goggin and Fineen Wycherley played their part in Young Munster’s 33-12 win against Old Belvedere.  McMahon added a try for Garryowen and Goggin ran in two Young Munster tries.

In Division 1B, Duncan Casey, Stephen Fitzgerald and Greg O’Shea lined out for Shannon and Peter McCabe came off the bench for UCC. 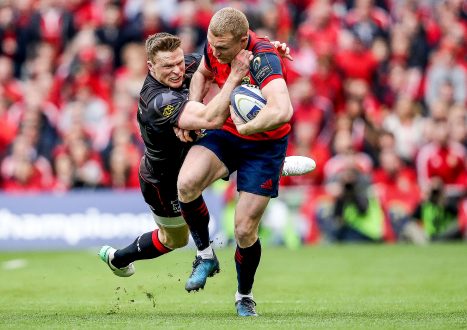 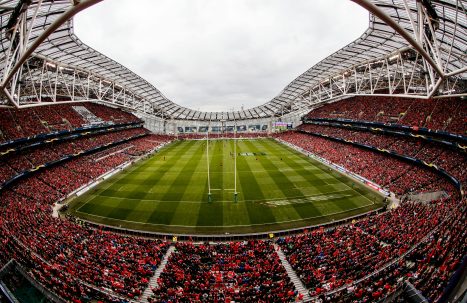 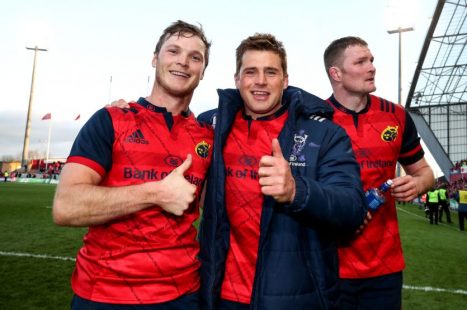