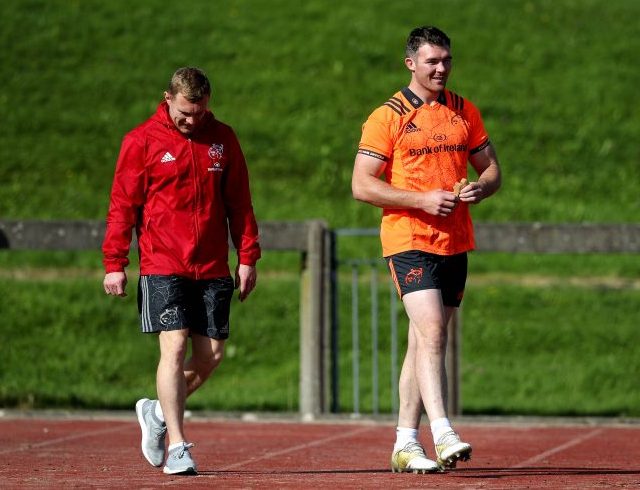 Director of Rugby Rassie Erasmus has named his match-day 23 for Saturday’s Guinness PRO14 round 6 game against Leinster at the Aviva Stadium, ko 2pm.

In keeping faith with the forwards that saw off Cardiff Blues last weekend in Thomond Park Erasmus makes no changes to the starting pack with captain Peter O’Mahony again leading the side and number 8 CJ Stander running out for his 100th appearance in a Munster jersey.

It’s also as you were in the halfbacks with Conor Murray and last weekend’s man-of-the-match Ian Keatley in situ.

There is new a centre partnership with Tyler Bleyendaal named at inside centre alongside Chris Farrell.

Returning international Keith Earls makes his first appearance of the season starting on the wing and as JJ Hanrahan is promoted to make his first start of the season at fullback, Andrew Conway swops the number 15 jersey for the right wing.

Video | We catch up with the returning Keith Earls who looks forward to the Leinster v Munster encounter.

Next home game | Munster v Racing 92 in Europe on Saturday October 21 at 5.30pm in Thomond Park. 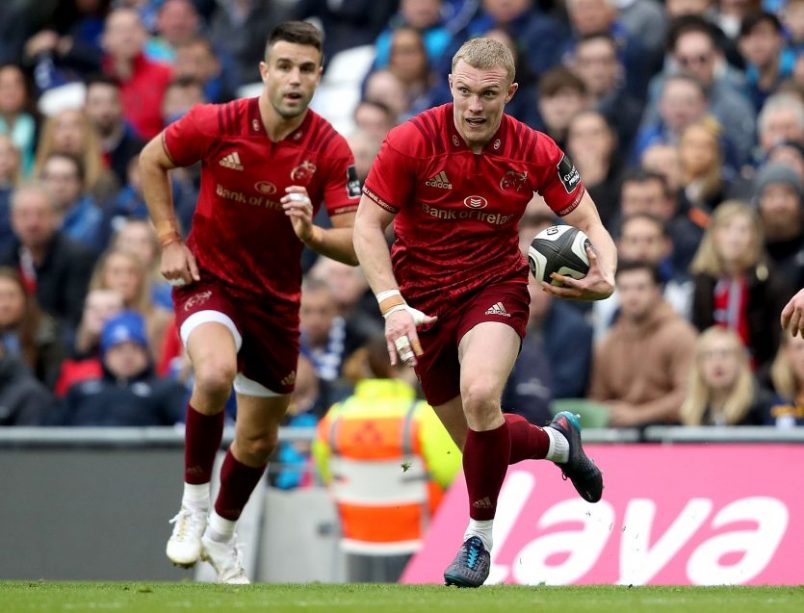 Keith Earls makes his seasonal debut against Leinster at the Aviva. INPHO/Dan Sheridan

Two tries from Keith Earls and another from Ian Keatley was not enough for Munster to take victory at the Aviva Stadium, as Rory O’Loughlin’s first-half brace of tries helped the home side to the win.

Three penalties from Johnny Sexton proved crucial as Leinster stretched their lead after the interval, while Earls’ second try at the death gave Munster a losing bonus point.

In front of 46,374 spectators, both sides warmed up for their Champions Cup openers next weekend, but a second PRO14 loss of the season is disappointing for Rassie Erasmus’ side as they slip eight points behind leaders Glasgow Warriors in Conference A.

Munster certainly looked sharp in the opening exchanges as Earls and Andrew Conway made good yardage on either flank, but some solid defensive work from the home side and the concession of an offside penalty allowed Leinster to clear their lines.

Leinster’s tactic was clear once they approached the Munster 22: they sought to link Johnny Sexton with winger Adam Byrne with a series of accurate crossfield kicks, and saw the home side gained impressive yardage this way before the interval.

Munster would have been pretty happy with their set-piece play and they earned the upperhand at scrum time, although a couple of missed kicks to touch meant Leinster always looked dangerous on the counter attack.

It seemed as if Munster had taken the lead after 13 minutes when Earls raced down the left for a try, but despite first awarding the try, referee Ben Whitehouse then reversed his decision after a forward pass from Chris Farrell in the build up.

And four minutes later the first try arrived at the other end. Tadhg Furlong was involved twice in the build-up with strong carries, but O’Loughlin did well to step the Munster tackler and twist over the try-line, while Sexton’s conversion made it 7-0.

Just after the midway point of the half Niall Scannell was sent to the sin-bin for a deliberate knock-on in the Leinster half, and with the hooker in the bin CJ Stander successfully took over the lineout throwing on the occasion of his 100th Munster appearance.

And despite being a man down, Munster pulled level 13 minutes from the interval when Keatley intercepted Sexton’s pass to Robbie Henshaw, which didn’t go to hand, and he showed great pace to streak over from halfway. He converted his own try to level the game.

But five minutes from half-time Leinster pulled clear again. Once more the Sexton-Byrne cross-kick did the damage on the right, before Joey Carbery sent O’Loughlin over for a second try and a 14-7 interval lead.

Leinster stretched the lead four minutes into the second-half following Farrell’s high tackle on Carbery, a kick that moved Sexton to the top of Leinster’s scoring charts.

But Munster’s response was impressive, and Tommy O’Donnell’s run from deep in his own 22 sent him clear and the support runner Earls dived over in the corner to make it 17-12. JJ Hanrahan, who took the kicking duties from Keatley, was off target with the conversion.

A couple of Sexton penalties soon stretched Leinster’s lead out to 11 points, which was a significant cushion with 25 minutes remaining.

Munster came close to hitting back from a couple of rolling mauls, but it wasn’t until the 79th minute that Earls finished off a brilliant second try to give his side a deserved losing bonus point.

Guinness PRO14 round 6 round-up: No fresh injury concerns were reported immediately after the game.

Keith Earls played 80 minutes in his first appearance of the season, crossing for a brace of tries. CJ Stander became the latest Munster centurion. 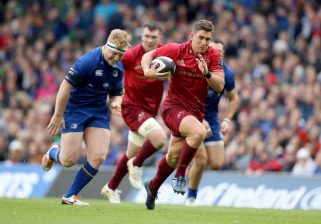 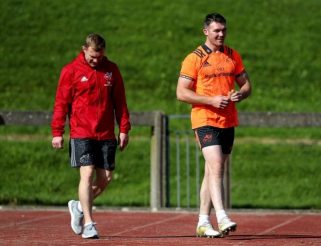 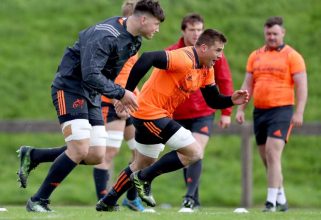 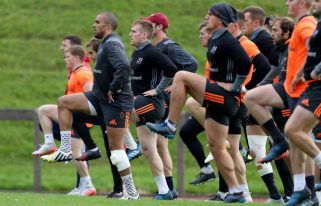