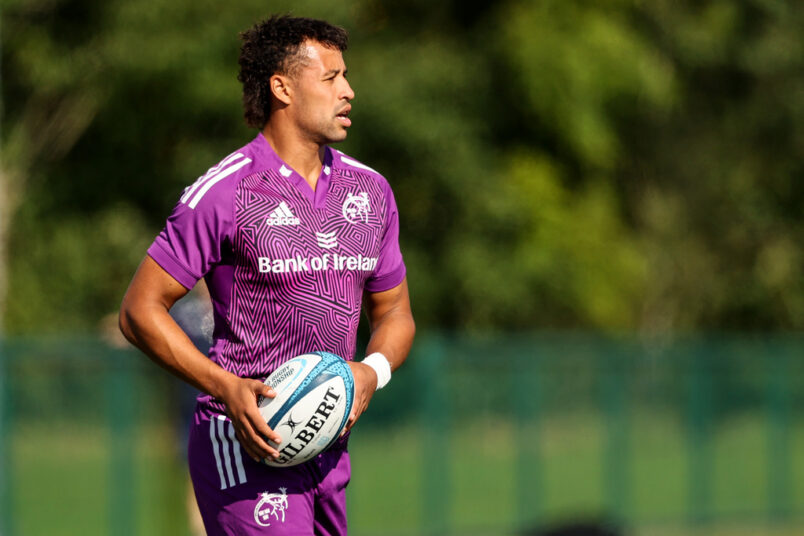 The Munster team has been named for Saturday’s round three BKT United Rugby Championship clash against Zebre at Musgrave Park (5.05pm).

Peter O’Mahony captains Munster with four changes to the side that faced Dragons last week as Keynan Knox and Tadhg Beirne come into the pack.

Craig Casey and Mike Haley both start following today’s news that they are among five players to sign contract extensions with Casey making his 50th appearance for Munster.

18-year-old Academy back-row forward Ruadhan Quinn from Old Crescent and formerly of Crescent College is included among the replacements and set to become the youngest ever player to line out in a competitive fixture for Munster in the professional era.

Academy lock Edwin Edogbo is also among the replacements and could make his second Munster appearance following his debut last week.

Stephen Archer will make his 250th Munster appearance when he is sprung from the bench.

Dan Goggin moves to inside centre with Malakai Fekitoa starting at 13.

Dave Kilcoyne, Niall Scannell and Knox pack down in the front row with Fineen Wycherley and Beirne, making his first start of the season, in the engine room.

Jeremy Loughman, Conor Murray and Rory Scannell are all set for their first appearances of the URC season off the bench. 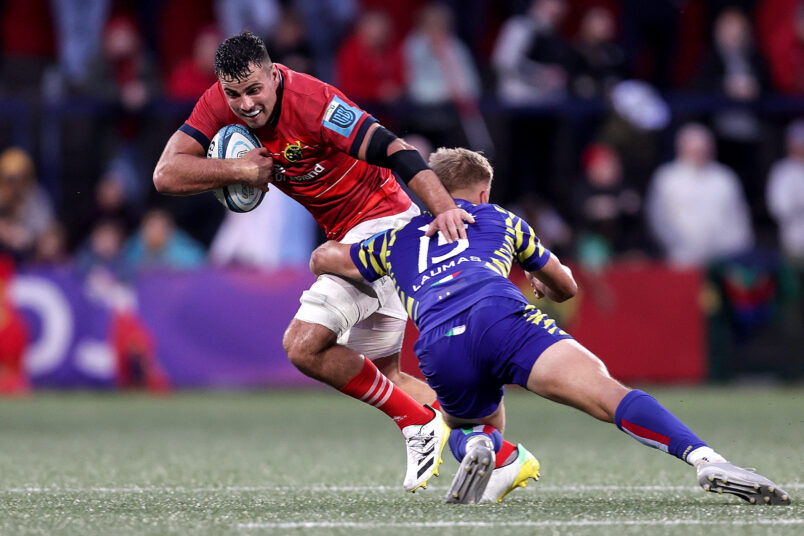 All three Munster tries were scored in the first half with Niall Scannell (two) and Keynan Knox touching down as Ben Healy kicked three conversions.

Conor Phillips and Ruadhan Quinn made their Munster debuts with Quinn making history as the province’s youngest player of the professional era.

They were two of four Academy players involved with Patrick Campbell and Edwin Edogbo also impressing.

Phillips’ first touch saw him rise highest to collect a Craig Casey box kick and offload to get Munster on the front foot early on.

A Tadhg Beirne turnover after a tackle from Campbell won Munster a penalty with Ben Healy kicking to within five metres.

The Munster pack did the rest as they mauled over after eight minutes with Scannell touching down with Healy’s conversion making it 7-0.

Another dominant rolling maul laid the platform for the second try from Knox on 17 minutes as he scored from close range.

Jack O’Donoghue looked to have scored the third try on 22 minutes after Tadhg Beirne robbed a lineout and Craig Casey took a quick tap but the ball went forward as O’Donoghue touched down.

However, Gabriele Venditti was sent to the sin bin for not retreating 10 minutes after Casey’s quick tap and Munster went to the corner as Scannell scored his second try following the maul.

Zebre enjoyed a purple patch as the half wore on but Peter O’Mahony and Tadhg Beirne stole lineouts time after time to keep the visitors scoreless at the break.

Zebre were back in the game on 44 minutes as they went wide to Jacopo Trulla on the left flank and he chipped ahead for Lorenzo Pani to score with the bouncing ball beating Healy.

Tiff Eden was off target and it stayed 21-5.

It was a stop-start encounter throughout with neither side able to build any sort of moment and further moments of note were few and far between for the remainder of the game.

There was to be no bonus point for Munster but it was an important win ahead of next Friday’s trip to Connacht.

Conor Phillips made his senior debut for Munster and was one of four Academy players who featured.

18-year-old Ruadhan Quinn became the youngest player to line out for Munster in a competitive fixture in the professional era.

Craig Casey made his 50th appearance. 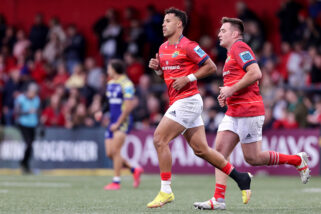 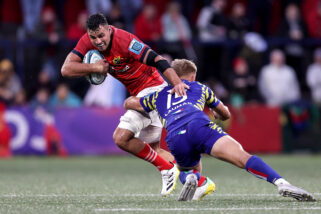 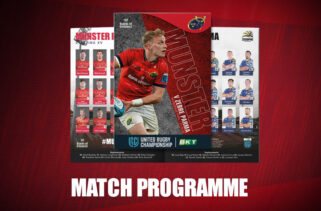 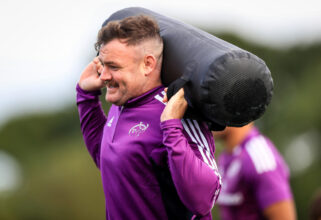 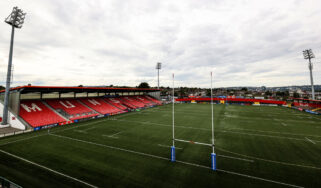 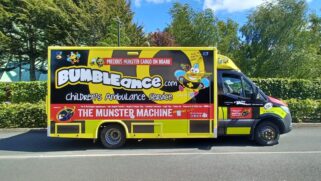 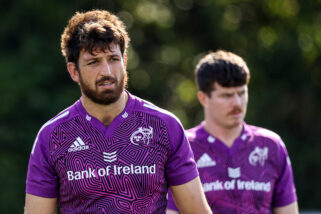