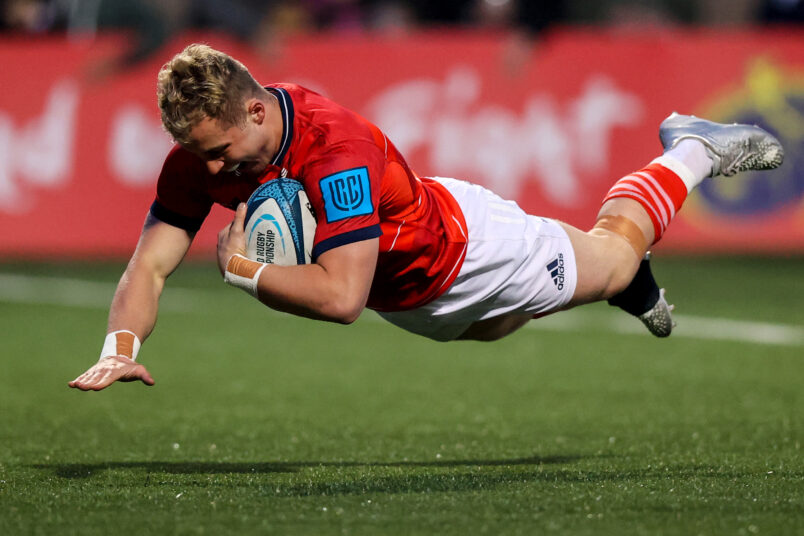 Craig Casey is one of five players to sign contract extensions. Inpho

Munster Rugby and the IRFU are pleased to confirm the first player contract extensions of the season with five members of the senior squad putting pen to paper.

Additionally, Alex Kendellen, who advanced to the senior ranks at the beginning of the season on a new two-year deal, has extended his contract further to remain with the province until at least July 2025.

Scrum-half Craig Casey has made 49 appearances for the province since his debut against Connacht in 2019.

The 23-year-old Shannon man and former Ardscoil Rís pupil won Academy Player of the Year in 2019 and was also vice-captain of the Grand Slam-winning Ireland U20s that year.

He was named Young Player of the Year in 2021 and has made 38 appearances over the past two seasons along with earning five Ireland caps. 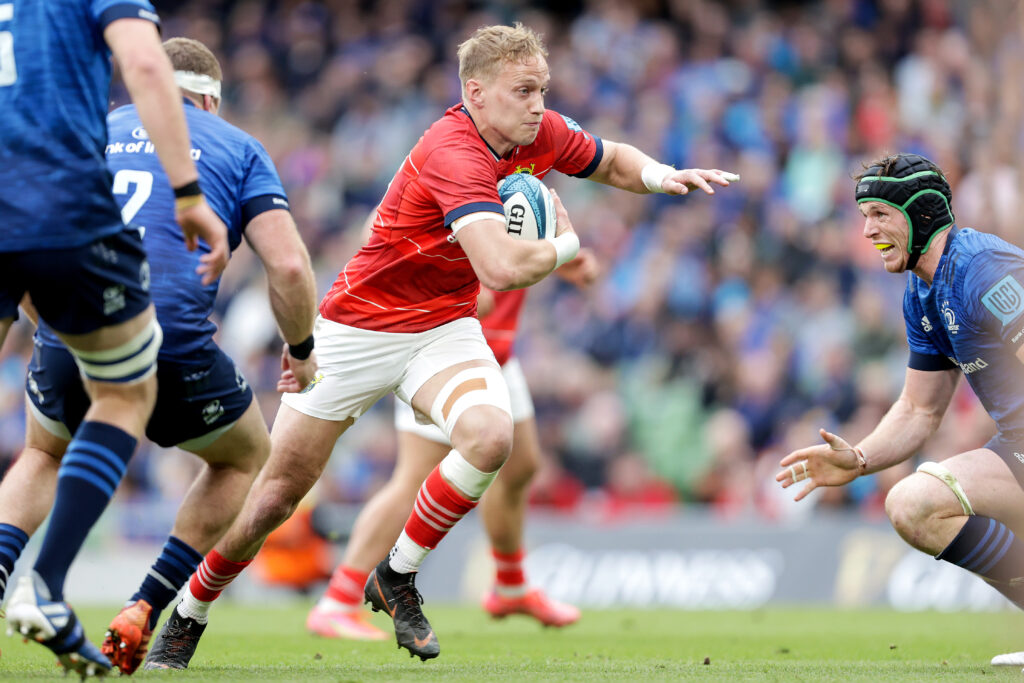 Mike Haley joined Munster from Sale Sharks in 2018 and has already amassed 80 appearances for the province, starting at full-back on each occasion and scoring 16 tries.

The Preston native played more minutes than any other Munster player in the 2018/19 and 2020/21 campaigns and made his Ireland debut against Italy in August 2019.

28-year-old Haley made his Munster debut against Cheetahs in 2018 and has been a near ever-present at full-back since. 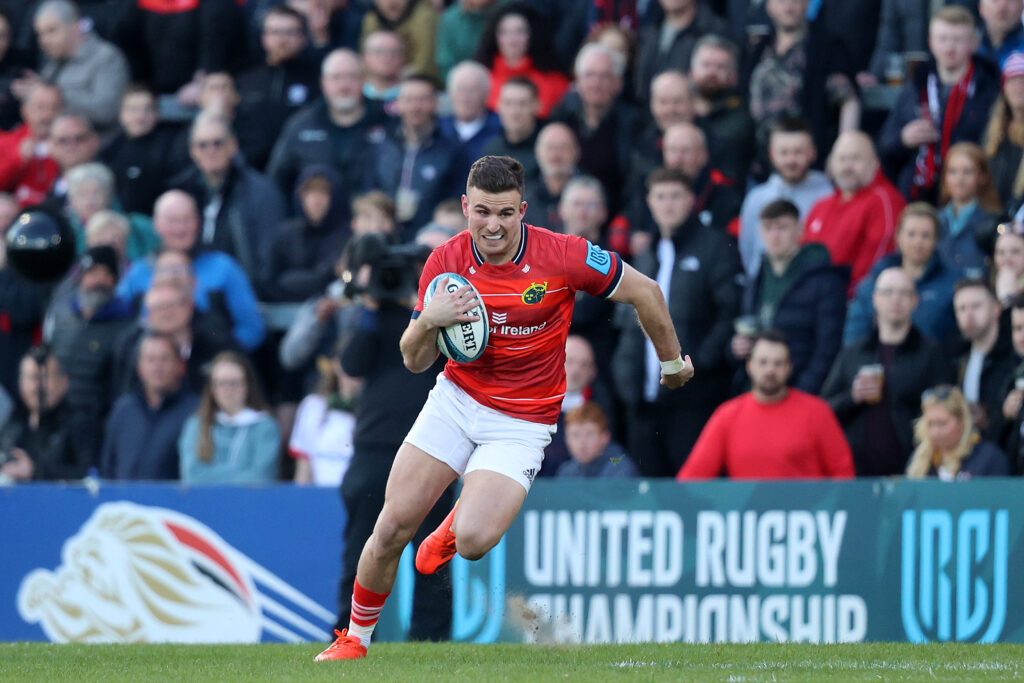 A product of the Greencore Munster Rugby Academy, versatile back Shane Daly joined the senior squad in 2019 and has established himself as a key member of the squad.

He was named Young Player of the Year in 2020 with the Cork Constitution clubman and former PBC student earning two Ireland caps over the past two years.

To date, the 25-year-old has scored eight tries in 49 Munster appearances and starts at full-back for Emerging Ireland against the Griquas in Bloemfontein later today. 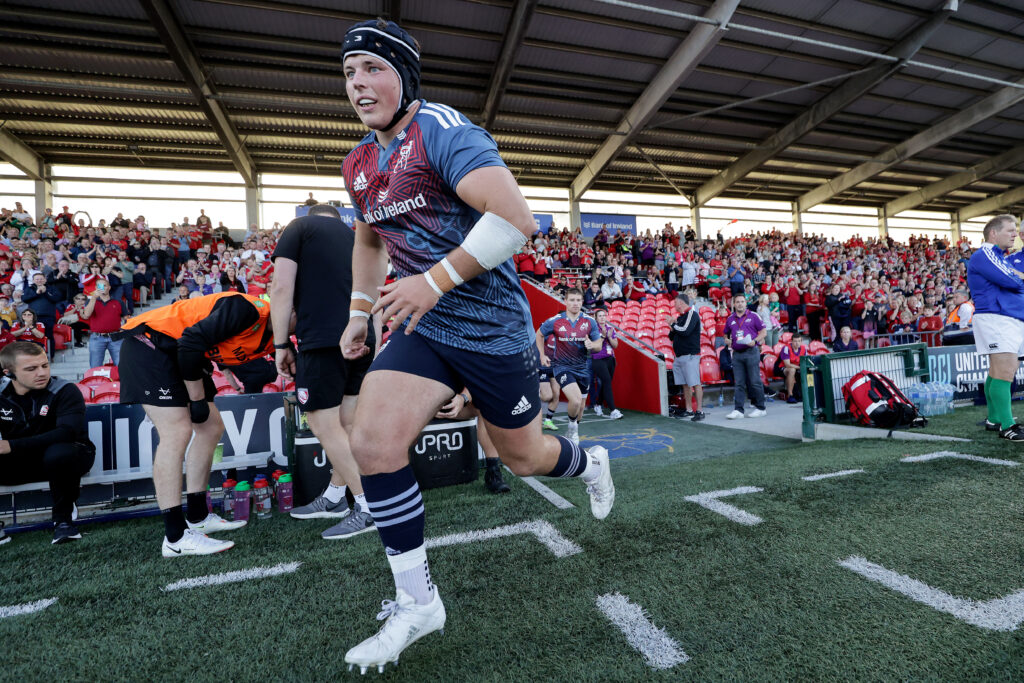 The 23-year-old prop made his debut against Cardiff Blues in Thomond Park in October 2020 with his first Champions Cup start singled out for high praise when Munster secured victory against Clermont Auvergne in December 2020.

His grassroots stem from Bantry Bay RFC and he is a former pupil of Cistercian College, Roscrea and linked up with Young Munster RFC on his move to Limerick. 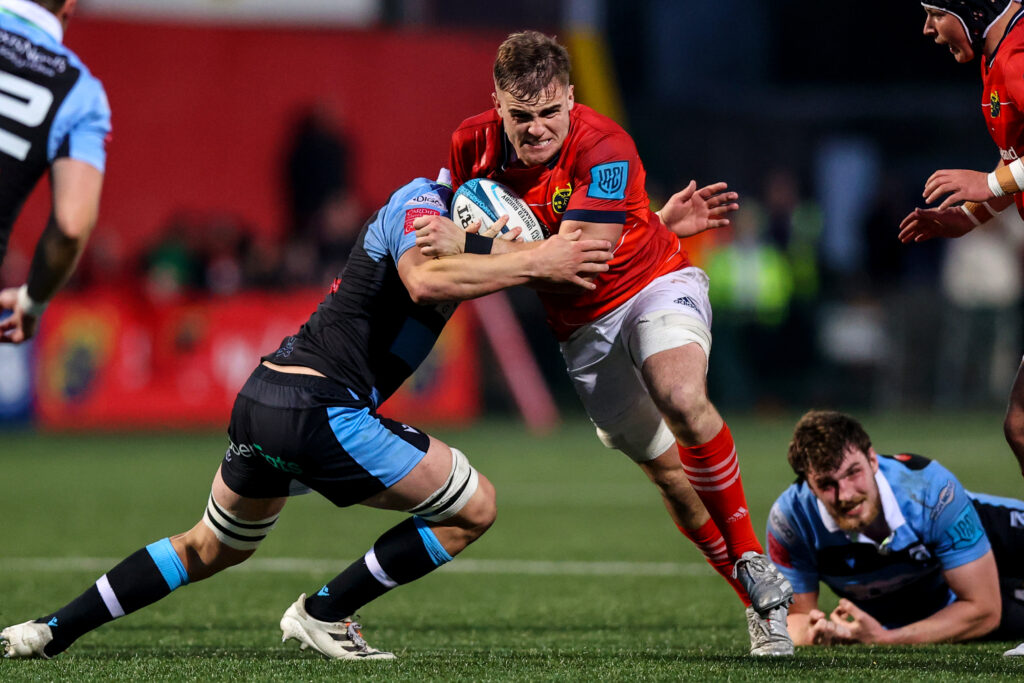 21-year-old Alex Kendellen was initially named in the Emerging Ireland squad for the South Africa tour but did not travel as he continues to follow return to play protocols.

A product of PBC and UCC the back-row forward was deservedly named the Academy Player of the Year in June after a fantastic season that saw him line out in 20 of Munster’s 26 games.

Kendellen made his debut against Scarlets in March 2021 and has made 22 appearances for the province.

He captained the Ireland U20s for the 2021 Six Nations and was a standout performer as they finished third, scoring six tries in five appearances.