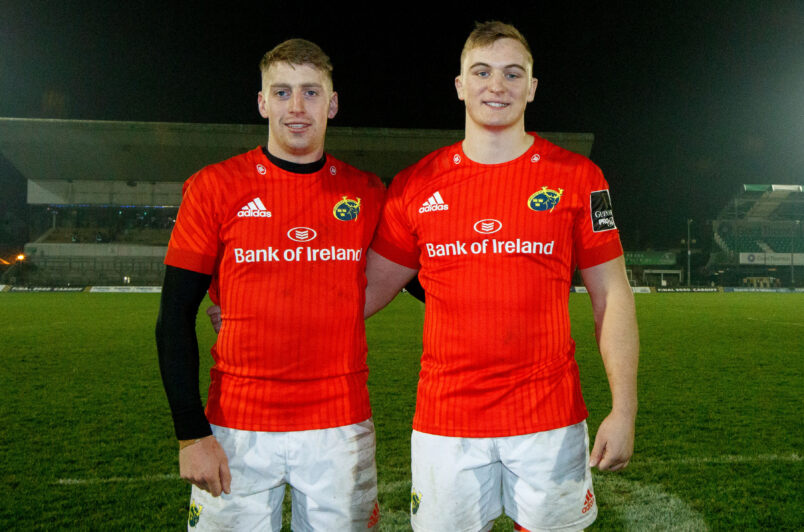 The Munster side has been named for Friday’s Guinness PRO14 Rainbow Cup clash against Zebre in Parma (6pm Irish time).

There are seven changes to the team that secured a bonus-point win over Cardiff Blues last time out.

Skibbereen cousins Liam and Gavin Coombes start together for the third time with Matt Gallagher, Chris Farrell, Dave Kilcoyne, John Ryan and captain Peter O’Mahony also returning to the side.

Gallagher starts at full-back with Andrew Conway and Coombes lining out on either flank.

Kilcoyne, Niall Scannell and Ryan pack down in the front row with Jean Kleyn and Fineen Wycherley continuing their lock partnership.

Academy duo Thomas Ahern and Jake Flannery are among the replacements alongside Billy Holland and Nick McCarthy, who are set to make their final Munster appearances. Holland will play in his 247th and final game for Munster if sprung from the bench.

Roman Salanoa is also included among the replacements as he returns from an ankle injury.

“Ideally, we would love to still be in with a chance to play for a final but it’s not to be and while guys were disappointed, we still have a competitive game to play.

“No different to any opportunity we get, the lads will want to play for each other and put in a performance and finish the season out on a high.

“We’ve again mixed the side with a good balance of experienced and younger players so it’s another 80 minutes of rugby, and with some players competing for Irish selection also there are plenty of motivating factors.

“For CJ and Mike it was just a case of running out of time and it’s important they and their injuries take the time to heal following last weekend’s accident.”

Hear from Senior Coach Stephen Larkham and Matt Gallagher ahead of the game. 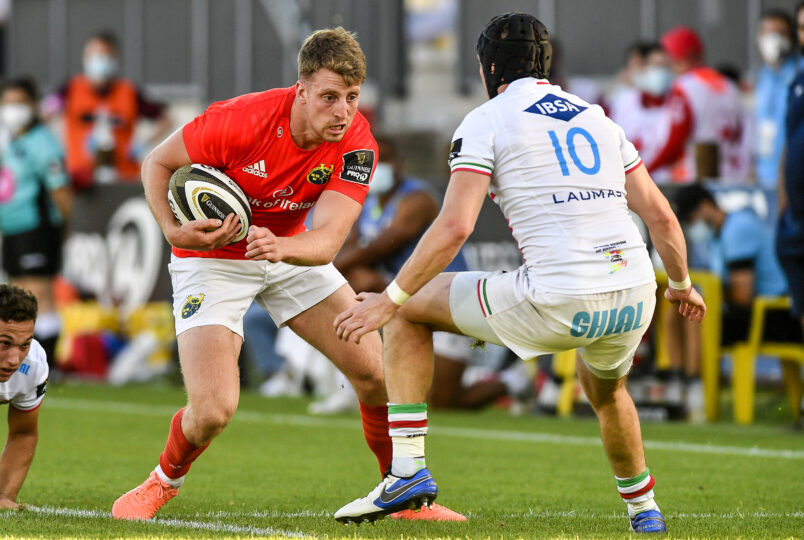 Munster rounded off the 2020/21 season with a bonus-point victory over Zebre to make it 20 wins in 25 fixtures this season.

Joey Carbery kicked six conversions with Academy out-half Jake Flannery adding the seventh. Billy Holland stepped up for the final conversion from the right touchline but dragged it wide as he played the 247th game of a magnificent career with Munster.

Gavin Coombes scored his first on nine minutes after taking a quick-tap and showing great footwork to score with Joey Carbery slotting the conversion for a 7-0 lead.

Zebre were enterprising throughout and Carlo Canna kicked two penalties midway through the half to narrow the lead to a point.

Casey dived over from short range for the second Munster try on 27 minutes following a slick backline move off a lineout with Matt Gallagher and Andrew Conway both tackled just short of the line before Casey struck.

Coombes was over for the third after a nice lineout move that saw the no.8 peel off and power over the line.

The bonus-point was secured on the stroke of half-time as Carbery chipped over the top and Chris Farrell gathered before offloading for Casey to finish and give Munster a 28-6 half-time lead.

Niall Scannell scored the fifth try on 46 minutes off a rolling maul to increase the lead before a fantastic Carbery recovery tackle saved a certain Zebre try.

Federico Mori did score a try for Zebre in the right touchline with the score no more than Zebre deserved after a battling performance from the Italians.

Liam Coombes ran in for the sixth try after Mori attempted to chip over the winger but Coombes jumped up to pick off the kick and race in to score with Carbery again adding the conversion.

Gavin Coombes was in for his second hat-trick of the season after the ball went loose in midfield and the Skibbereen man showed his pace to streak away and score.

Academy out-half Jake Flannery knocked over the conversion to make it 49-11 and there was a fourth try for Coombes late on as he sneaked down the blindside to score in the right corner.

Holland was unable to add the conversion but it was a strong finish to the season for the province.

Craig Casey was named Guinness Player of the Match.

Billy Holland played his 247th and final game for Munster after a brilliant career.

Nick McCarthy also played his final game for the province ahead of his return to Leinster. 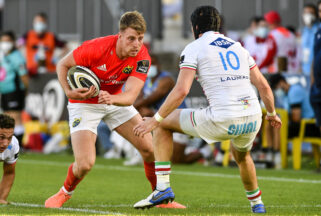 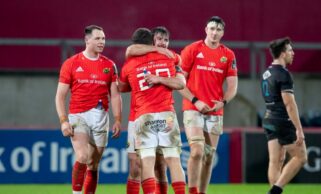 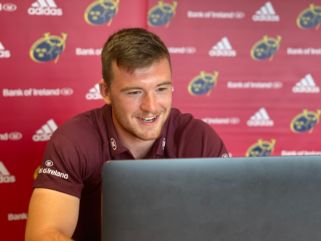 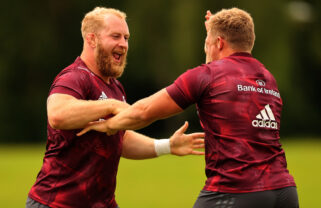