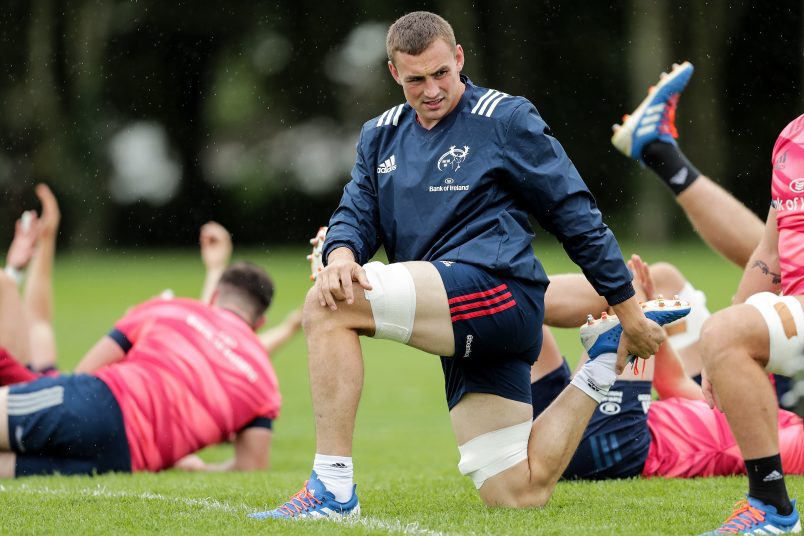 Head Coach Johann van Graan has named his side to face Southern Kings in Round 2 of the Guinnesss PRO14 at Nelson Mandela Bay Stadium on Saturday (4pm local/3pm Irish time).

There are four changes to the side that defeated Dragons in the opening round in Thomond Park, with Liam O’Connor, Darren O’Shea, Alby Mathewson and Dan Goggin all coming into the starting line-up.

O’Connor joins Kevin O’Byrne and Stephen Archer in the front row, while O’Shea partners Fineen Wycherley in the engine room.

It’s as you were in the back row of Jack O’Donoghue, Tommy O’Donnell and Arno Botha, with O’Donnell taking over the captaincy duties this week.

Mathewson joins JJ Hanrahan in the half-back pairing, and with Rory Scannell switching to the 12 jersey Goggin comes in at outside centre in an otherwise unchanged backline.

Named in the replacements is Academy hooker Diarmuid Barron, and the province’s short-term signing, Jed Holloway, who is line to make his Guinness PRO14 debut. 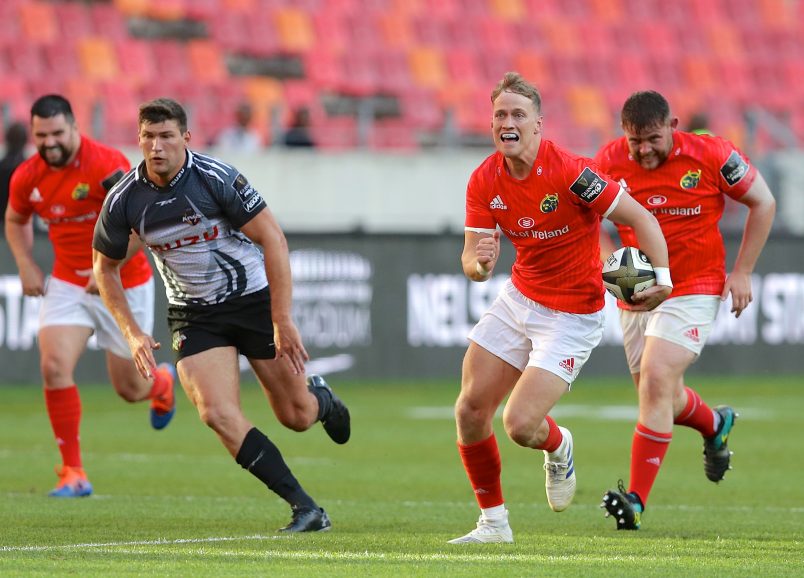 Munster recorded a Round 2 bonus point win against the Southern Kings in the Guinness PRO14 at Nelson Mandela Bay Stadium this afternoon.

Tries from Mike Haley, Alby Mathewson, Fineen Wycherley and Arno Botha, and JJ Hanrahan’s  flawless kicking from the tee, gave Munster a 31-20 win against the Port Elizabeth side.

The province started well with a number of attacking phases getting them close to the Kings line.

The early pressure saw JJ Hanrahan kick an opening penalty after the hosts didn’t roll away.

However, Kings were quick to reply with their own Demetri Catrakilis penalty following a Munster infringement at the breakdown.

Minutes later Shane Daly was denied an opening try after referee Dan Jones called a double movement on his scoring attempt out wide.

The sustained pressure did pay off when Darren Sweetnam was at the end of his own kick chase, and the ball was swung out wide for Mike Haley to dart over for the opening try. Hanrahan added the extras for a 10-3 lead.

Catrakilis knocked over his second penalty to reduce the deficit, with it staying 10-6 up to the break.

The hosts got off to the ideal start in the second half with Stefan Ungerer going over for their first try in opening minutes.  Catrakilis’ kick putting Kings ahead 13-10.

Van Graan’s men struck back on 50 minutes with Alby Mathewson scoring off the back of some excellent exit play.

Man of the match Shane Daly instigated the initial break deep from inside his own 22, and the interplay and quick recycling that followed put Munster closer to the host’s whitewash with Mathewson finishing the attacking phase with a well taken score.

Chasing a four point lead Kings continued to press and make ground with Munster coughing up penalties inside their 22.  A series of attacking mauls were handled superbly by the men in red with Jack O’Donoghue leading from the front.

In absorbing the attacking threat Munster’s defence held firm, and once back in the opposition 22 it was the province who converted their possession into points.

Fineen Wycherley crashed over for the third try before Arno Botha charged his way over for the bonus point try in the 70th minute.

The home side had the final say with a consolation try scored by Elrigh Louw and converted by Catrakilis in the 77th minute.

Jed Holloway made his Munster debut coming on for Chris Cloete who sustained an ankle injury.

Liam O’Connor made his first Guinness PRO14 start since December ’17. 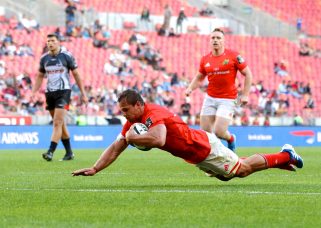 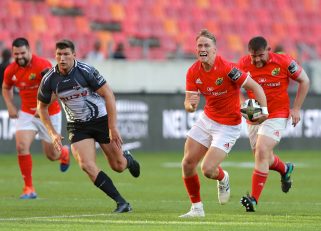 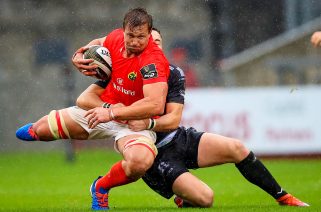