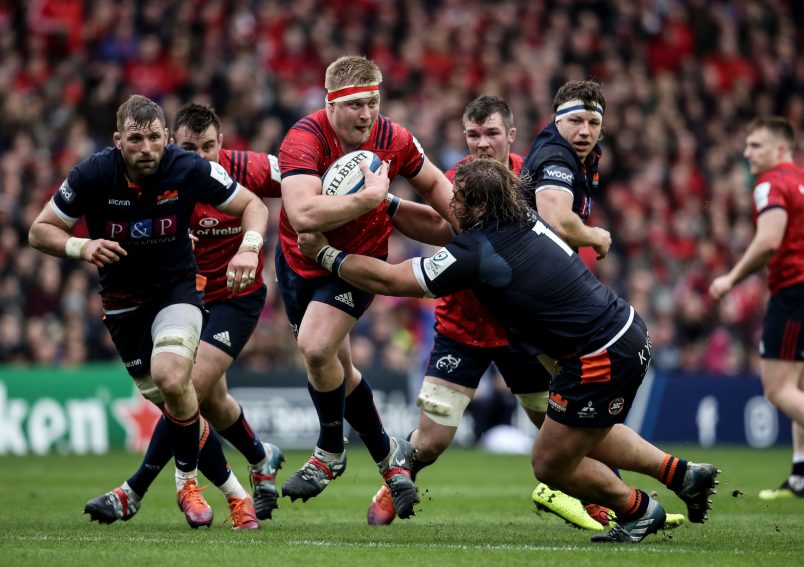 John Ryan will make his 150th Munster appearance against Saracens on Saturday. Inpho

The Munster side has been named for Saturday’s Champions Cup clash away to Saracens at Allianz Park (3pm).

There is one change to the side that defeated Saracens last week as tighthead prop John Ryan comes into the starting XV to make his 150th appearance for the province.

Mike Haley, Andrew Conway and Keith Earls are named in the back three with Rory Scannell and Chris Farrell continuing their centre partnership.

Conor Murray and JJ Hanrahan are in the half-backs with James Cronin, Niall Scannell and Ryan packing down in the front row.

The second row pairing of Jean Kleyn and Billy Holland are unchanged along with the back row of Tadhg Beirne, captain Peter O’Mahony and CJ Stander.

Dan Goggin and Tommy O’Donnell have been drafted into the replacements with Goggin set to make his 50th Munster appearance.

Nick McCarthy is in line to make his first Champions Cup appearance for Munster. 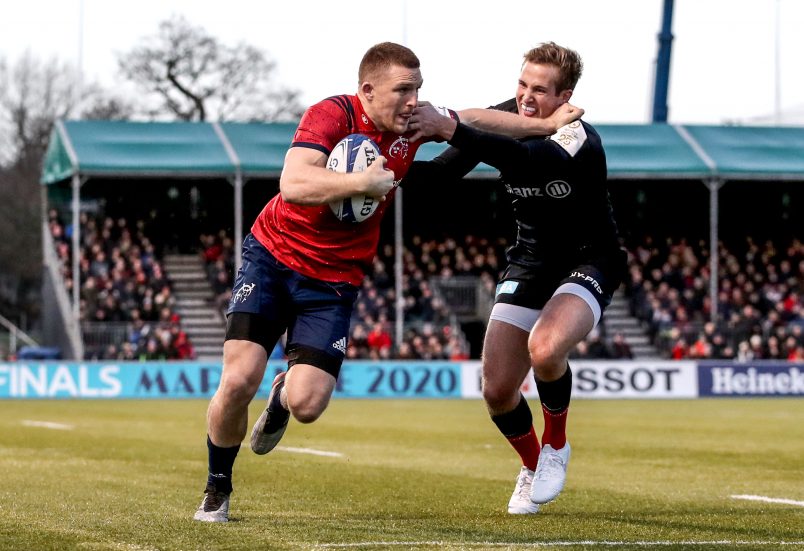 Two Saracens tries in the final quarter earned the defending champions a vital win over an injury-hit Munster side at Allianz Park on Saturday evening.

The sides were level at 3-3 at half-time and Munster led 6-3 up until the 64th minute thanks to two JJ Hanrahan penalties but late scores from Sean Maitland and Mako Vunipola gave Saracens the win.

Munster stay second in Pool 4 of the Champions Cup ahead of the final two rounds of fixtures against Racing 92 in Paris and Ospreys at Thomond Park. Buy Munster v Ospreys tickets here.

Peter O’Mahony (groin) was replaced by Jack O’Donoghue ahead of kick-off with first half injuries for Tadhg Beirne (leg) and John Ryan (calf) proving further setbacks. Johann van Graan confirmed after the game that Beirne’s leg injury looked “quite serious” and Andrew Conway (HIA) also departed early in the second half.

Saracens showed their intent from early on and an Owen Farrell penalty after seven minutes made it 3-0.

The unfortunate Beirne was stretchered off after 10 minutes with Tommy O’Donnell taking his place.

Excellent work from the Munster pack won a turnover five metres out as Saracens looked to launch a lineout maul and increase their lead.

James Cronin won a huge turnover penalty on 17 minutes to win back possession as the Munster defence was in control.

Conway was nearly in for a try in the right corner on 23 minutes after a superb floated Rory Scannell pass but the winger was dragged down short of the line.

Munster were then held up but play was called back for an advantage and Hanrahan kicked Munster level with his first penalty after 24 minutes.

A third Munster injury had forced the province into a second change moments before as Ryan limped off on his 150th appearance to be replaced by Stephen Archer.

Saracens were back on the attack shortly after but O’Donnell picked up the loose ball and raced clear. Play was called back for a Munster scrum with the TMO happy that there was no Munster foul play as Keith Earls helped dislodge the ball from the hands of Richard Wigglesworth.

Conor Murray was harshly pinged for tackling Nick Isiekwe after 32 minutes but Farrell missed the penalty in the swirling wind and the teams were level at 3-3 at the break.

A late hit by Ben Earl on Earls after the winger chipped through handed Munster the first chance of the second half and Hanrahan struck the kick well for a 6-3 lead with 43 minutes played.

After handbags off the ball, Munster were awarded another penalty but Hanrahan’s penalty drifted just left in the wind.

Munster kept coming up with crucial plays to half Saracens’ momentum with a Jean Kleyn lineout steal, a scrum penalty and another Kleyn turnover keeping Munster in front.

Conway was the fourth Munster player to take a knock when he departed for a HIA on 53 minutes with Dan Goggin coming on to make his 50th Munster appearance.

Saracens were clinical in taking their chance when it came their way in the 65th minute as Billy Vunipola took the ball off the back of a five-yard scrum and offloaded for Maitland to score in the right corner. Farrell was unable to land the touchline conversion but Saracens led 8-6.

The hosts’ tails were up and they were in for their second try on 72 minutes when Mako Vunipola scored from close range. Farrell converted and Saracens led 15-6.

Munster tried to mount a late comeback but Saracens were rock solid in defence and managed to see out the victory and keep their Champions Cup hopes alive. 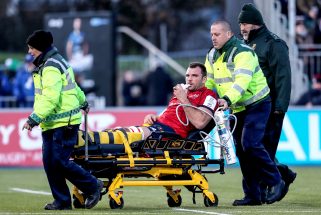 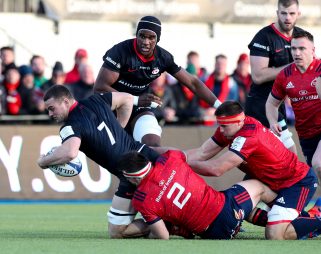 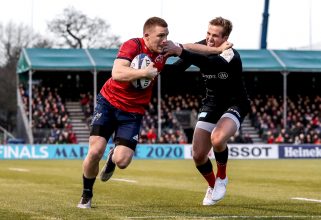 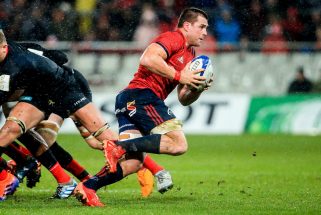 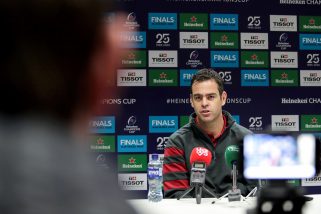 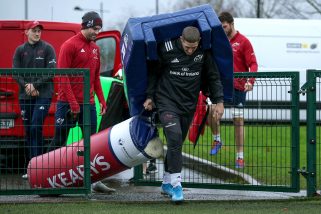 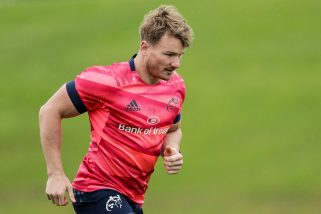