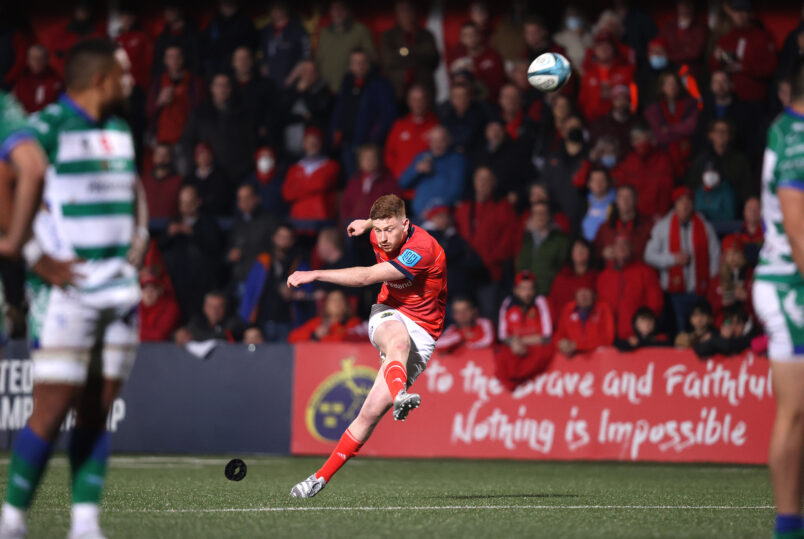 The Munster side has been named for Friday night’s vital URC clash against Cardiff at Musgrave Park (7.35pm). 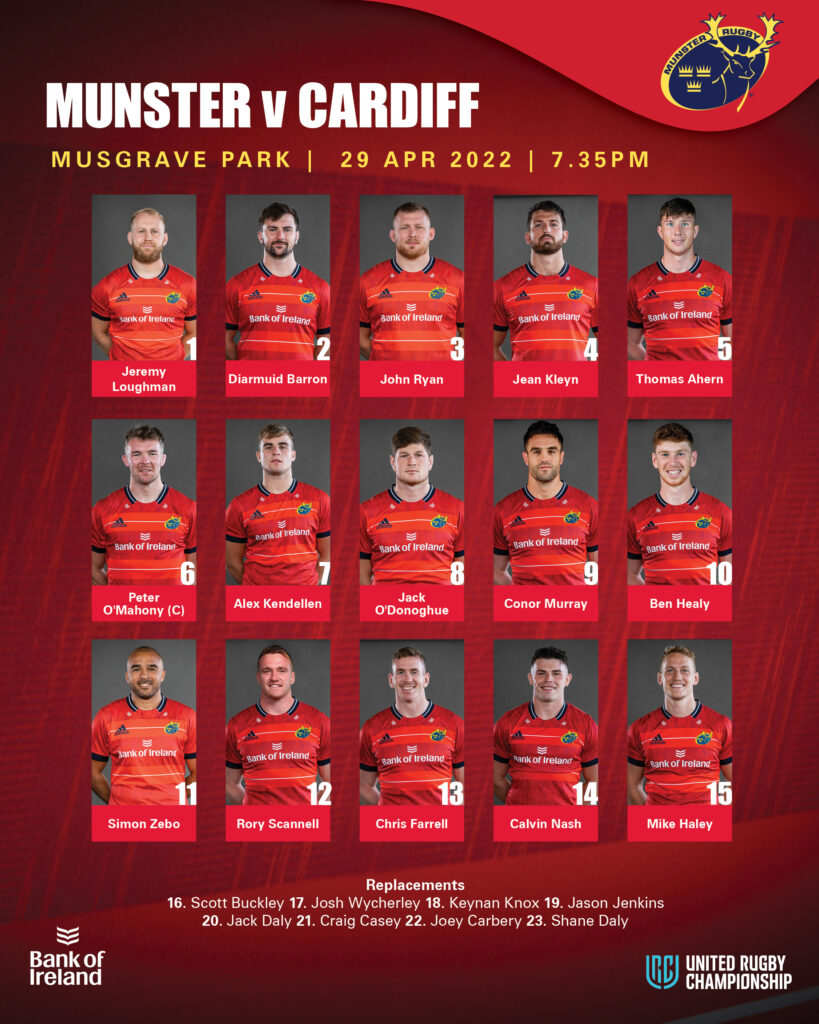 Mike Haley keeps his place at full-back with Calvin Nash and Simon Zebo coming into the side on either flank.

Rory Scannell starts at inside centre with Chris Farrell keeping his place at 13 as Conor Murray and Ben Healy form the half-back partnership.

John Ryan joins Jeremy Loughman and Diarmuid Barron in the front row with Thomas Ahern starting in the engine room alongside Jean Kleyn.

Academy hooker Scott Buckley is among the replacements and in line to make his seventh appearance of the campaign.

Flanker Jack Daly is set for his first appearance since January after a spell on the sidelines with injury.

Hear from Munster Defence Coach JP Ferreira and back-row forward Alex Kendellen ahead of the game. 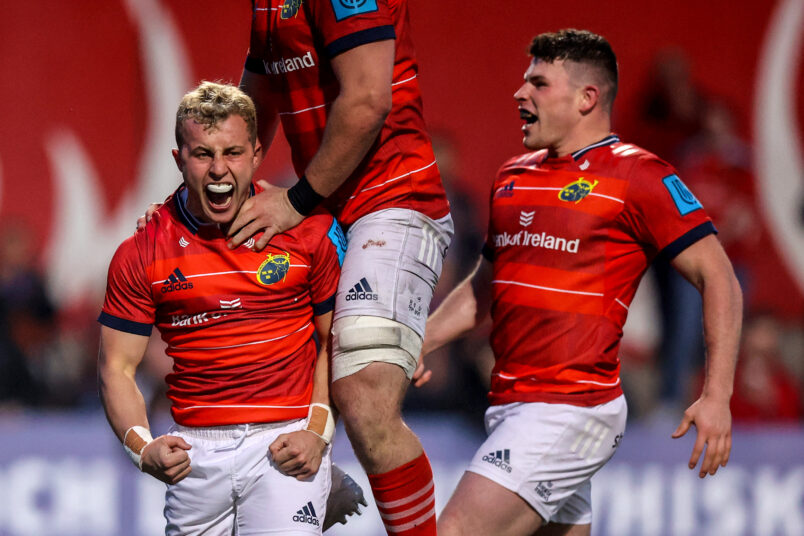 Munster secured a crucial URC victory after a fast and furious encounter against Cardiff at Musgrave Park on Friday night.

It was a thrilling game with both side playing some exhilarating rugby but Munster managed to come out on top.

Two-try Mike Haley was the Player of the Match after an outstanding display with a Thomas Ahern try and Craig Casey’s double completing the victory.

Next up for Munster is a massive Champions Cup quarter-final against Toulouse at the Aviva Stadium on Saturday at 3pm with tickets available here.

Cardiff started brilliantly with Seb Davies scoring in the right corner after just two minutes following some strong carries and a Hallam Amos break. Jarrod Evans converted from the touchline to give Cardiff a 7-0 lead.

Haley hit back with his first try three minutes later after an incredible sequence from Munster. Nearly every single Munster player had a touch as we went through the phases. The dancing feet of Simon Zebo on the left wing made good yards before Rory Scannell whipped a 20-metre pass to Jack O’Donoghue on the right wing and he popped for Haley to run in. Healy converted and it was 7-7 after seven minutes.

Cardiff came to play and Rey Lee-Lo scored their second try on 11 minutes after a Zebo tackle stopped Owen Lane yards from the line but the ball was recycled quickly for Lee-Lo to trot over. Evans converted to make it 14-7.

Zebo saw a try chalked off and was then held up after a clever move involving Farrell and Healy before Thomas Ahern and Alex Kendellen counter-rucked to win a penalty and Healy reduced the Cardiff lead to four points.

Haley then showed his defensive strength with a try-saving tackle on Lloyd Williams before O’Donoghue stripped the ball from Josh Navidi.

Jeremy Loughman came up with a big steal and Diarmuid Barron threw a great pass out right to Chris Farrell to launch another Munster attack with Haley jinking through a gap in midfield for his second on 25 minutes. Healy converted to give Munster the lead for the first time, 17-14.

A big turnover from John Ryan halted a Cardiff attack and Munster were in for a vital third try just before the break with Calvin Nash nearly crossing before Ahern burrowed over for a 24-14 half-time lead.

Cardiff were back in the game on 55 minutes when Lloyd Williams dummied off the base of the ruck to slice through for Cardiff’s third try with Evans converting to whittle the Munster lead down to six points at 27-21.

Healy kicked his third penalty on the hour to give Munster some breathing room before replacement Craig Casey got in for the bonus-point try on 62 after another fantastic Munster. O’Donoghue assisted with an offload and Joey Carbery kicked the conversion to make it 37-21.

Casey put a gloss on the scoreline in the final minutes with the fifth try as the scrum-half took a quick-tap and ducked under a defender to score and wrap up a fine night’s work.

The victory moves Munster up to second in the URC ahead of the weekend’s other fixtures.

Mike Haley was named Player of the Match. 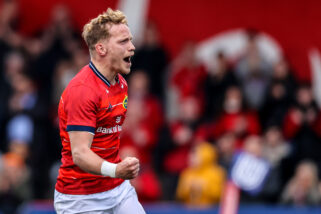 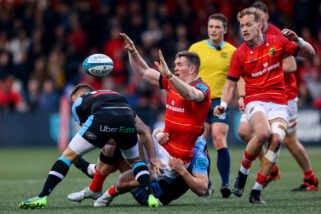 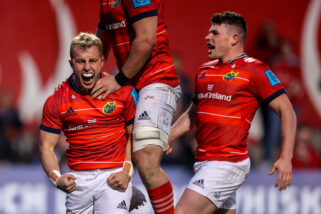 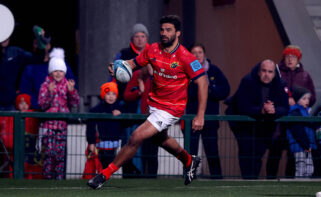 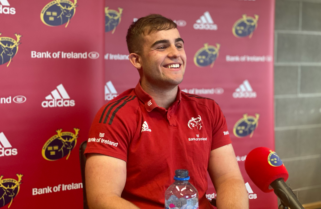