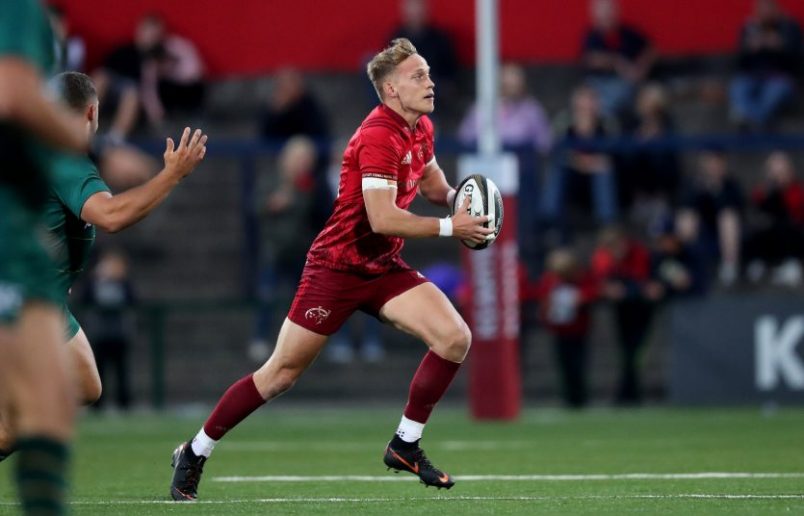 Head Coach Johann van Graan has named his side to face Cheetahs in the first round of the Guinness PRO14 on Saturday in Thomond Park (5.15pm).

New signings Arno Botha, Mike Haley and Neil Cronin will make their PRO14 starting debuts, while Joey Carbery is set to make his debut in red if sprung off the bench.

Academy and Ireland 7s player Shane Daly is another making his debut as he joins Haley and Darren Sweetnam in the back three.

The pre-season centre combination of Rory Scannell and Dan Goggin remains unchanged for the tournament opener.

Neil Cronin, who last featured in the competition as a replacement in March 2015, partners up with JJ Hanrahan in the half backs.

In the front row returning international prop John Ryan makes his first appearance of the season as he scrums down next to Mike Sherry and Dave Kilcoyne.

Captain Billy Holland and Jean Kleyn continue their partnership in the second row with Dave O’Callaghan, Tommy O’Donnell and Botha forming the back row.

Included in the replacements are Rhys Marshall and Stephen Archer who are in line to make first appearances of the season, with Archer overcoming the pec injury he sustained against Edinburgh in May.

After impressing in the pre-season campaign Academy back row Gavin Coombes is included in his first Guinness PRO14 squad. 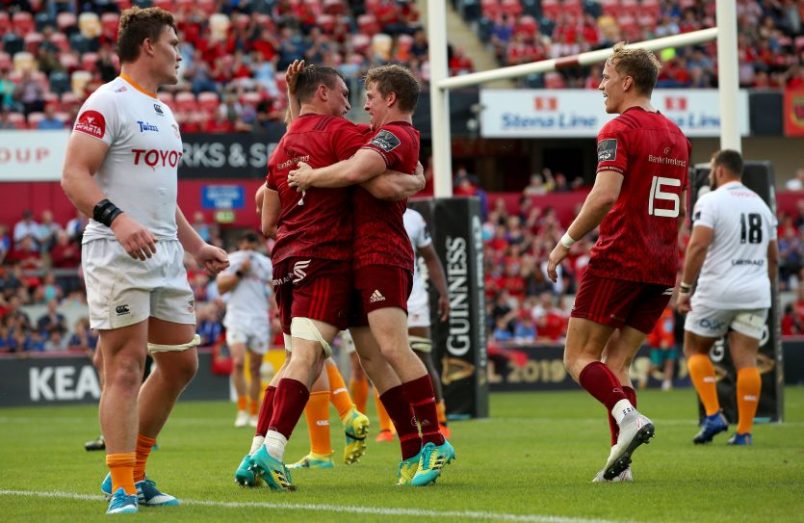 As ever with the opening round of the Guinness PRO14 season, both sides came into this match full of enthusiasm and it was the Cheetahs who were first to show their claws. The visitors kicked off into the glorious Limerick sunshine and applied some early pressure that eventually forced a penalty just outside the Munster twenty-two.

To Johann van Graan’s men’s relief, outhalf Tian Schoeman failed to get his attempt on target and that allowed Munster the opportunity to ask some questions of their own.

It wasn’t long before the hosts were on the ascendancy and although the Cheetahs brought a halt to some promising attacks in the opening ten minutes, right winger Darren Sweetnam would be the one who made sure Munster converted such possession into points in impressive fashion. With fifteen minutes on the clock, the Corkman carved through the Cheetahs’ defence, showed patience to draw their final defender and sent Rory Scannell clean through in the corner for Munster’s first try of the season. Hanrahan failed to convert leaving the scoreline at 5-0.

The Cheetahs retained possession impressively in the following ten minutes but Munster proved resilient and composed as they defended very capably in the middle area of the field for a sustained period before the ball switched hands.

Again, the home side’s efficiency in attack was the difference between the two teams. Just after the half hour mark, Munster won a penalty and Hanrahan kicked to touch for a five metre lineout. The forwards rumbled from the set-piece momentarily but in the end it was Dave Kilcoyne who picked up from the back of the resulting ruck and bundled his way over. Hanrahan added the extras leaving the scores at 12-0.

The Cheetahs may have lost 51-18 on their first visit to Thomond Park last season, but such was their improvement this time around, Munster were sure to be pleased heading for the changing rooms at the break with a twelve point cushion.

Upon resumption Munster found themselves down deep in Cheetahs territory once more. However, as Dan Goggin hit the deck with a knock, the South Africans pounced on possession, darted down field and after a couple of passes looked to be straight through for a try in the corner. Fortunately, debutant winger Shane Daly had other ideas and showed all of his desire and Ireland 7s experience to sprint back towards his own try-line and stop his opponent in his tracks. Munster turned over the ball and kicked clear to relive the pressure.

In the following minutes Cheetahs outhalf Tian Schoeman missed another attempt on goal before Munster got in possession and challenged the visitors some more. First, Daly looked to be rewarded for his endeavours with a try wide on the left wing only for a miss-placed pass from Haley, but then in immediate response and ruthless style, Munster’s forwards pulled together to barrel their way towards the line. In the end Tommy O’Donnell was the man to make the decisive surge that put Munster’s third try of the evening on the scoresheet. Hanrahan didn’t convert this time but Munster were now comfortably in the lead at 17-0.

After the hour mark it became clear that there would only be one winner. Momentum was firmly in Munster’s favour and that was further boosted by the introduction of new signing Joey Carbery. The twenty-two year old made his debut to a huge reception from the Munster faithful and was instrumental in the all-important bonus-point try as he showed awareness to step in at the base of an attacking ruck and get the ball into his fellow backs’ hands. The Cheetahs were well and truly on the back-foot and after a couple of passes it was another outhalf JJ Hanrahan who could make no mistake from less than ten yards out as he skipped through to score. 24-0.

Munster added another two tries before the game was out. On a highly impressive debut cameo, Joey Carbery was on hand again just minutes later as his skip-pass beat the Cheetahs defenders before finding Dave O’Callaghan on the wide right. The flanker duly fell over for the fifth try of the afternoon and not long later man-of-the-match Darren Sweetnam made it six tries for Munster as he broke clear from his own half before dotting down. Hanrahan made no mistake from the tee, leaving the score at a resounding 38-0.

We return to Irish Independent Park on Friday 14th September to take on Ospreys in round 3 of the Guinness PRO14. 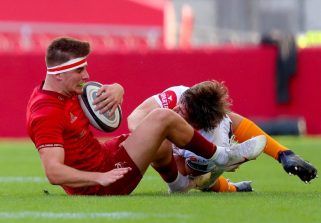 Video | Shane Daly On His Debut 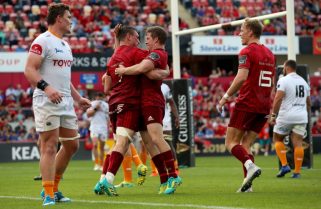 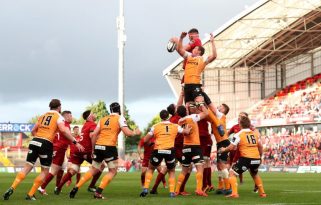 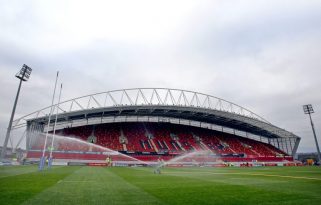 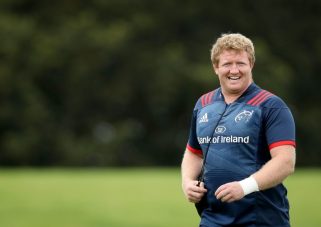