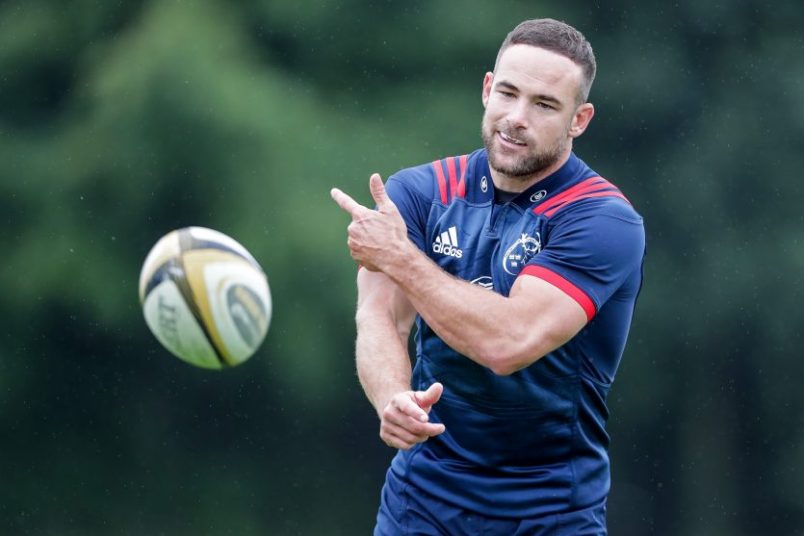 The Munster team to face Ulster in the first Interpro of the season at Thomond Park tomorrow night at 7.35pm has been named by Head Coach Johann van Graan.

There are eight changes to the side beaten in Cardiff last week with Alby Mathewson making his Munster debut at scrum-half as Keith Earls and Niall Scannell make their first starts of the season.

Having obtained a work permit in the standard timelines, Mathewson is named at scrum-half for his first Munster appearance.

Haley starts at full-back with Andrew Conway and Earls on the flanks.

Rory Scannell partners Goggin in the centres with out-half Joey Carbery alongside Mathewson in the half-backs.

Kilcoyne, Niall Scannell and Stephen Archer make up the front row with Holland returning from injury to partner Tadhg Beirne in the second row.

Captain Peter O’Mahony, O’Donnell and CJ Stander complete the side.

Hooker Kevin O’Byrne and prop Ciaran Parker are both set to see their first PRO14 action of the season off the bench with O’Byrne returning from a calf injury. 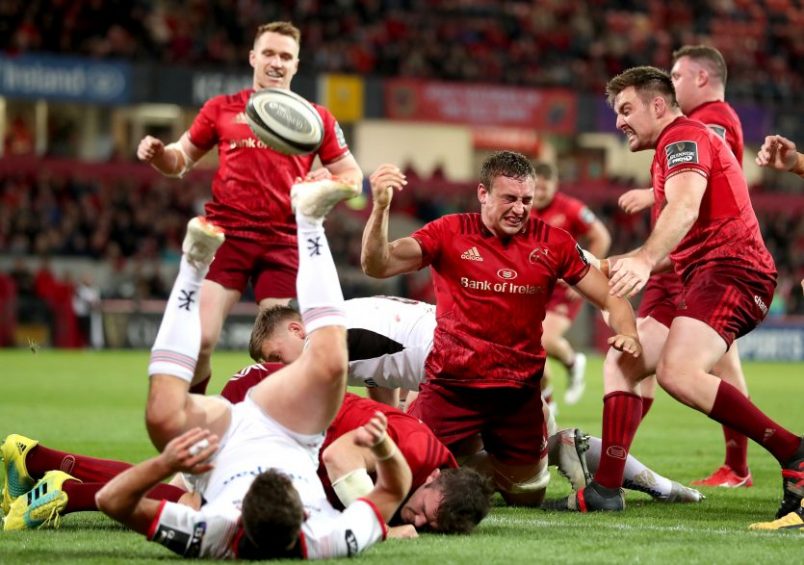 Munster secured a record PRO14 victory over Ulster after a dominant performance at Thomond Park on Saturday night.

Nine tries secured the win in a vibrant attacking performance with Joey Carbery awarded Man of the Match.

A brace of tries each for Dan Goggin and Tommy O’Donnell in the first half set Munster on their way with Peter O’Mahony, Carbery, Sammy Arnold, Keith Earls and Alex Wootton touching down after the break.

A late change for Munster saw winger Wootton come into the side in place of Mike Haley with Andrew Conway moving to full-back.

Although a late inclusion, Wootton did brilliantly to set up the opening try as Goggin’s blocked grubber bounced into Conway’s hands and he released Wootton for a scorching break up the left.

With just a man to beat, Wootton popped to Goggin on his shoulder to finish and Carbery’s conversion made it 7-0 after five minutes.

An excellent start became a perfect one three minutes later as O’Donnell burst through a gap in the Ulster defence and showed superb pace to finish in the left corner with Carbery again on target for a 14-0 lead.

A quick lineout taken quarterback style by debutant Alby Mathewson launched another Munster attack as the hosts dominated early on with excellent work at the breakdown by Peter O’Mahony giving Carbery the opportunity to kick three more points.

The out-half duly dispatched the long-range effort and Munster led 17-0 with 16 minutes gone.

The third try was scored just past the half hour with O’Donnell finishing off after powerful play from the pack. The chance was earned after Munster won a scrum penalty with Carbery kicking for the left corner.

The lineout was good, the rolling maul was very good and O’Donnell was unstoppable from close range. Carbery’s conversion came back off the near post and the Munster lead was 22 points.

The bonus-point try was scored by Goggin after 37 minutes as Munster pounded away at the Ulster line with Billy Holland among the players stopped inches short of the line. Stephen Archer popped the ball to the backs with Carbery sending Goggin over for the fourth try and Munster were 29-0 ahead at half-time.

Ulster came out firing after the interval and Darren Cave burst through the streched Munster defence after 46 minutes to get his side off the mark. Billy Burns converted to cut Munster’s advantage to 22 points.

Munster looked to quell the comeback immediately and after a rampant maul up the right flank, the ball went to the opposite wing with Wootton stopped just short of the line. The Ulster respite was brief though as Carbery looped a super pass for O’Mahony to dive over in the right corner with the out-half on target from the touchline.

Carbery scored his first try at Thomond Park after excellent work from Goggin and Wootton with Carbery collecting a looping Wootton pass to streak clear and score.

Replacement Arnold scored the next try after he pounced on a Wootton chip behind the defence before Earls crossed after Duncan Williams and Holland combined.

The win was rounded off by a Wotton try with Keatley’s touchline conversion capping off an outstanding performance.

Alby Mathewson made his Munster debut in the clash. 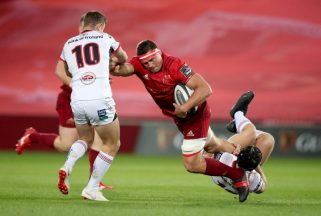 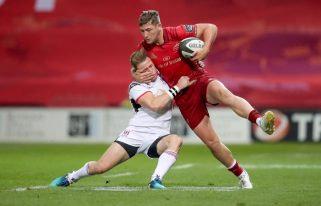 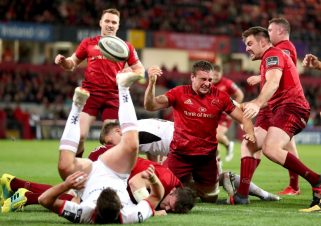 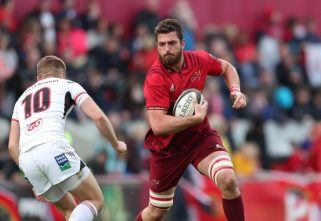 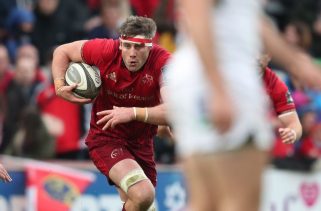 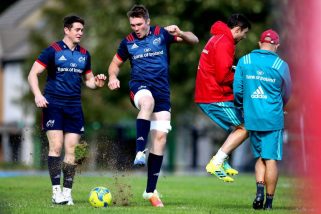 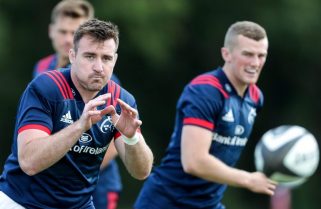 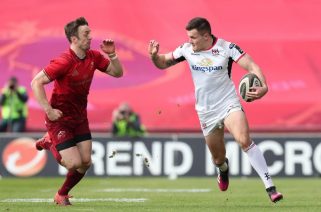