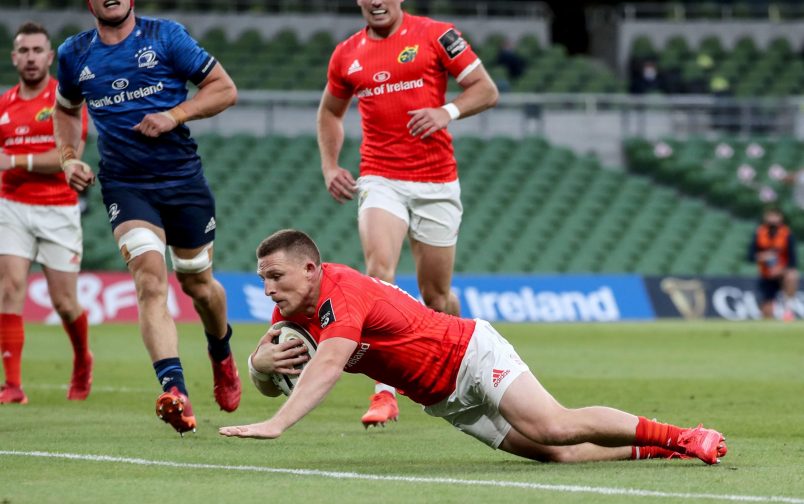 The Munster side has been named for Friday night’s Guinness PRO14 semi-final against Leinster at the Aviva Stadium (7.35pm, live on eir Sport and eir Sport’s Facebook page).

There are three changes to the side that defeated Connacht last week with Stephen Archer, Billy Holland and Jack O’Donoghue coming into the pack.

The backline is unchanged for the third weekend in succession.

Shane Daly starts at full-back with Andrew Conway and Keith Earls, who made his 100th PRO14 appearance last weekend, on either flank.

Damian de Allende and Chris Farrell pair up in the centres for the third time.

JJ Hanrahan, who was awarded the Guinness PRO14 Golden Boot for the second time this week, is partnered by Conor Murray in the half-backs.

Jeremy Loughman, Niall Scannell and Archer pack down in the front row.

Last week’s Man of the Match Tadhg Beirne and Holland are in the engine room with captain Peter O’Mahony, O’Donoghue and CJ Stander completing the starting XV.

Mike Haley has recently recovered from a calf injury and is in line for his first appearance since the return to rugby.

Munster Head Coach Johann van Graan said: “The challenge of facing Leinster at the Aviva is massive but it is a great opportunity for us on Friday night.

“We have prepared as well as we could and we’re looking forward to the game.

“We want as much continuity as possible, it’s great to be able to select the same backline three weekends in a row.

“We have got a quality squad and that means a lot of competition in all positions.

“Everybody just wants the opportunity to play and we are excited for Friday night.” 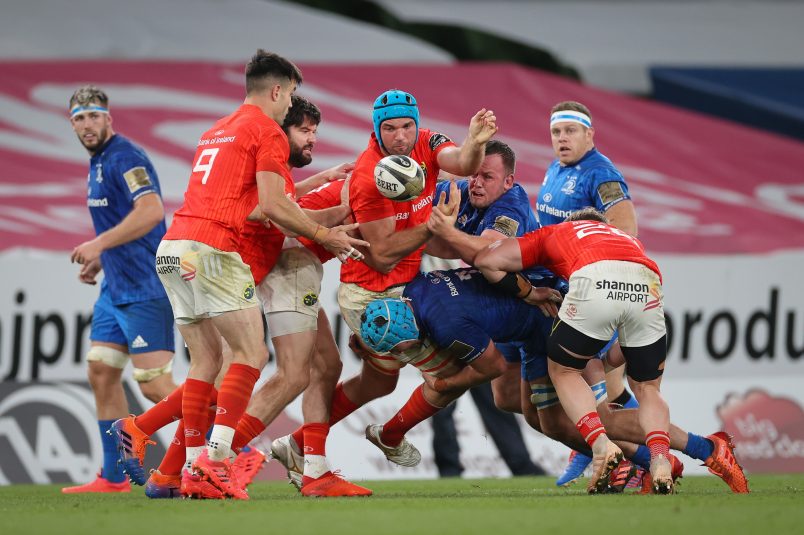 A view of the action from the Guinness PRO14 semi-final. Inpho

Munster bowed out of the Guinness PRO14 at the semi-final stage after a tought night at the Aviva Stadium on Friday.

JJ Hanrahan gave Munster the lead after five minutes with a well-struck penalty after CJ Stander won a penalty at the breakdown as Jordan Larmour was forced to hold on.

Johnny Sexton missed the target with his first shot at goal from long range on 10 minutes but Leinster hit the front on 27 minutes when Rónan Kelleher scored off a rolling maul.

An uncharacteristic knock-on from Keith Earls had given Leinster the scrum deep in Munster territory with the hosts winning the penalty and kicking for the corner.

The try went to the TMO for a possible double-movement but the score was awarded and Sexton’s conversion gave Leinster a 7-3 advantage.

Leinster ended the half in the ascendancy and Sexton kicked his first penalty just before the break for a 10-3 lead.

Andrew Conway took a knock on 45 minutes and was replaced by Rory Scannell with the Munster backline rejigged. Shane Daly moved to the wing with Rory and JJ rotating between out-half and full-back.

Stander won a big penalty for Munster deep in the Leinster half on 52 minutes but the decision was overturned as Daly was adjudged to have impeded Lowe in competing for a high ball.

Fantastic work at the breakdown from Tadhg Beirne did yield a penalty after 59 minutes but JJ was unable to land his long-range effort.

Sexton was then pinged for not rolling away with JJ narrowly wide with another effort from distance and Leinster were 13-3 in front when Sexton kicked his second penalty on 67 minutes.

Josh van de Flier was yellow-carded late on with Munster on the attack but Leinster ran out deserved winners.

Andrew Conway departed with an injury in the second half and will be assessed by the medical team. 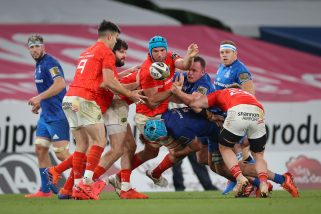 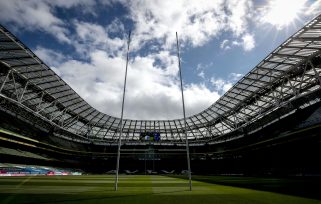 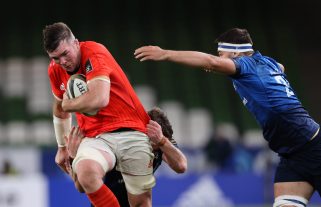 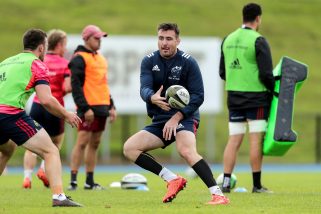