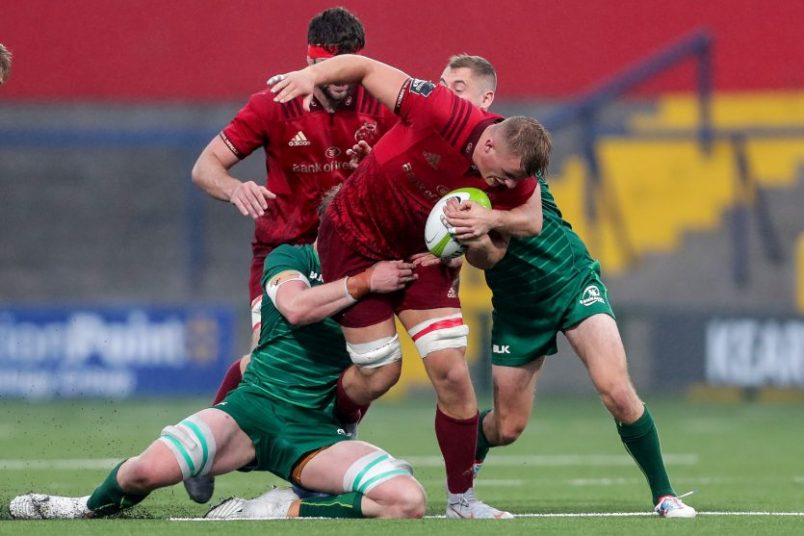 Gavin Coombes keeps his place in an unchanged back row.

The Munster A team to face Ospreys Development in the second game of the Celtic Cup at St Helens on Saturday at 2pm has been named by Head Coach Peter Malone.

Bill Johnston captains the side from out-half with 10 Greencore Munster Rugby Academy players included in the squad.

There are five changes to the side that defeated the Connacht Eagles 24-16 in last weekend’s Celtic Cup opener as Stephen Fitzgerald, Alan Tynan, Jack Stafford, Brian Scott and Fineen Wycherley are all drafted into the starting XV.

Seven senior players are involved as Johnston is joined in the starting XV by Fitzgerald, Calvin Nash, Jeremy Loughman, Scott and Wycherley with Ciaran Parker in the replacements.

Josh Wycherley, younger brother of Fineen, is also among the replacements with the West Cork man set to make his Celtic Cup debut.

Tynan and Fitzgerald join Nash in an exciting back three with the all-Academy centre pairing of Alex McHenry and Matt More unchanged.

Scrum-half Stafford comes in to partner Johnston in the half-backs as hooker Diarmuid Barron packs down with Loughman and Scott in the front row.

Fineen Wycherley and Sean O’Connor start in the engine room with the back row unchanged as Jack Daly, UCC’s John Hodnett and Gavin Coombes complete the starting XV.

UL Bohemians’ Darragh O’Grady and Young Munster’s Dan Walsh, who impressed off the bench against Connacht, complete the forward replacements. 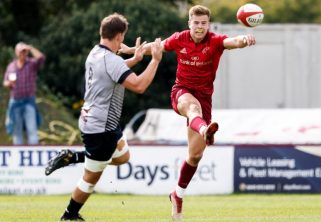 Video | Munster A Win In Ospreys