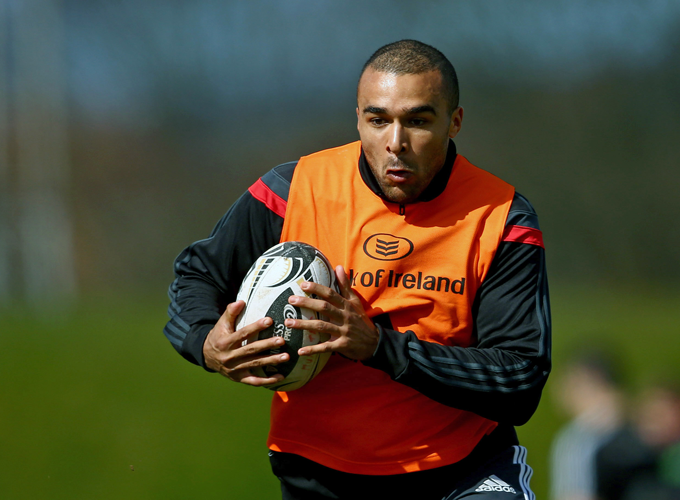 Head Coach Anthony Foley has named a strong side to face Connacht in Round 18 of the Guinness PRO12 at Thomond Park tomorrow, again naming Denis Hurley as captain and including a number of returning internationals in his matchday 23.

In total, Foley makes seven personnel and positional changes to the starting line up that lost to Ospreys in the last round of the competition.

Two changes in the front row see John Ryan and Stephen Archer come in to start on either side of Eusebio Guinazu with Donncha O’Callaghan and Billy Holland remaining in situ in the second row.

The return of Tommy O’Donnell at openside is the only change in the back row with Dave O’Callaghan and CJ Stander continuing at 6 and 8 respectively.

Duncan Williams and Ian Keatley again team up in the half-backs, while Andrew Smith makes his first start since returning from injury, doing so outside captain Denis Hurley in the midfield.

The return of Smith sees Keith Earls move to the right wing with Simon Zebo returning to the opposite flank. Should Zebo score a try this weekend, he will equal Doug Howlett’s league try record of 22 tries.

Felix Jones completes the back-three, reverting to full-back for this weekend’s clash.

Having successfully rehabbed an ankle injury sustained during training in February, Duncan Casey is named amongst the replacements.

With over 17,000 tickets now sold, Adult tickets start from just €;20 while Juniors can go from just €;7. Purchase tickets online here, from the Munster Rugby Ticket Offices at Thomond Park and Irish Independent Park or by calling 0818 719 300.

Tickets for this game can also be purchased as part of a 3 Match Pack where you can enjoy all three remaining home round games – against Connacht, Benetton Treviso and Newport-Gwent Dragons (both in Cork) – from just €;50. Start building your 3 Match Pack here.

Event Update
After a fantastic weekend for Irish Rugby, both the Senior and Women’s 6 Nations trophies will be on display at Thomond Park on Saturday, with Irish captains Paul O'Connell and Niamh Briggs taking to the field at half time as special guests. The trophies will be available for fans to view pre-match in the Guinness Dug Out Bar in the Fanzone Plaza from 3pm to 3.45pm, while Supporters Club members will get exclusive access to the trophies in the MRSC Bar in the West Stand from 4pm to 4.45pm. 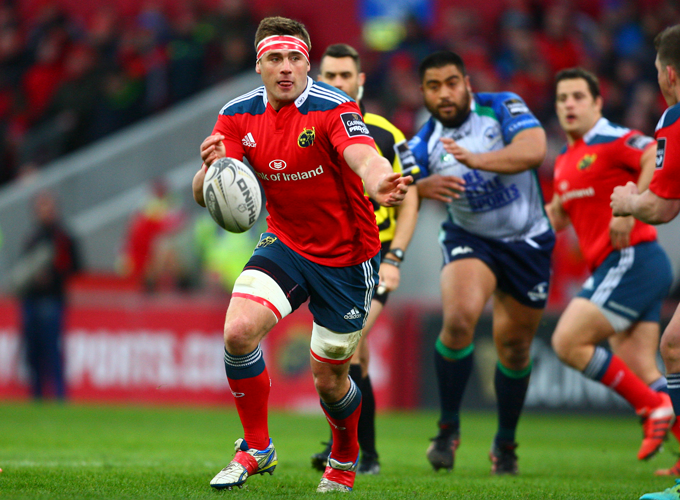 An overall scrappy opening 40 saw both teams play with ambition, yet cough up possession easily at the breakdown and kick inaccurately at times – perhaps the weather taking its toll on both provinces' kicking ambitions.

Connacht loosehead Denis Buckley in particular proved a thorn in the side for Munster, winning four penalties at the breakdown in the opening half alone.

First blood went the way of the visitors in the opening minute of the game when Munster were done for holding on. Connacht 10 Jack Carty did well to kick into the ever strengthening gusts from the touch line and get his side off the mark.

Connacht's opening infringement saw Munster opt for the lineout maul off of which man of the match CJ Stander and Tommy O'Donnell displayed their ball carrying prowess, advancing Munster towards the whitewash before referee Leighton Hodges eventually deemed the ball to be held up over the line.

From the subsequent scrum the hosts went through a couple of phases before Billy Holland made the most of poor fringe defence by Connacht, leaping athletically over the line for the opening try of the game on 14 minutes, which Ian Keatley also converted.

Credit to the Munster pack who neutralised an attacking Connacht maul within yards of their own try line, while the westerners for their part did well to get back and steal possession from Munster when they looked odds on to cross for their second after an opportunistic kick and chase from Simon Zebo followed by a quick lineout from Felix Jones.

Good Connacht cover defence would also deny Jones as he countered well from a Munster turnover deep in his own half.

From the restart, just like the opening 40, the game continued to ebb and flow with both sides making respective infringements at the breakdown.

The first opportunity for points came the way of Connacht with Carty making amends for a miss just before the interval, reducing the deficit to 1 point on 45 minutes.

Keatley was unable to return the favour just minutes later when Pat Lam's men went in off their feet, his effort going to the right and wide.

However, he soon had the chance to kick for the posts again – converting Munster's second try after numerous pick and go phases powered the hosts into the Connacht 22, and when Donncha O'Callaghan cleverly turned his body to set up the Munster maul just feet from the try line, the visiting defence had no answer – the retuning Duncan Casey the one to touch down.

Now in the ascendancy, Munster continued to pick and go, making good yardage and drawing in the Connacht defence before spreading it wide through Keatley, captain Denis Hurley and Zebo who showed great skill to pick up the ball from his feet at pace and dive under the covering Connacht defence for Munster's third try of the evening.

As Munster chased a valuable bonus point, against the run of play, it was the westerners who struck next.

A spill from the hands of Keith Earls as he attempted to gather the high ball saw it bounce favourably for Connacht replacement Miah Nikora who ran in unopposed from just inside the Munster half, Nikora also converting.

Yet any hopes of a Connacht comeback were to be short-lived.

Holding their composure, Munster continued with the direct game that served them well in the second half, again going through the phases upfront before Duncan Williams released Andrew Smith who exploited the stretched Connacht defence for the bonus point try with JJ Hanrahan adding the extras

High in confidence and running from deep, Munster would then run in their fifth. Earls was the chief orchestrator, showing again his serious pace when gathering his own kick chase and then finding Hurley – the captain with a clear run in under the posts. Hanrahan was again on hand to land the easy conversion.

Connacht did score a late try through Shane O'Leary but it was the Munster-men who would have the final say. This time is was Hurley's turn to return the favour to Earls, the captain's neat grubber duly grabbed by the winger and there was no catching him as he touched down behind the posts.

Hanrahan's conversion would be the final action of the game, Anthony Foley's charges running out deserved 42-20 bonus point winners at Thomond Park. 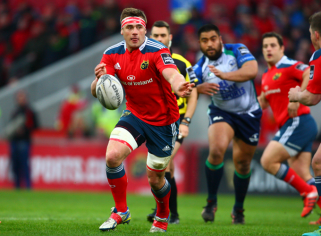