There’s nothing not to like about Harelquin’s director of Rugby Conor O’Shea. Except maybe one thing.

He's the guy who's plotting Munster's demise in this year's Heineken Cup.

And there's probably no-one better placed to guide an English side through the choppy waters, particularly against a side he candidly admits "have made the Heineken cup what it is".

Speaking on Quins website O'Shea, 'can't wait' for today's encounter against a side he openly admires in a competition he obviously wholeheartedly embraces.

"It's what you get into rugby for. Days like this. The quarter final of the Heineken Cup. Only eight teams left and playing against probably the team, in my opinion the team who have made the Heineken cup what it is.

"Their journey, to their ultimate holy Grail, the consistent success they've had but also the heartache along the way. Its kinda proof to every team what you have to go through to ultimately achieve. "It's going to be an incredibly exciting day and we just hope we can deliver the performance our supporters want."

"But then you look at the players they've got." and he rattles off a host of names before continuing in a deeply respectful drawl. " They're a reaaaally good rugby side.

"People might get carried away by results," he says, possibly referencing Munster's recent less than impressive run, " but we know the performances they can reach. 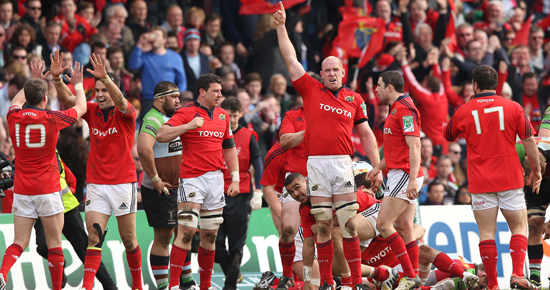 Once again Munster are the sole bearers of Irish Heineken Cup hopes following an enthralling peformance and 18-12 win over Harlequins at a full house Stoop.

And it was a victory reminiscent of earlier times when they set out on a journey that has seen them become the most consistent side in the history of the competition as they prepare to contest their 10th semi final in 14 seasons.

It was a performance that will be remembered as one of their finest when experience welded to the boundless energy of youth simply proved too potent for this Quins side.

It's likely that the pre-match favourites and number one seeds probably looked at Munster's recent form and really didn't think they were up to much.

Afterwards a gracious Conor O'Shea spoke about a "brilliant, brilliant Munster performance" but singled out Paul O'Connell for special mention. ""I thought he was absolutely majestic, the whole team was physical but he was the totem the whole team rose around.""

O'Connell was awarded the man of the match gong but he in turn was fulsome in his praise of the 'young fellas'. Included in the list had to be Tommy O'Donnell, Dave Kilcoyne, Conor Murray and Peter O'Mahony who all got through a trojan amount of work while one of the ould lads, Ronan O'Gara, had a hugely influential influence on the outcome.

Not alone did he have the mental fortitude to miss two early kicks and then come back with a six from six return but his kicking and general play was out of the top drawer. Casey Laulala was another who put in a really tremendous shift and perhaps the energy and commitment of the entire side was best illustrated by James Downey's crunching tackle on Mike Brown as the game drew to a close and Brown came steaming downfield on the counter.

O'Gara struck the upright with his first kick after 5 minutes and missed a second time at the close of the opening quarter after Nick Evans had kicked Quins 6 points clear.

Both those penalties came at scrum time but the Munster pack had by then come to terms with their opposites and were more than holding their own. O'Gara opened his account in the 25th minute and then swopped penalties with Evans to leave Munster trailing by three at the break.

In sharp contrast to the previous weekend in Glasgow, Munster came out of the traps in the second half with all guns blazing and three minutes in O'Gara had them level.

Three more penalties in the space of ten minutes gave Munster a ten point cushion and at this stage all the play was in the Quins end of the field. Importantly, after each O'Gara effort Munster would win the restarts and either O'Gara or Conor Murray used possession shrewdly to keep the pressure on the home side.

Evans made it a one score game with 15 minutes remaining but by then Munster had set out their defensive stall uncompromisingly and Quins had neither the wit nor the warriors to alter the outcome. 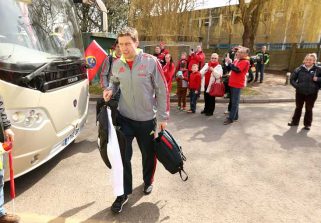 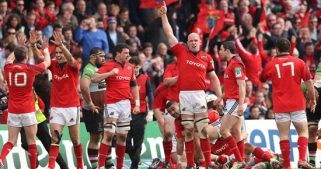