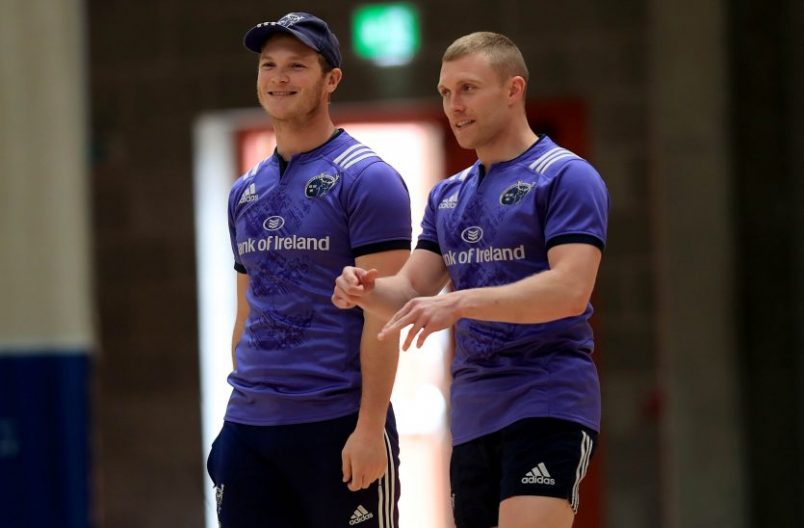 Included in the starting line-up are Donnacha Ryan and Tyler Bleyendaal having completed their return to play protocols this week.

There are two changes in the back row with only Jack O’Donoghue retained at number eight as Captain Peter O’Mahony and Tommy O’Donnell return to the flanks.

The half back pairing of Duncan Williams and Tyler Bleyendaal remain in situ.

Keith Earls, Rory Scannell and Simon Zebo are introduced to the backline with Earls on the left wing, Scannell inside Francis Saili, and Zebo at fullback.

Ian Keatley is named in the replacements after rehabbing a knee ligament injury sustained against Cardiff Blues at the start of March, while James Cronin is also named after overcoming a bang to his knee in last weekend’s encounter against Glasgow Warriors.

Tickets can be purchased online here and from the Munster Rugby Ticket Office at Thomond Park until 4pm today, and on match-day.

VIDEO | Check out our latest Guinness PRO12 profile below as we feature Billy Holland this week. 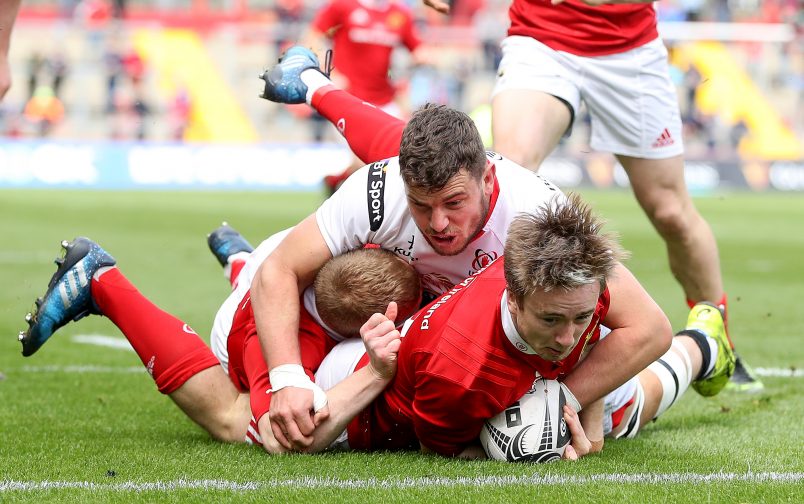 Munster have secured their place in the Guinness PRO12 play offs with a spirited 22-20 win over interprovincial rivals Ulster at Thomond Park this afternoon.  A tight, tense and tit-for-tat affair on the scoreboard, for the seventh time in succession, no more than three points has separated these sides at the full time whistle.

Unforced errors were rife in the game, especially in the opening half, but that would not stop both sides trading tries with less than 8 minutes played – Ulster via a textbook maul and Munster via former Ulsterman Angus Lloyd who reaped reward from a neat dummy and line break from captain Peter O’Mahony.  A late call up to the starting XV after Duncan Williams was removed due to a groin strain, Lloyd gave a huge opening half performance with quick service and a pinpoint kicking game that released pressure at crucial junctures.  A penalty apiece from Paddy Jackson and Ian Keatley had the sides level at the break.

Upon the resumption,  no sooner had Francis Saili and man of the match Keith Earls combined for the try of the game than a Luke Marshall score put Ulster right back in front with 15 minutes left to play. However, the Munster pack and Dave O’Callaghan had the decisive say, the back row crashing over after clinical work in the maul and through the phases.

Ulster’s intent was evident from the off, opting for the corner from a kickable position when Ian Keatley was pinged for holding on.  With the lineout secured and the maul set, Ulster were unwavering in their mission to cross the whitewash, Ireland captain Rory Best the one to dot down with Jackson adding the extras.

Within minutes Munster were back on level terms, due in large part to a moment of brilliance from captain Peter O’Mahony.  Selling the sweetest of dummies to Ulster star-man Charles Piutau, O’Mahony broke the gainline before finding Earls and retaking the pass to release Lloyd who stepped beautifully off the right wing to barge his way over the tryline.  Keatley bisected the posts for the extras.

Yet Ulster maintained most of the early possession and that pressure told in the penalty count, Jackson adding a further three points when Saili went offside in defence before sending another kick off to the right when Munster went high in the tackle.

A third straight penalty saw Ulster kick for the corner in an attempt to replicate their opening try but this time Munster had their measure, and more good work from the pack allowed Keatley level affairs with a scrum penalty on 37 minutes.

Dave Kilcoyne was unlucky to be held up over the tryline after Rory Scannell and Andrew Conway combined to bring Munster within 5 metres.  A knock on off the subsequent scrum would signal the half time whistle and the sides headed for the dressing room all square.

Munster played with a strong wind in the second half but that seemed to matter little early on, Jacob Stockdale crossing the whitewash for Ulster, only to be called back for a forward pass from Marshall in the build-up.  A penalty would soon follow after Andrew Trimble’s break to the 5 metre line had the Munster defence at sixes-and-sevens and Jackson nudged the visitors back in front with just over a quarter left to play.

Then came a moment of  magic from Saili. Taking a long looping pass from Rory Scannell, the New Zealander rounded the first defender before stepping inside the cover and finding Earls who was at his fleetfooted best in crossing for Munster’s second.  Replacement Tyler Bleyendaal was just to the right with the extras.

Ulster’s reply was swift, this time Saili coming out of the defensive line too early and creating the gap for Marshall to race in unopposed with Jackson’s conversion giving the northern province a five point buffer.

But this game would ebb and flow for the full-80 and Munster struck back with the game’s pivotal score. Kicking to the corner on 70 minutes, the pack made the hard yards through the maul before sharp and precise phase play saw Dave O’Callaghan touchdown with Bleyendaal’s crucial conversion handing Munster a two point lead.

A late Rory Scannell dropgoal denied Ulster a home victory in October and the northerners tried to return the favour with 80 minutes on the clock, but Jackson’s long range effort went well left and Munster held on to book their semi final spot.

Rassie Erasmus’ men will now switch their focus to next weekend’s Champions Cup semi final against Saracens at the Aviva Stadium.

PRO12 round 20 round up: Darren Sweetnam was removed after failing a HIA in the opening minutes of this afternoon’s game while Rory Scannell came off with an ankle knock midway through the second half.  Both continue to be assessed by the medical team.

Meanwhile, Ian Keatley made a successful return to action from the knee injury he sustained against Cardiff Blues in March with scrum half Angus Lloyd scoring his first try in what was Munster’s 17th win of the current campaign. 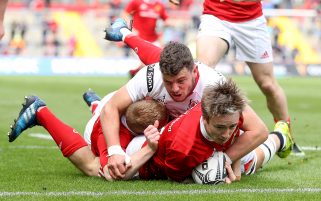 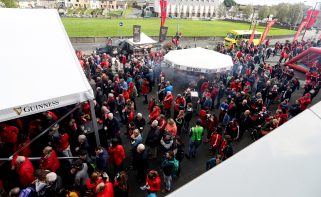 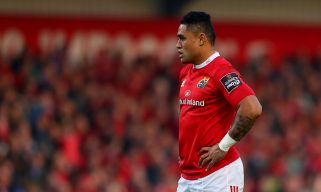 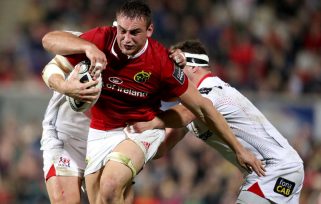