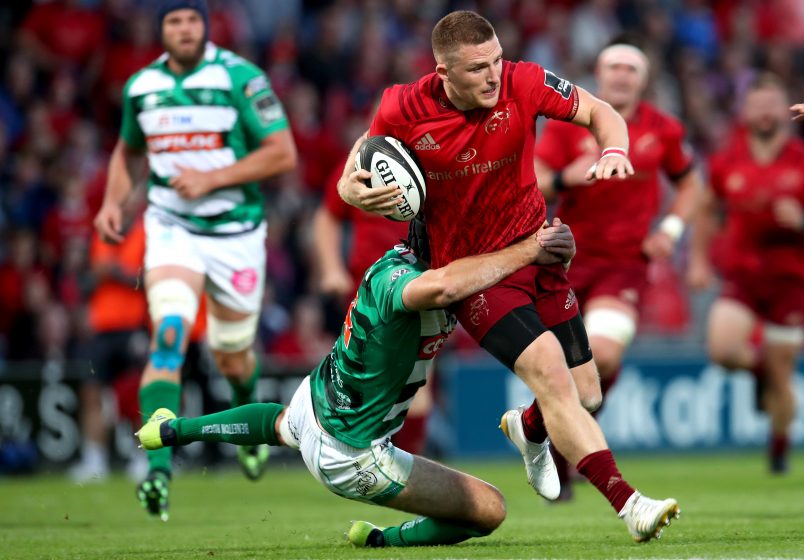 Director of Rugby Rassie Erasmus makes just one change to the side that defeated Benetton Rugby for tomorrow evening’s Guinness PRO14 clash with Cheetahs at Thomond Park – ko 5.15pm.

That change sees Ian Keatley come in for Tyler Bleyendaal at out half with second row Billy Holland taking charge as captain this weekend.  Following strong showings in round one, the Greencore Munster Academy duo of loosehead Liam O’Connor and blindside Sean O’Connor retain their starting positions.

In naming a strong bench, Erasmus includes no less than five returning internationals with Niall Scannell, Dave Kilcoyne, John Ryan, Rory Scannell and Simon Zebo all likely to see their first action of the new season.

Fullback Andrew Conway will make his 100th Guinness PRO14 appearance, as will Kilcoyne should he appear off the bench.

Tickets from: Adults €20; Families €40; Juniors €7 and are available to buy online here, from the Munster Rugby Ticket Offices at Thomond Park and Irish Independent Park or by calling 061 421103.

Tickets will also be available from the Ticket Office in Thomond Park on matchday from 9am. 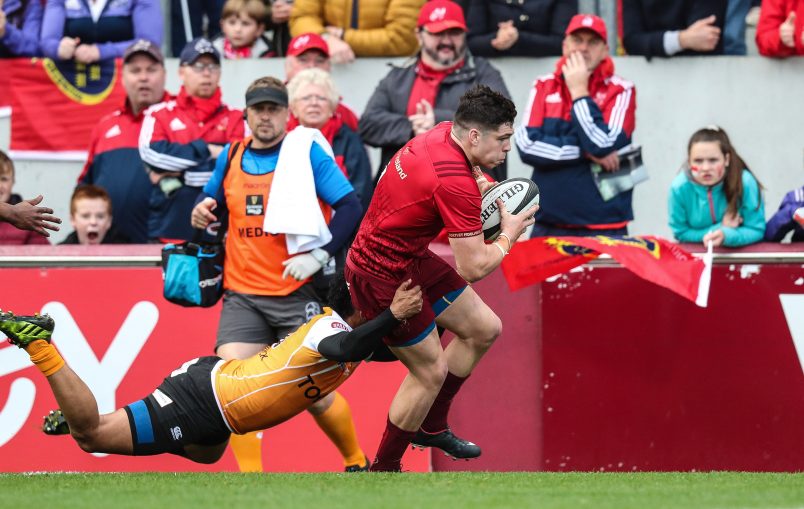 Alex Wootton crosses for one of his four tries against Cheetahs. ©INPHO/Billy Stickland

Scoring the opening try after just five minutes, Munster never looked back from there as they thoroughly outplayed Cheetahs with an eight-try 51-18 win that saw man of the match Alex Wootton bag no less than four tries.

Tommy O’Donnell was first to cross the whitewash with Wootton securing his brace by the 34th minute and Munster headed for the interval very much in command at 22-6.

A lapse in the Munster defence allowed Cheetahs’ midfield partnership of Francois Venter and William Small-Smith draw one back all too easily, but Munster’s reply was swift – Jean Kleyn touched down for the try bonus point, Wootton completed his foursome, Chris Farrell crossed for his first Munster try and Simon Zebo marked his first appearance of the season with the final Munster try to claim a half-century score.

Ian Keatley made no mistake with the opening penalty chance in front of the posts after the visitors were pinged for offside and on five minutes the scrum provided an early scoring platform as Jack O’Donoghue peeled away to feed a charging O’Donnell who could not be stopped from close range.

Picking up from where they left off last weekend, the back-three trio of Wootton, Andrew Conway and Darren Sweetnam continued to shine. A well-executed skip pass from the latter to Wootton saw the winger cross for Munster’s second after 19 minutes and Keatley was faultless off the tee for the extras.

The penalty tally continued to tick over for both sides and when Munster went off their feet inside the visitors 10m line, Robbie Petzer duly took the points to reduce the margin to 11 points.

However, minutes later Cheetahs would lose talisman Niell Jordaan, their leading tackler in round one, to a leg injury.

The hosts’ backline continued to click and capitalised on space out wide when a well-linked pop pass from Keatley to Sweetnam and quick hands across the back-three saw Wootton cross for his second and Munster’s third.

On the resumption the visitors came straight out of the blocks, captain Venter claiming a kick, stepping the defence inside his own 10m line and passing to speedster Small-Smith who ran in a solo effort – Munster all too slow to react.

That score was the only blip in an otherwise impressive half that saw the province run in five tries starting with Jean Kleyn’s 48th minute effort for the bonus point.  The lock made it three tries in two games when he crashed over off another impressive Munster maul.

Newcomer Chris Farrell got his first score in a red jersey when he glided through the visitors’ defence before Wootton upped the ante with two successive tries, the first coming off a clever Duncan Williams dummy and kick ahead, and the second off another perfectly weighted skip-pass from Sweetnam.

Zebo’s fingertips were enough to put the icing on the cake with Munster’s eighth.  Keatley sent the conversion just right, but landed a total of four conversions on the night.

Mounting one final surge, Henco Venter did cross at close range for Cheetahs in the final play of the game, Petzer converting, but it was scant consolation, Munster dominant throughout and deservedly winning 51-18.

Andrew Conway and Dave Kilcoyne both made their 100th Guinness PRO14 appearance.

Alex Wootton became just the second Munster player in history to score four tries in a PRO14 game, the first being Mike Mullins in 2001.

Chris Farrell crossed for his first try in the red jersey.

After the game MunsterRugby.ie caught up with man of the match Alex Wootton. 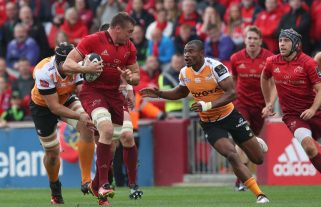 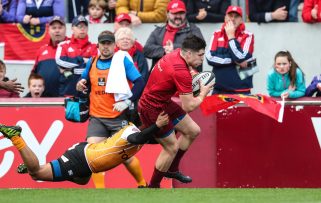 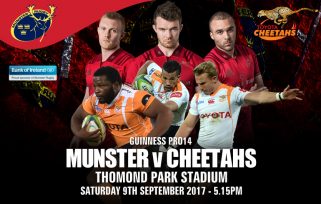 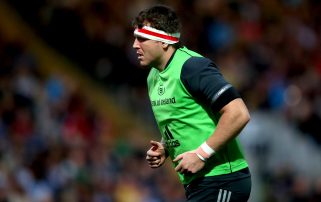 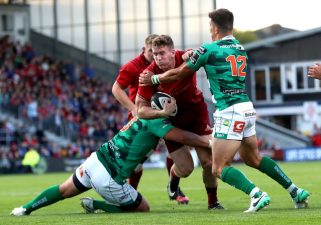 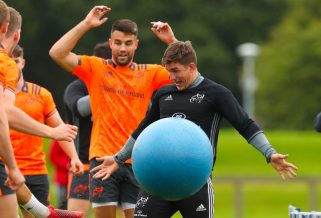