West Hoping to Take Ireland to Next Level 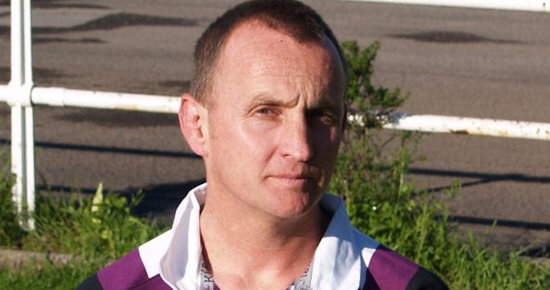 New Irish women’s rugby coach Kevin West says he is hoping to take Ireland to the next level this season – which will see his side contest the 6 Nations as well the Women’s Rugby World Cup.

Ireland finished third in the 6 Nations last year – their best ever finish – and in an interview with women’s rugby website www.scrumqueens.com, West says that his squad need to close the gap between themselves and the world leading nations.

“We are babies in the conditioning sense, in comparison with some of the top teams in the world, but with the enthusiasm and the pure professionalism these girls have, we’ll catch up quickly,” West predicted.

“The competitiveness of the rugby that we play may well be another factor. It’s a big step from club to international, but the greater exposure we get to playing international fixtures, the better we get at that.”

West has been in Ireland since 1994 after an invitation to join the coaching team at Naas. With experience at club and senior level in New Zealand behind him, he had had heard about the job by word of mouth.
He liked what he saw and stayed, subsequently going on to coach Blackrock and Terenure. West, who works in sports advertising, has also had some success with Senior Cup teams, including stints at Newbridge, Roscrea and Clongowes and now the Irish women’s side.

He said that he believes that the competition for top-flight places in the Irish squad has to come from a broader base than at present, where clubs such as Blackrock and UL Bohs make up the backbone of the provincial and therefore national squads.

His first Irish training camp will be held in early December, with a friendly fixture v Scotland on the cards prior to the Six Nations – venue and date to be finalised.

“It’s hard, we don’t get together as much as we would like. They have a pretty active schedule with the provincial and club games,” said the coach, noting however that there will be a number of weekend training camps prior to the Six Nations and leading into World Cup 2010.

And then all eyes will turn to the World Cup which will kick off in England in late August.

“I know from speaking to the players, they believe they can perform against any other opposition, they really do. So we have to make sure with the strides we are making in Six Nations preparation that we can.”

“We are interested in taking each game as it comes, and if anything we’d love to be able to look back in ten years and see our name there in the final round, whoever we come up against.”