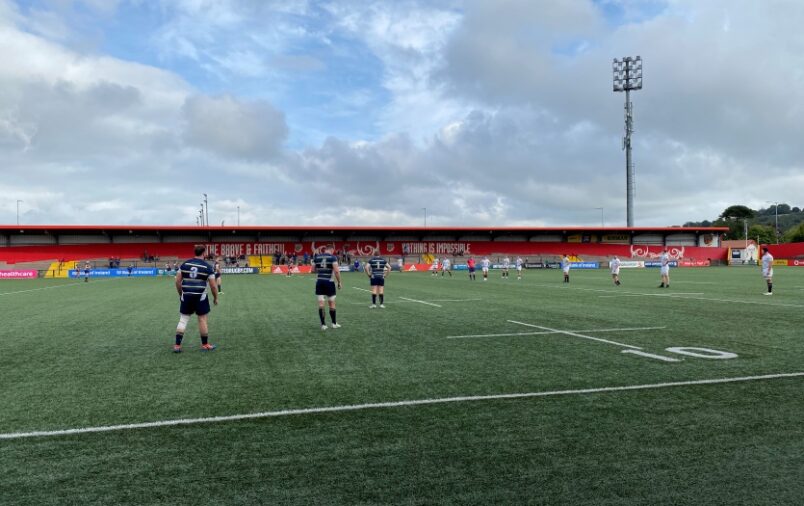 There were no major shocks in the opening games of the Bank of Ireland Munster Senior Challenge Cup while there were losses for Munster sides in the Women’s All Ireland League.

Old Belvedere defeated U.L. Bohemian 14-5 in the opening round of the Women’s All Ireland League at Ollie Campbell Park. The home side led 5-0 at half time and Clodagh O’Halloran scored a try for U.L. Bohs after the break.

Ballincollig were heavily defeated 74-0 away to Galwegians.

Cork Constitution defeated Dolphin 51-3 at Musgrave Park in the opening round of the Bank of Ireland Munster Senior Challenge Cup. Tomas Quinlan kicked Dolphin into an early lead with a penalty after five minutes, but Aidan Moynihan had the sides level after eleven minutes. Tries from George Coomber, Billy Scannell, Harry O’Riordan, and Greg Higgins, along with three conversions by Moynihan, gave the visitors a 29-3 half time lead. Second-half tries from Coomber (2), O’Riordan, and Bruce Matthews, one of which Moynihan converted saw Con’ run out comfortable winners.

Con’ will now host Cashel in the next round, after the Tipperary side defeated Newcastle West 43-17. Jerry Ryan scored two tries for Cashel, and Brendan Ryan, Ben Murphy, Ciaran Ryan, Kalen Murphy, and Richard Kingston got one each. Aidan McDonald kicked four conversions. Shane Airy and Sean Murphy scored tries for Newcastle West, and Airy converted both and also added a penalty.

Holders Young Munster received a walk over from U.L. Bohemian and will now travel to Clonmel in the next round, after the Tipperary side defeated Sunday’s Well 27-17.

The Well took the lead with a try by Jack McHenry which Josh Featherstone converted. Clonmel drew level with a try and conversion by Aidan Hickey to leave the sides 7-7 at the interval. Tries by Darren Slattery and Alex Sheehan and two conversions and a penalty by Hickey saw Clonmel jump into a seventeen-point lead with twenty minutes remaining. McHenry and Adam Brown rallied with tries for the ‘Well, but a late Hickey penalty ensured victory for Clonmel.

Nenagh Ormond defeated Old Crescent 29-10 at Takumi Park. The sides were level 10-10 at halftime. A try from Dylan Murphy and a conversion and a penalty by James Finn gave the visitors a 10-0 lead before a try, conversion and a penalty by Ronan McKenna levelled for Old Crescent. Tries from Jack O’Keeffe, Willie Coffey, and John Healy, two of which were converted by Finn ensured Nenagh’s passage to the quarter-finals. This game also doubled up as a Sporting Limerick Charity Cup semi-final, and Nenagh will now face Shannon in the final.

A try from Matt Burke, a conversion, and two penalties by Michael Cooke helped Shannon to a 13-6 win over U.C.C. at Coonagh.

In the Transfield Cup Thomond had a hard-earned 12-0 win away to St Mary’s. A try by Ryan Ahern and converted by Eoghan Sherlock gave Thomond a 7-0 interval lead. Denis O’Brien added a second try late in the game.

Three penalties from Dave Cogan helped Mallow to a 9-5 win over Kanturk. Kieran Vaughan scored a try for Kanturk.

A late try from Dylan O’Connor helped U.L. Bohemian to a 27-24 win over Richmond. Brian Mullins, Jordan Dillon, and Jeff McNamara scored tries for Richmond and Tadhg Bennett converted all three and also added a penalty.

Waterpark defeated Kilfeacle 26-10 in the opening round of the Mansergh Cup. Paul Cotter scored two tries for Waterpark, Willie Walsh and Jack Walsh got one apiece. Willie Walsh kicked three conversions. Fiachra O’Grady replied with a try for Kilfeacle, and Luke Heuston converted and added a penalty. 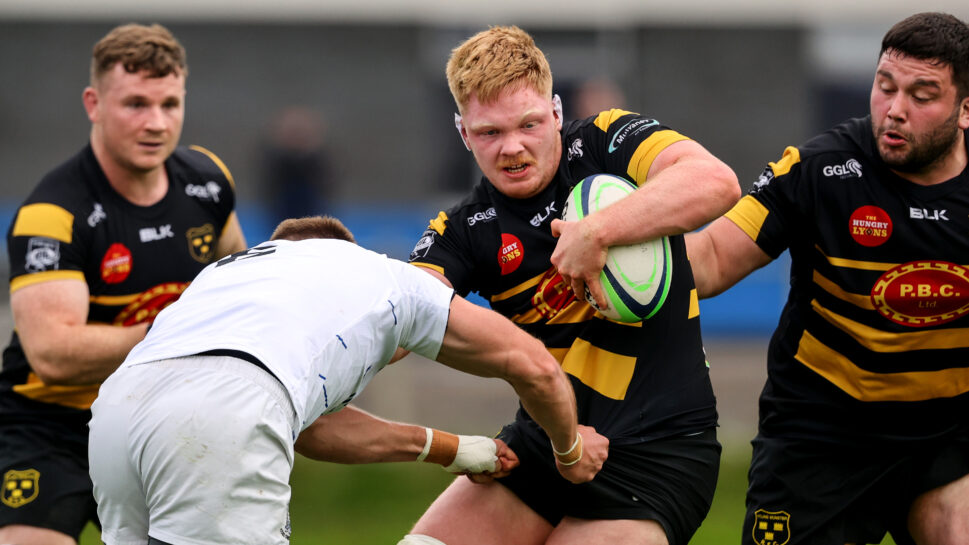 Action in the Men’s All Ireland League resumes this week after a weekend off, the All Ireland Junior Cup also gets underway and there are... 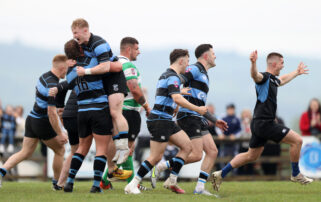 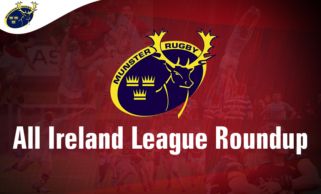