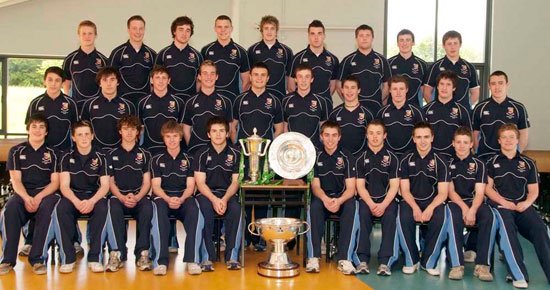 The Castletroy College Senior Squad will be making the trip to the Southern Hemisphere this Saturday as they embark on a three week tour of South Africa.

With a touring squad of thirty players and ten coaches, the school side are counting down the hours to a trip of a lifetime.

The tourists have a hectic schedule over the coming weeks with five games to be played as they make their way around South Africa. They will be busy off the pitch also as they follow the Lions tour in the hope of meeting some of their Lions heros.

The students will get the chance to head to three of the Lions touring games, the Sharks in Durban, the Southern Kings in Port Elizabeth and the Emerging Springboks in Cape Town.

The tour itself has taken the bones of two years to organise and is a credit to the school and volunteers that aided the whole process. The students themselves were out in force fundraising through different initiatives like raffles, bag packing, quiz nights and much more. No doubt nobody wanted to miss out on this opportunity of a lifetime!

Munster Rugby would like to wish the school side all the best as they embark on this exciting tour.