Schools Success in the Sportsground 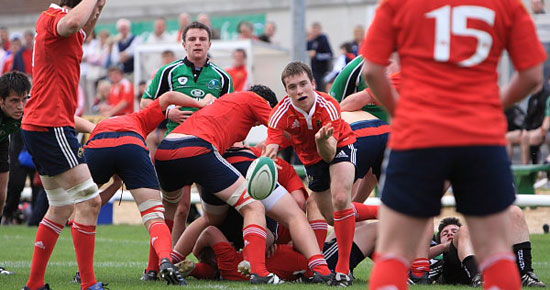 The Munster Schools U18s side got back on track yestreday with a win over Connacht U18s and the Schools U19s continued on winnning ways with a comprehensive win in their Connacht tie.

The Munster Schools U18s defeated Connacht 11-7 earlier in the day, coming back from last week’s defeat to Ulster and doing just enough in the sportsground to ensure victory.

The Munster U19s kicked off at 2.30pm and led 20-10 going in at the break and there was no stopping them in the second half as they pulled away, defeating the Connacht Schools U19s 44-13.

Next up for both sides is Leinster in Donnybrook on Wednesday October 7th, ko’s tbc.

Munster Schools in the Sportsground

News from around the Clubs