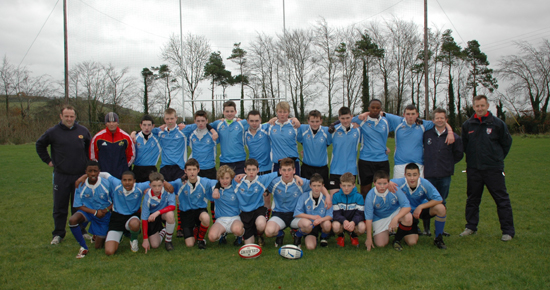 On the back of the recent success of both the Munster and Irish Team a huge interest in rugby developed in Rice College.

Following numerous requests by pupils to their newly appointed Principle, Louis Mulqueen, training began under the guidance of Munster Community Rugby professional staff which commenced in the school term of February to May 2009.

The school is currently in the process of designing its new jersey and looks forward to launching it in January 2010.

Principle Louis Mulqueen would like to take this opportunity to thank Garryowen FC for the use of their club jersey for the school’s first rugby match.