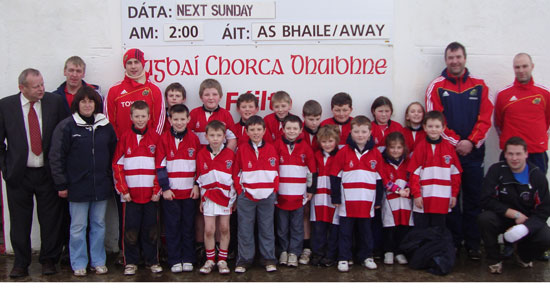 Munster player Felix Jones was also on hand to take part in a question and answer forum for pupils from Lispole National School and Pobal Scoil Chorca Dhuibhne as well as a jersey signing and autograph session.

The Rugbai Chorca Dhuibhne Mini, Under 13 and Ladies Team also enjoyed a training session with the Munster Players and were delighted with the opportunity to learn from them.

Munster Rugby’s Community Rugby Officer Shane O’Rourke would like to thank Rugbai Chorca Dhuibhne for coordinating the event which was invaluable in the promotion of rugby within the West Kerry area.