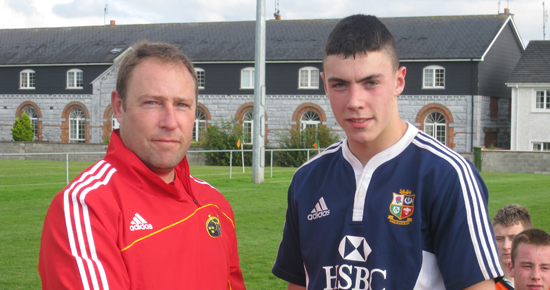 Following on from the summer and October camps held throughout the province, preparations continue with the screening and selection process for the Munster youths for the 2010/2011 season.

Working within the framework of the national talent programme, staff members of the Munster Rugby Academy and the Munster Rugby Domestic game department were joined by seventy two players in Charleville RFC on Tuesday the 8th of December.

Fifteen and sixteen year old players representing numerous clubs from the province were in attendance at the one day screening camp.

The management teams include a head coach, assistant coach, conditioning coach and team manager, and they select players from the clubs affiliated to their assigned area.

From Tuesday’s screening day an Under 17 squad of 35 players will be selected, and will play their Connacht counterparts in St. Senans RFC on Monday December 28th, ko 2pm.