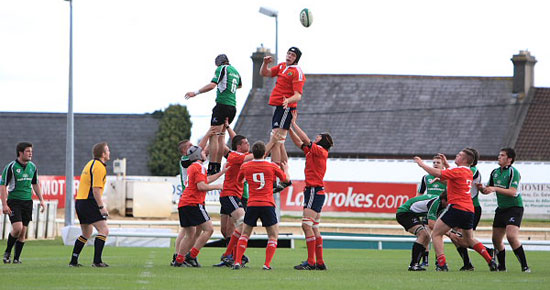 The Munster Schools U18s and U19s play their final Interpro game against Leinster tomorrow in Donnybrook.

The Munster schools face their toughest challenge to date when they take on the undefeated Leinster U18s and U19s tomorrow afternoon.

First up is the Schools U18s game at 1pm, and Munster, going in with one win and one loss so far will hope to end their campaign by overcoming the Leinster challenge.

The Munster and Leinster U19s have won their respective Connacht and Ulster ties and both sides go head to head at 2.30pm to contest the 2009 Interprovincial Schools U19 title.

As with previous years, the U18 and U19 schools double header between Munster and Leinster awards the winning side with the "Tim West Memorial Trophy". This is in commemoration of Tim West a past President of the Munster Branch and a former Honorary Secretary of the Leinster and Munster schools sub committees.

Taking the aggregate score into consideration from both fixtures, the province with the highest score is awarded the cup. Leinster are the current holders.