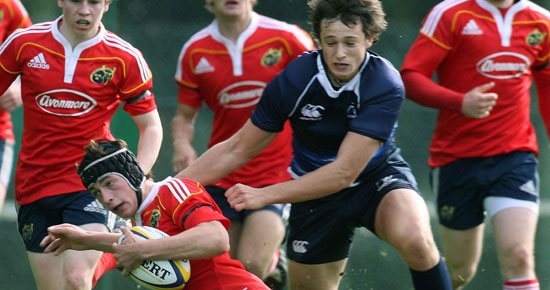 The Munster Schools U18s defeated Leinster 21-16 earlier today, but unfortunately it was not enough for the U18s to stake a claim on the Interprovincial title, losing out to a superior Leinster points difference.

The U19s kicked off at 2.30pm and Munster were down 16-3 at halftime with the penalty taken by Jack Murray. Munster went on to score a late try by Keith McManus but Leinster had already done enough, winning the Interprovincial Championship on a 19-8 scoreline.