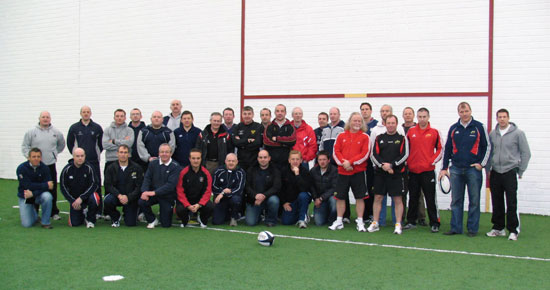 On Sunday, March 29th the Munster Rugby Domestic Game Department held a coaching workshop at the Mallow GAA complex which was attended by the Munster Coaching Staff.

The workshop is another initiative aimed at forging closer ties between the domestic and professional game within Munster.

Presenters on the day comprised of the professional team coaches, Tony McGahan, Laurie Fisher and Jason Holland. Thirty coaches from Clubs around the province attended the workshop and were treated to three excellent presentations.

Topics covered included backline attack, the breakdown, counter attack and defensive organisation. The day was of great benefit to the club coaches as they got top class tutoring from the 1st team coaches.