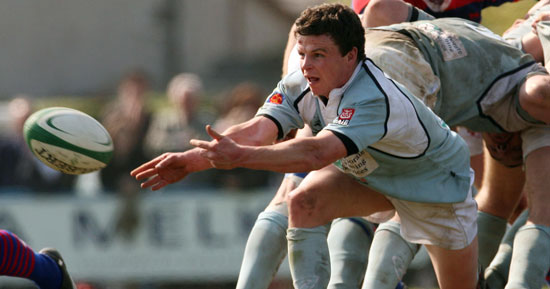 Progress was made in several competitions this weekend with numerous finals to be decided in the coming days.

Garryowen and Highfield qualified for the Munster Junior Plate Final.

In the other semi final Highfield easily brushed aside the challenge of Dolphin at Woodleigh Park with a 48-13 victory. Aidan Burke, Alan Stack and Brian O’Hea scored two tries each for the home side and Rory Langford and Dave Harmon got one apiece. John Sheehan kicked four conversions.

Castleisland were crowned Munster Junior League Division Three champions at Abbeyfeale after their 9-3 win over Killarney. The sides were scoreless at half time. Three penalties from Shane Flynn to one by Sean Hickey for Killarney decided this contest.

Newport playing their first ever game at Musgrave Park lifted the Munster Junior Bowl trophy with a 17-15 win over Fermoy. A try by Brian Collins and two penalties from Micheal Ryan gave Newport an 11-9 advantage at half time Joe Lee kicked three penalties for the North Cork side. Both Ryan and Lee each kicked two penalties in the second half as Newport held on for victory.

U.L. Bohemian defeated holders U.C.C. in the semi final of the Munster Seconds League 32-22 at Annacotty and set up a final meeting with Cork Constitution. Mark Doyle scored two tries for the winners and Ross Butler, James O’Neill and Ian Condell got one apiece. Aidan McNulty kicked two conversions and a penalty. U.C.C. replied with tries from Cillian O’Neill, Kieran Moloney and Willie Devane. Joe Holland kicked two conversions and a penalty.

Skibbereen booked their place in the final of the Cork County Cup with a 22-12 home win over Old Christians. Tries from John O’Sullivan and Ivan Jennings and a conversion by Mark Kingston gave Skibbereen a 12-9 interval lead. Aidan Tobin kicked three penalties for the visitors and he tied up the scores with his fourth penalty early in the second half. A try by Brendan O’Donovan and a conversion and drop goal by Kingston made sure of the west Cork side’s place in the final against Kinsale or Charleville.

Kanturk booked their place in the final of the O’Neill Cup with a 33-17 home win over Crosshaven. Peter Earlie scored two tries for the winners and Simon Mulholland and Dara Lyons got one each. Darragh Meade converted two of the tries and also added three penalties. Paul Memory scored all of Crosshaven’s points, two tries, two conversions and a penalty.

A last minute converted try in extra time gave Clanwilliam a 29-25 victory over Cashel in the final of the Mansergh Cup.

Shannon also reached the last four with a 31-12 victory over Tralee at Coonagh. The visitors raced into an early 12-0 lead but tries from Paddy Reidy, Sean Arthurs, Ritchie Ryan, and two from Emmett McLaughlin, three of which Andrew Thompson converted gave victory to the home side.

The semi final line up in this competition will see Richmond at home to Dunmanway and Shannon will visit Cobh Pirates.

Holders Cashel are through to final of the Webb Cp after their 20-3 home win over Clonmel.

Bandon defeated Clonakilty 13-10 in the other semi final at The Vale. Colm Keane scored a try for Bandon and Kieran Glynn kicked a conversion and two penalties. James O’Driscoll and John Summerfield were try scorers for Clonakilty.

It was a bad day for Fermoy at Musgrave Park as their second string lost the McCarthy Cup Final to Mallow 15-3. Jimmy Glynn kicked five penalties for Mallow and Thomas McAuliffe replied with a penalty for Fermoy.

Dolphin defeated Cork Transport 14-5 to reach the final of the Division Three B League Final.

Holder’s U.C.C. are through to the final of the South Munster Under 21 Cup where they will face Waterpark after a 34-20 win over Dolphin at the Mardyke. Johnny Holland scored two tries for the students and Adrian Timmerman, Joe Holland and Gavin Nugent got one each. Johnny Holland kicked a penalty and three conversions.