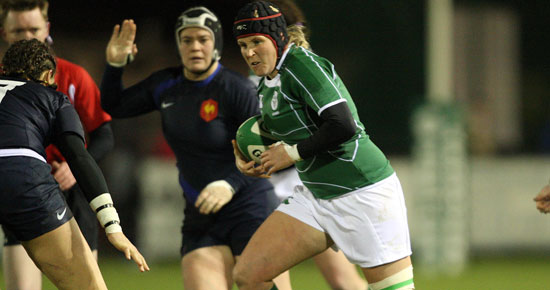 The Ireland Women’s side travel to Meggetland this Friday for their fourth round clash against Scotland in this year’s RBS 6 Nations Women’s Championship. Coach, Steven Hennessy has made five changes to the side that was defeated by England a fortnight ago.

Jeannette Feighery comes back into the starting 15 on the right wing in place of injured Grace Davitt. Shannon Houston has been promoted from the bench to the no. 12 shirt with Helen Brosnan taking her spot in the replacements. Cook team mates Lauren Day and Laura Nicholl make their first appearance of the Championship in a match day squad.

Hennessy said "The England Game was tough, but we played a great first half and are focusing on that performance. While we were obviously disappointed with the end result we took a lot of positives from that game. We have a good record against Scotland, but we won’t be underestimating them on Friday. We have prepared for a tough physical game and are ready for it."

"We are aware this is a vital game, a win on Friday will automatically qualify us for next year’s World Cup and put us in a great position for the final week of the championship where it will be all to play for."