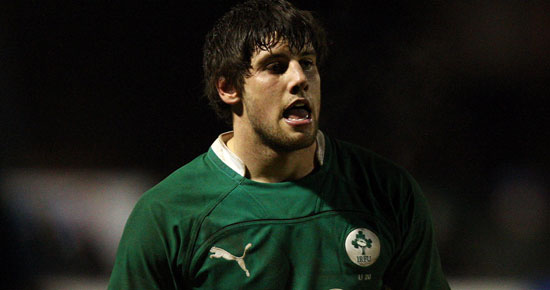 Five Munster players have been included in the Ireland U20s Squad for the Junior World Championship in Argentina in June.

The Ireland Under 20 squad (sponsored by PricewaterhouseCoopers) has been named by Coach Allen Clarke for this year’s IRB Junior World Championship which will take place in the Santa Fé region of Argentina in June. Clarke has named a 25 man squad with one further position to be filled.

Five players return to the Junior World Championship from last year’s squad including Munster academy player Dave O’Callaghan. He is joined by Paddy Butler, Bryan Cagney, Brian Hayes and Simon Zebo, who made his Munster debut against Connacht in the Magners League on Sunday.

The Irish side head into this year’s tournament with the Under 20’s Six Nations title safely tucked under their belt. Clarke said "We are looking forward to the IRB Junior World Championship in Argentina in June and have strong foundations to build on from the work we have done during the Six nations."

Ireland has been placed in Pool B of the Junior World Championship and their opening three games see them play France, England and host nation Argentina.

*Denotes players who were involved with last year’s JWC