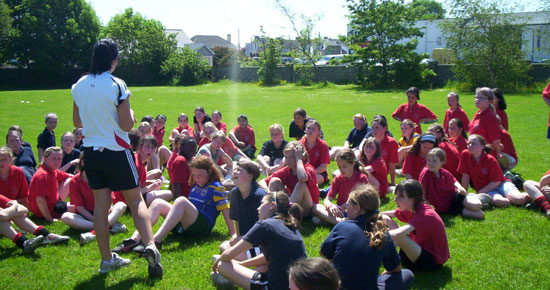 The Sixth Class girls of Ennis NS and Clarecastle NS recently took part in one of the many skills days that are run throughout the province by the Domestic Game Department.

There were over sixty girls on the field, and most had never played before, but were very keen to learn.

They were coached on the day by members of the Domestic Game department, George Guilfoyle, Bridget Ryan, Ed Daly, and Colm McMahon. The girls were coached in the individual skills and were also introduced to the contact side of the game.

Great fun was had by all on the day and it is hoped that more of these events will take place for girls in Clare in the future.

A word of thanks to the schools for supporting the day, all the girls who took part, and to all staff.

New Recruits for the Academy.