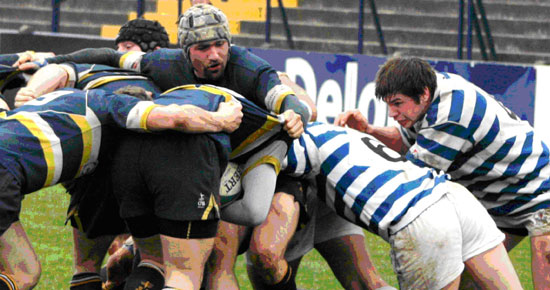 George is the fourth Dolphin player to have ever reached 100 games following in the footsteps of John O’Mahony making 123 appearances, Donnchada Murphy with 122 and Dave Pomeroy with 111 to his credit.

In all, George has played against 30 teams wearing the Dolphin colours and in the flanker position has scored a total of 8 tries, his first against Barnhall back in October 2004.

Dolphin RFC would like to acknowledge George’s contributions to the Club and look forward to him adding to his tally over the coming seasons.