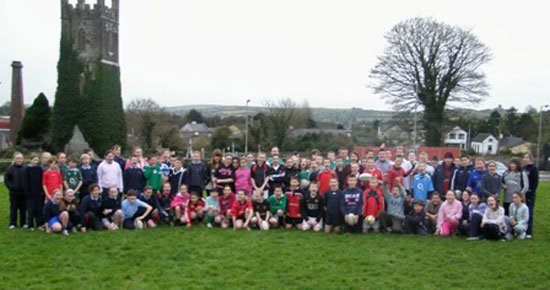 In attendance was Munster Rugby star, Niall Ronan who enjoyed chatting and signing autographs. Niall also handed out medals to every participant and the competition trophy to winners, Glin National School.

The competition was a great success and was enjoyed by all who participated. Estuary RFC look forward to hosting many more tournaments in the future.

CBC and PBC on Collision Course in Junior Cup