Draw for Munster Junior Cup is made 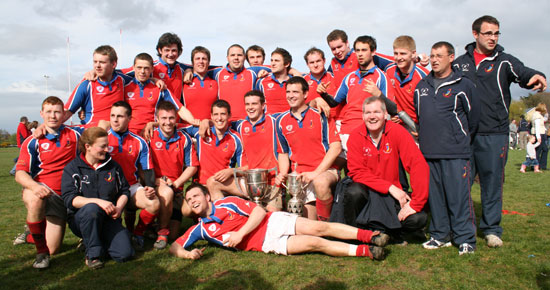 Fifty five sides entered the draw with both Corca Dhuibhne and Shandon playing in the competition for the first time.

Both newcomers received a home draw in the first round with the Kerry Gaeltacht side receiving a home tie against Kilrush and Shandon were paired with Mallow.

There are some interesting ties in the Third Round. Waterpark who will be playing their first XV in the competition following their relegation from the AIB All Ireland League last season will face Cork Constitution.

Holder’s U.L. Bohemian begin their defence with a home tie against the winners of the Dungarvan/Carrick-on-Suir and Midleton/Nenagh Ormond ties.

Beaten finalists Garryowen will play host to either Ennis or Old Crescent/ Killorglin.

Other interesting Third Round ties will see Dolphin host Cashel and the winners will have a home tie against either Shannon or Cobh Pirates in the Fourth Round.

Ballincollig newly promoted to the First Division of the Junior League face a difficult task away to Young Munster with the winners meeting either Cork Constitution/Waterpark in the next round.

The other promoted side to the top flight of the Junior League St. Senan’s were given a home tie against Crosshaven.

Tralee and Clonmel who will be serious challengers for the Junior League title will see the Tipperary side travelling to the Kerry venue while Thurles will try to lower the colours of U.C.C. in their opening game.

The competition will commence in January and the final is scheduled for early April. The full draw is –

Munster Women Back in Action