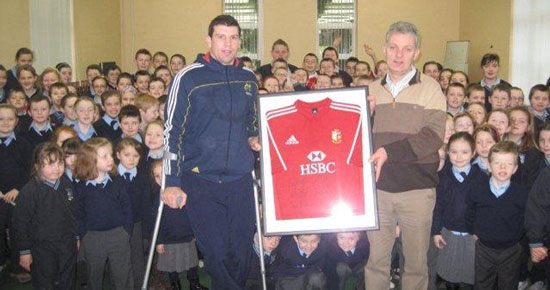 The two North Munster schools were presented with a Lions Jersey signed by Munster’s British and Irish Lions players for providing the most participants from their respective schools to Summer Camps within their local areas.

Students from both national schools were delighted with the opportunity to meet Denis Leamy who spoke to them on his personal experiences as a professional rugby player followed by an open forum for questions.

Munster Rugby would like to congratulate both schools and look forward to the upcoming Munster Rugby Centra Summer Camps 2010.