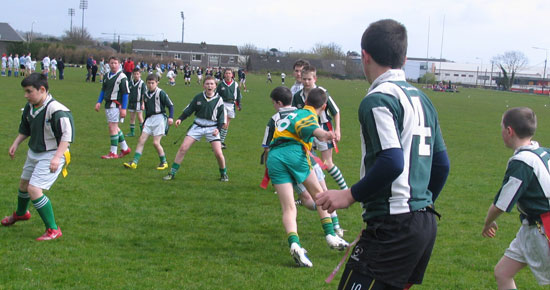 The Cork Primary Schools Tag Extravaganza was recently held in Coláiste Stiofáin Naofa with girls and boys from 28 Schools taking part on the day.

The participating schools ranged from Glengariff to Fermoy and from Schull to Kanturk.

The teams were divided into seven groups of four with each team playing three matches. The day was a great success with no emphasis placed on winning as the matches were scored on a fair play system that awarded points for teamwork, good conduct and sportsmanship.

Pennants were awarded to Lisheen School from West Cork as the overall winners on the day and Goggins Hill School won the Fair Play Award.

Many thanks to CSN for the use of their fine facilities and to all the CSN students and Rugby Development Staff that helped referee and coach on the day.