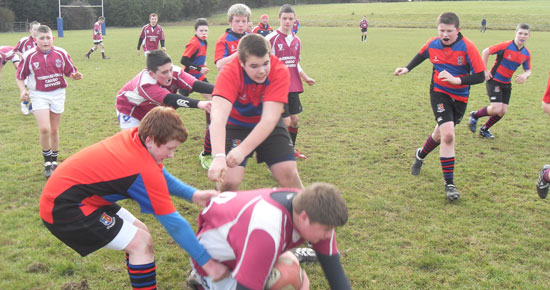 This week they took on St. Munchin’s College in a number of 7 a side games in preparation for the County Limerick U/14 sevens games at Crescent College Comprehensive.

Following some very competitive matches with plenty of skills on display CBS are confident they are well prepared for the upcoming Rugby Schools Sevens 2010.

Waterford and Cork dates and venues to be announced shortly