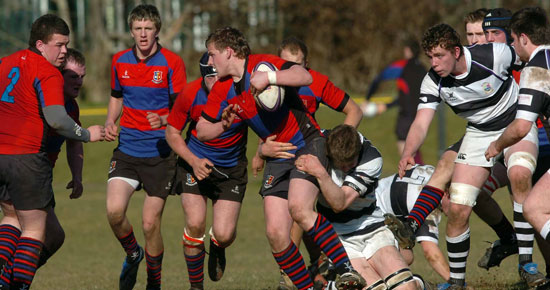 Both of these sides must meet again next Thursday at a Cork venue after the sides finished level at Clifford Park.

The sides were scoreless at half time.

Sean Og Murphy opened the scoring with a penalty for Pres’ five minutes into the second half. Jack Murray brought Munchin’s level on fifty minutes.

Five minutes later Paul Curtin put the Corbally College in front with a try which Murray converted, but Seamus Glynn earned Pres’ a replay with a try ten minutes from time which Murphy converted.

Thanks to Thomas Duggan and Paul O’Connor for their help with this report.