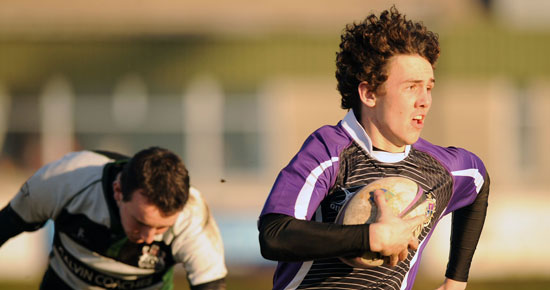 The Avonmore Milk Munster Schools Senior Cup will be played at Thomond Park on March 17th with a 3.00 kick off which sees old rivals P.B.C. and Rockwell clash in the 102 final.

This will be the first final at the famous stadium since its redevelopment and the sides will be competing to become the first side to put their name on a new trophy presented by current Munster Rugby CEO Garrett Fitzgerald.

Both these sides have won the Cup fifty times with P.B.C winning it twenty seven times one behind C.B.C. who lead the honours list.

It was 1991 the last time that these Colleges contested a final. P.B.C. won that Musgrave Park encounter 4-0 with a try by skipper John Kennefick.

Rockwell will be contesting their second successive final having lost to C.B.C. in last year’s decider 33-19. JJ Hanrahan, Ross Mullane, Tom Doyle and Shane Buckley are all survivors from that team.

They began their campaign with a 27-8 win over St. Munchin’s and followed up with 19-8 victory over Ard Scoil Ris. The Tipperary College looked like they were going to make their exit in the semi final to Castletroy College but an injury time drop goal by JJ Hanrahan saw Rockwell through to the decider.

P.B.C. have played four ties to date all at different venues. They began their campaign with a 16-3 win over Ard Scoil Ris at Rosbrien. Bandon Grammar were beaten 27-9 in the quarter final at Temple Hill, a result that did not do justice to the effort of the West Cork School.

Pres’ needed two games to overcome St. Munchin’s in the semi final. At Clifford Park the sides played a 10-10 all draw but an excellent display at the Mardyke saw the P.B.C. book a final place with a 30-3 victory.

The game will be refereed by Leo Colgan (M.A.R.) who will be officiating at his second final.