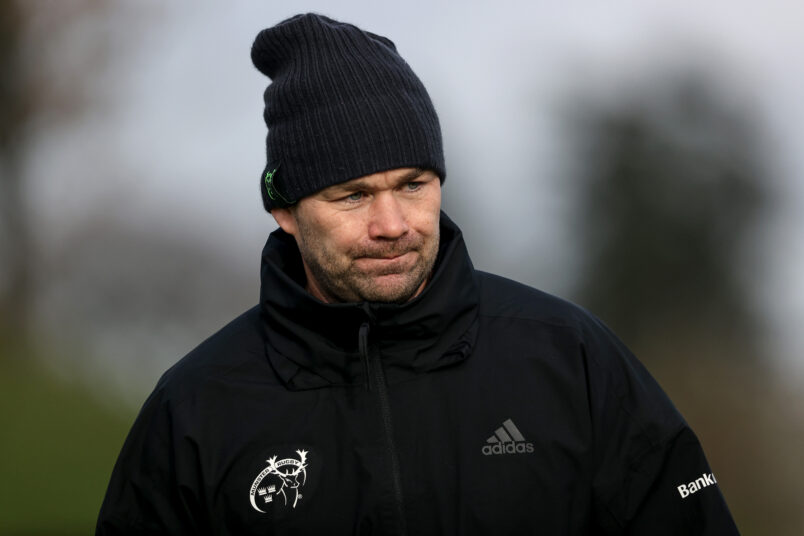 For the latest update on the province’s player pathway, we spoke to Elite Player Development Officer Brendan O’Connor.

Tipperary man O’Connor, a former Munster and Connacht player, joined the Academy department over the summer having previously worked as Coach and Player Development Officer.

On the injury front, Tony Butler, Mark Donnelly and Daniel Okeke have all been unavailable in recent weeks.

A Munster Development side will face the Ireland U20s at the end of December with fixture details to be confirmed later this month.

“I’m not in with the Academy day to day, I am mainly with the National Talent Squad (NTS) players.

“We have NTS collective sessions so players come together to train on Mondays as much as possible in either Cork or Limerick. There are also sessions on Tuesdays and Thursdays around skills and positional work.

“I’m based in Musgrave Park but there would be a lot of crossover between Tommy [O’Donnell], who is based at the HPC, and myself between NTS players and Academy players.

“The players I would be involved with play either in the AIL, schools rugby or at underage level with their club.

“I would also be up in the HPC with the Academy players so it’s a nice flavour of both.”

“We all share information and thoughts on young players across the province who are on the pathway.

“Graham could be looking for non-contracted players to come in and train for numbers reasons or injury reasons and we might say ‘let’s get this fella up and expose him to it’.

“There would always be a depth chart and we’d all know what the next three to four seasons look like from a player point of view in each position.

“We produce a lot of high quality players but in certain positions you may not be quite as strong. It’s our job to look at that position and try to back-fill it and see if we can get fellas up to that level, it could even be a positional switch to try and bolster that depth chart.

“There are open conversations happening all the time about our depth chart and where we are with that.“

“The Ireland U20s will select their initial squad for the 6 Nations in the next week or so. Some of our lads will hopefully be in that squad but they will come back to play for Munster against the Irish U20s at the end of December.

“We will give the lads the best platform to show what they can do and give them game time. That will give our fellas a really good opportunity to put their foot forward for U20s selection and get game time in front of the Irish U20s coaches to show what they’re about.”