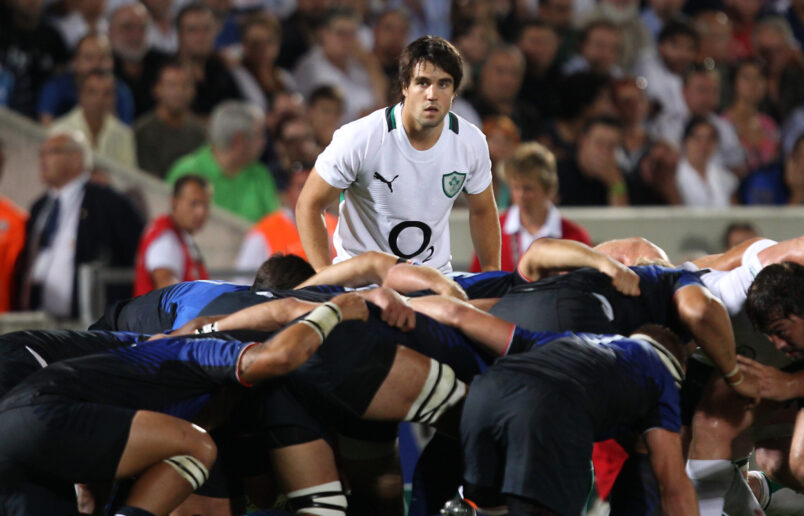 Conor Murray on his Ireland debut against France in August 2011. Inpho

Munster’s Conor Murray will add another achievement to his fantastic career on Saturday as he starts at scrum-half on his 100th appearance for Ireland against South Africa, becoming the eighth player to reach the milestone.

The Limerick man joined the Greencore Munster Rugby Academy in 2008 and made his Munster debut two days before his 21st birthday away to Connacht in April 2010.

Within 18 months, he was the first choice scrum-half for Munster and Ireland and won the 2011 Magners League with his province. He made his Ireland debut against France in a World Cup warm-up in August 2011 and by the 2011 World Cup quarter-final, he had forced his way into the starting 9 jersey for the quarter-final clash against Wales.

He has been a crucial squad member for Munster and Ireland ever since and has won a Grand Slam and two 6 Nations titles at international level.

Murray’s quality was also recognised by the British and Irish Lions and he has toured with the Lions on three occasions, helping them to a series victory in Australia and a drawn series in New Zealand.

He most recently toured with the Lions last summer and was named captain while Alun Wyn Jones recovered from injury.

In December 2020, he was named in World Rugby’s Team of the Decade (2010-2019) after a brilliant ten years with Munster, Ireland and the British & Irish Lions.

We spoke to him following that achievement to speak about his career to that point, scroll down to watch the interview.