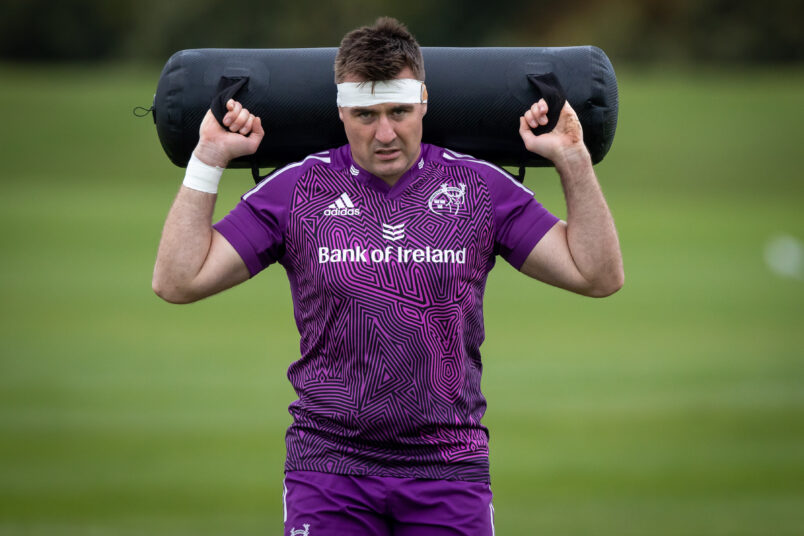 The Munster squad are on a down week following Saturday evening’s BKT URC game against Ulster at Thomond Park.

The players and coaches will return to the HPC next Monday in preparation for the sold-out Munster v South Africa Select XV game, in association with Pinergy, at Pairc Uí Chaoimh on Thursday, November 10 (7.30pm).  Planning and operations are well underway for hosting the first ever rugby game at Cork GAA’s headquarters in what is sure to be a memorable occasion.

There are 13 Munster players in Ireland camp preparing for the respective Bank of Ireland Nations Series and Ireland ‘A’ game against the All Blacks XV, while Malakai Fekitoa is training with the Tonga camp this week.

Tom Ahern was ruled of of involvement in this week’s Ireland ‘A’ fixture as he waits to meet with the specialist for a shoulder injury sustained against Leinster.

Niall Scannell was removed for a HIA during Saturday’s Round 7 encounter and will undergo return to play protocols.

RG Snyman had a routine consultation with his surgeon last week and following the review the lock is not expected to be available for selection before the end of December.

There were six players, including four Greencore Academy players, in All Ireland League action at the weekend.

James French lined out for Highfield RFC as they suffered a narrow defeat away to Old Wesley.

Academy prop Kieran Ryan was in action for Shannon RFC with fellow academy player, Jack Oliver, the starting scrum half for Garryowen FC in their derby game against Cork Con.