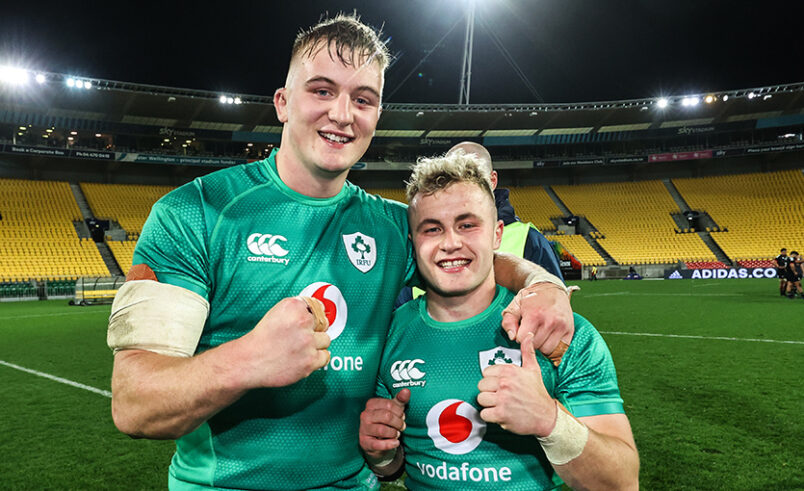 The Ireland coaching group have named the Ireland ‘A’ Match Day Squad that will take on the All Blacks XV at The RDS on Friday evening (Kick-off 7.45pm, live on Virgin Media in Republic of Ireland – tickets are available here).

Jamie Osborne is one of three from the Emerging Ireland squad in the starting line up alongside Prendergast and McCarthy.

Diarmuid Barron, Jack Crowley, Max Deegan and Calvin Nash, who were also on the Emerging Ireland Tour to South Africa, are named among the replacements.

Craig Casey will captain the side which features Jacob Stockdale, who last lined out for Ireland against Japan in July 2021, while among the replacements is Marty Moore whose last game for Ireland was against Scotland in March 2015.