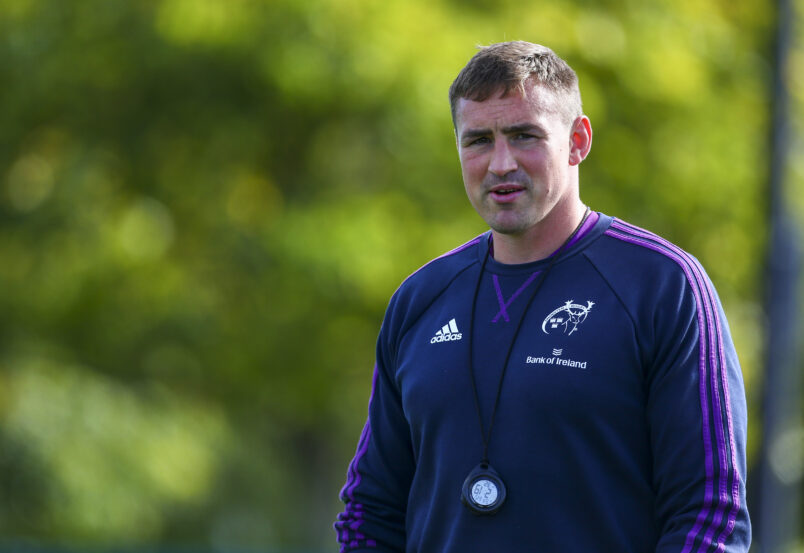 For this month’s Academy Update, we spoke to ex-Munster and Ireland international Tommy O’Donnell about his new role as Elite Player Development Officer.

Tommy rejoined the province in August to work with the Greencore Munster Rugby Academy having retired from the game in 2021.

A one-club man, O’Donnell made 187 Munster appearances over 14 years and earned 13 Ireland caps.

On the injury front, Academy players Daniel Okeke (hamstring) and Mark Donnelly (knee) are both set for a spell on the sidelines with Tony Butler (ribs) also unavailable.

“It’s fantastic to be back. It takes you leaving an environment like this to make you realise how quickly it moves and the hustle and bustle of every day so it’s great to be back in and working with this group of lads.”

Moving from playing to coaching…

“I was preparing for a world outside of rugby, I was in the middle of completing an MBA and I was working outside of rugby. While I was playing, I didn’t think I’d enjoy coaching as much as I did but last year coaching with UL Bohs really kept that fire alight.

“Then when the opportunity came up here when Kyri [Andi Kyriacou] moved up to the senior role I threw my name into the hat. Thankfully I got the role.”

Differences between playing and coaching…

“It’s very interesting in that you’re trying to get lads better and at the same time I’m trying to hone my craft so I can be a better coach and get my message across as succinctly as possible and hopefully connect with lads.

“Obviously lads learn in so many different ways so it’s important to connect with them as much as possible and hopefully transfer the information as easily as possible.”

Working with the current crop of Academy players…

“They are a great bunch of guys. They come and seek information and are really open to feedback. They’re eager to learn and eager to progress.

“You constantly have to be thinking about where these players are in their development, what are their lifestyles away from the building, what are they currently dealing with as they adjust to college life while playing professional rugby.

“What we require from our Academy guys is to follow the senior schedule, attend college and play with their club so you constantly have to think about them and how we can help them as much as possible.”

Academy players playing in the URC…

“What’s fuelling their eagerness to progress seeing seeing guys their age or a year older than them who have accelerated into the senior squad.

“We’ve got guys who have just come into the Academy and they’re getting senior caps, that’s amazing and it fuels the fire for the young lads and helps them drive on.

“There’s nothing like being exposed to those high intensity games and it just opens a guy’s eyes. It makes them realise how important it is to hammer home those basic skills, your fitness, your nutrition.

“The guys that get that exposure come back with a lot of energy and a lot of drive because they want to continue getting that senior game time.” 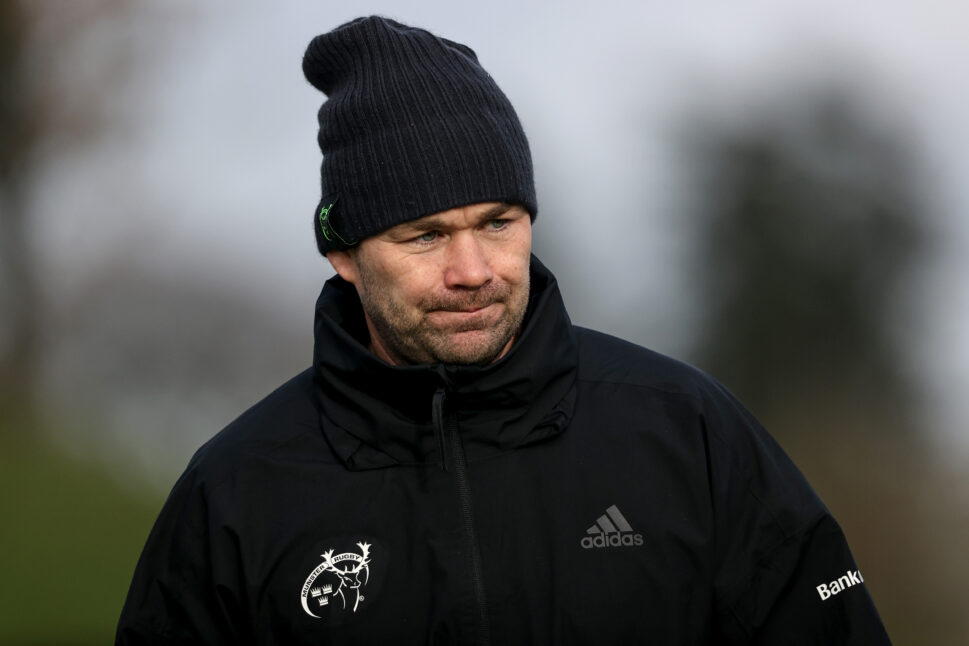 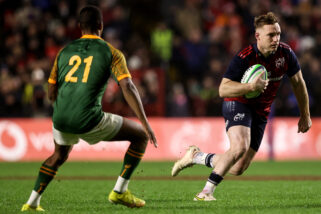