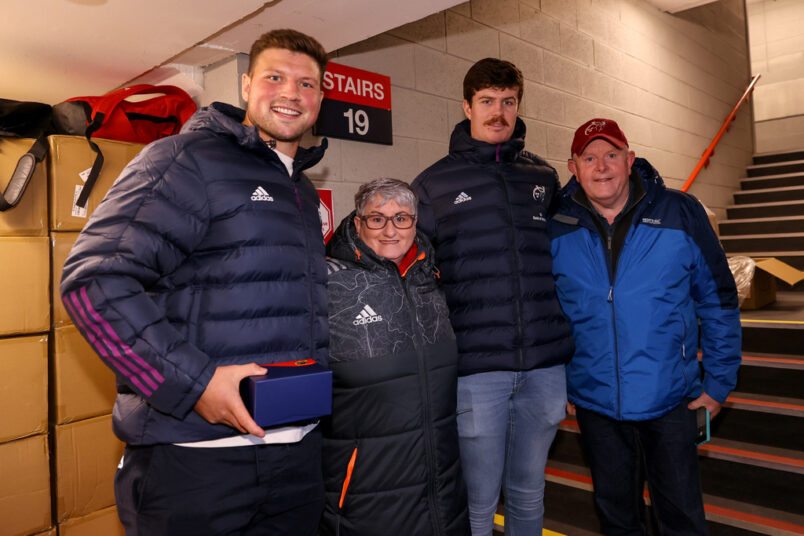 Please see below a summary of the updates shared with Supporters Club members.

In managing overall player budgets the pandemic proved challenging with the need to reduce squad personnel and release a number of players due to the ever-changing financial landscape.

The focus always remains on developing players through the Munster clubs and schools with almost 70% of the senior squad having progressed from the provincial pathway.

The commercial programme has seen continued growth with positive numbers for the 2022/23 season with MRSC renewals up 5% and Season Ticket sales up by 2%.

The ongoing support and commitment to the province was again recognised at the AGM with the MRSC acknowledged for their efforts, in particular for their support of the Munster v Toulouse game at the Aviva.

In addressing the financial challenge during the Covid period, a cost reduction programme was introduced and Munster Rugby was hugely grateful for the income received from the Government, IRFU and CVC during that time. Positive accounts for 2021/22 will reflect a surplus, however this is due to the receipt of exceptional income.

On returning to normal operations this season there is a huge focus on achieving a cash-flow break even position. The IRFU continues to be supportive on all fronts.

Investment in Thomond Park and Musgrave Park did continue over the last two years with both venues generating returns on successfully hosting large-scale concerts.

The Centre of Excellence plans are progressing with a planned project start for July 2023 in Cork.

Supporters Club Membership Packs continue to be distributed on match days and more details will follow for the upcoming games in Thomond Park.